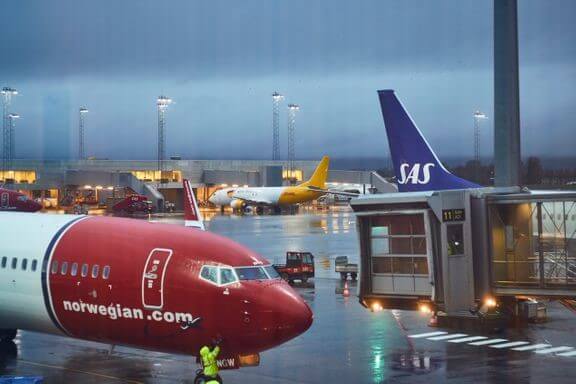 A total of 3,384,000 passengers travelled to or from Avinor’s airports during the month of October.

This is more than double the figure for the same month in 2020, but also represents a 32 per cent reduction compared with October 2019.

The largest growth has been recorded for international traffic.

“We are seeing a sharp increase in terms of passengers travelling on international flights, correlating clearly with the fact that Norwegian government advice against global travel was lifted on 1 October,” says Gaute Skallerud Riise, Avinor’s Vice President Traffic Development.

Overall passenger traffic rose by 22 per cent from September to October. Compared with 2019, the decline in traffic in October 2021 remains significant, but the decrease has been reduced by 13 percentage points since September.