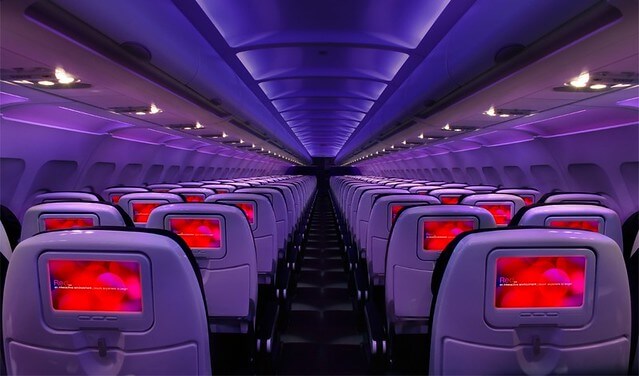 International travel had the biggest impact on Covid death rates in the first wave, according to a new study,

Researchers from the University of Aberdeen studied a range of factors including border arrivals, population density, the population of people living in urban areas, BMI, age and smoking prevalence.

They found that an increase of 1m international arrivals correlated to roughly a 3.4 per cent rise in the mean daily increase in Covid deaths.

Tiberiu Pana, one of the authors of the study, said: “We found that international travel was the strongest predictor of mortality increase.

“Our assessment of available data indicates that very early restrictions on international travel might have made a difference in the spread of the pandemic in western Europe, including the UK.

“These findings are particularly important as the world looks to control future waves and strains of the Covid-19 pandemic and prevent related deaths.”

The study comes amid government confusion over the introduction of hotel quarantine measures on international arrivals.

Prime Minister Boris Johnson yesterday said the health secretary would be providing an update on the measures today. However, a Number 10 spokesperson later clarified that this was not the case.

Scientists are concerned that new mutations first identified in South Africa and Brazil could prove resistant to current vaccines.

The South African variant was first identified in the UK on 23 December, while ministers first discussed introducing hotel quarantine measures 29 days ago.

Vaccines tsar Nadhim Zahawi’s assurance this morning than an update would be given in “the next few days” did little to assuage hotel chain bosses, who said they have received no communication from the government.

Rob Paterson, chief executive of Best Western hotels, told BBC Radio 4’s Today programme: “We got the understanding that quarantine hotels was something going to be considered in the UK quite some time ago and we’re yet to understand exactly what the protocols are required of the hotels.”

“We’ve set out a set of protocols, suggested protocols, we’ve shared that information, and we’ve offered our support and we’re yet to hear anything,” he added.

“To this day we simply haven’t heard anything despite multiple offers.”

Nicola Sturgeon on Tuesday announced Scotland would introduce a “managed quarantine” on all arrivals to the country — not just those from a list of “at-risk” nations — after slamming the central government’s hotel quarantine plans as inadequate.

But speaking at a Downing Street press conference yesterday, Johnson pushed back on suggestions England would enforce a full border closure, insisting that the UK has “one of the toughest border regimes anywhere in the world”.

He suggested the shape of the new measures would include “restricting as much as we can any risk of importing new infection into this country without totally secluding the UK economy — 75 per cent of [our] medicines from Europe and 45 per cent of our food comes from overseas”.