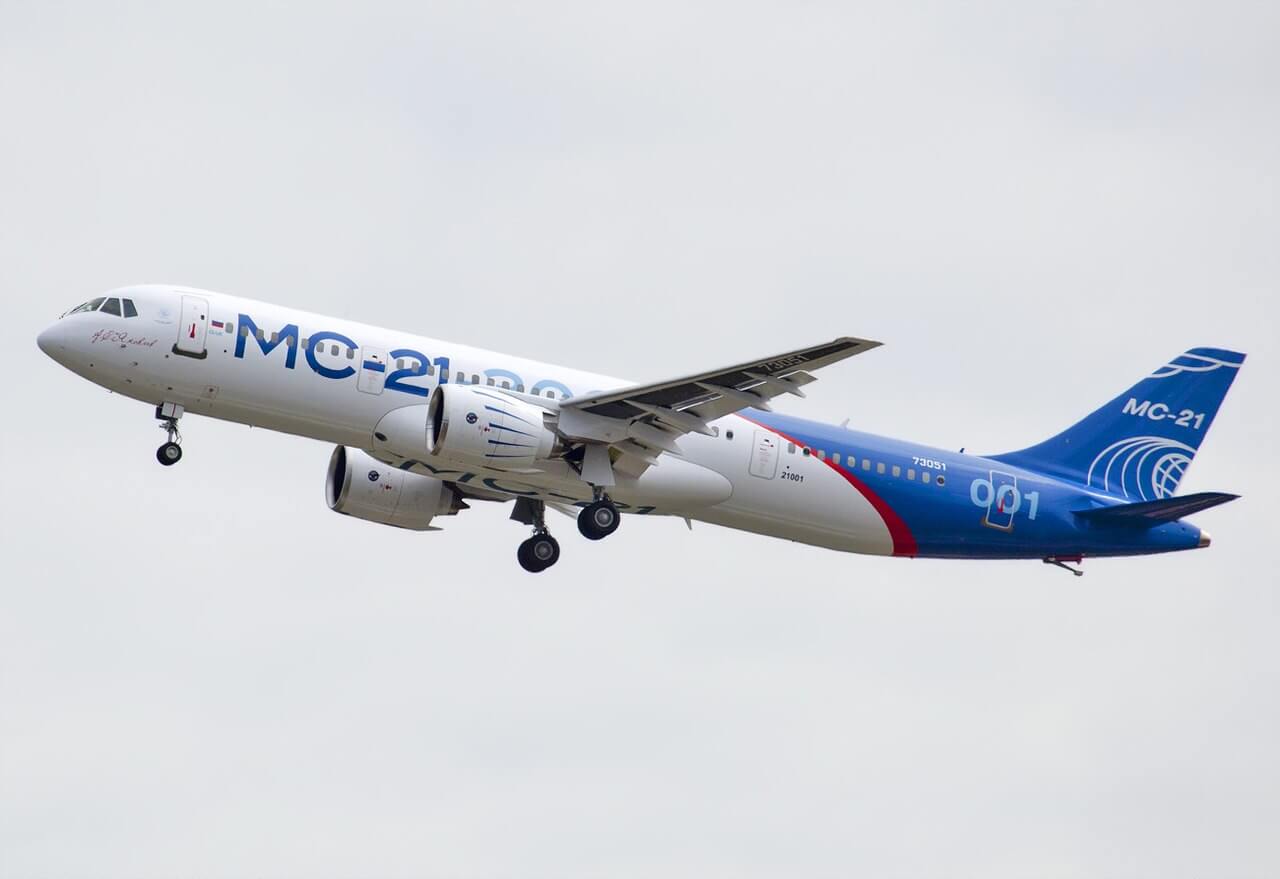 Russian aircraft manufacturer Irkut will begin deliveries of its new MC-21 airliner by the end of 2021. Irkut has 175 firm orders for the type. Aeroflot (SU), Russia’s flag carrier, will be the launch customer.

The MC-21 is a single-aisle twinjet aircraft intended to replace the Tupolev Tu-154 Careless. Initial designs for it arose in 2006. The aircraft features a carbon fiber reinforced polymer wing and has the option to be powered by Pratt & Whitney PW1000G or Aviadvigatel PD-14 turbofan engines. There are two variants: the standard MC-21-300 and the shortened MC-21-200.

In a two-class configuration, the -300 holds 163 passengers while the -200 holds 132 passengers. A smaller -100 variant was proposed but the development of the Sukhoi Superjet 100 replaced it. Irkut wants to introduce stretched variants of the MC-21 in the future. Ilyushin Finance is already expressing interest in purchasing 20 to 60 of these aircraft.

Irkut’s initial plan was to introduce the MC-21 in 2012. The aircraft was still in development then, so the company chose to change the date to 2020. The first prototype rolled out on June 8, 2016, and performed its maiden flight on May 28, 2017. Irkut hopes to complete certification trials in 2021.

Russian trade and industry minister Denis Manturov mentions that because of COVID-19, further delays are impacting the MC-21’s flight tests.

“Leaving all [pandemic-related] safety requirements in place, we should bear in mind that we should follow the original testing timelines as much as we can,” he explains, “so that we could complete the principal work this year and get the certificate and start deliveries of this aircraft to our key customers next year.” Irkut now follows a properly-adjusted schedule as a result of the pandemic.

Manturov also says MC-21 deliveries will primarily be for Russian carriers. “This doesn’t mean that we are not considering foreign markets. We are working on that and have preliminary orders from foreign customers as well. But we will prioritize deliveries to EAEU and CIS countries, and we have enough orders for Russian airlines. Then we’ll be moving beyond the outer contour.”