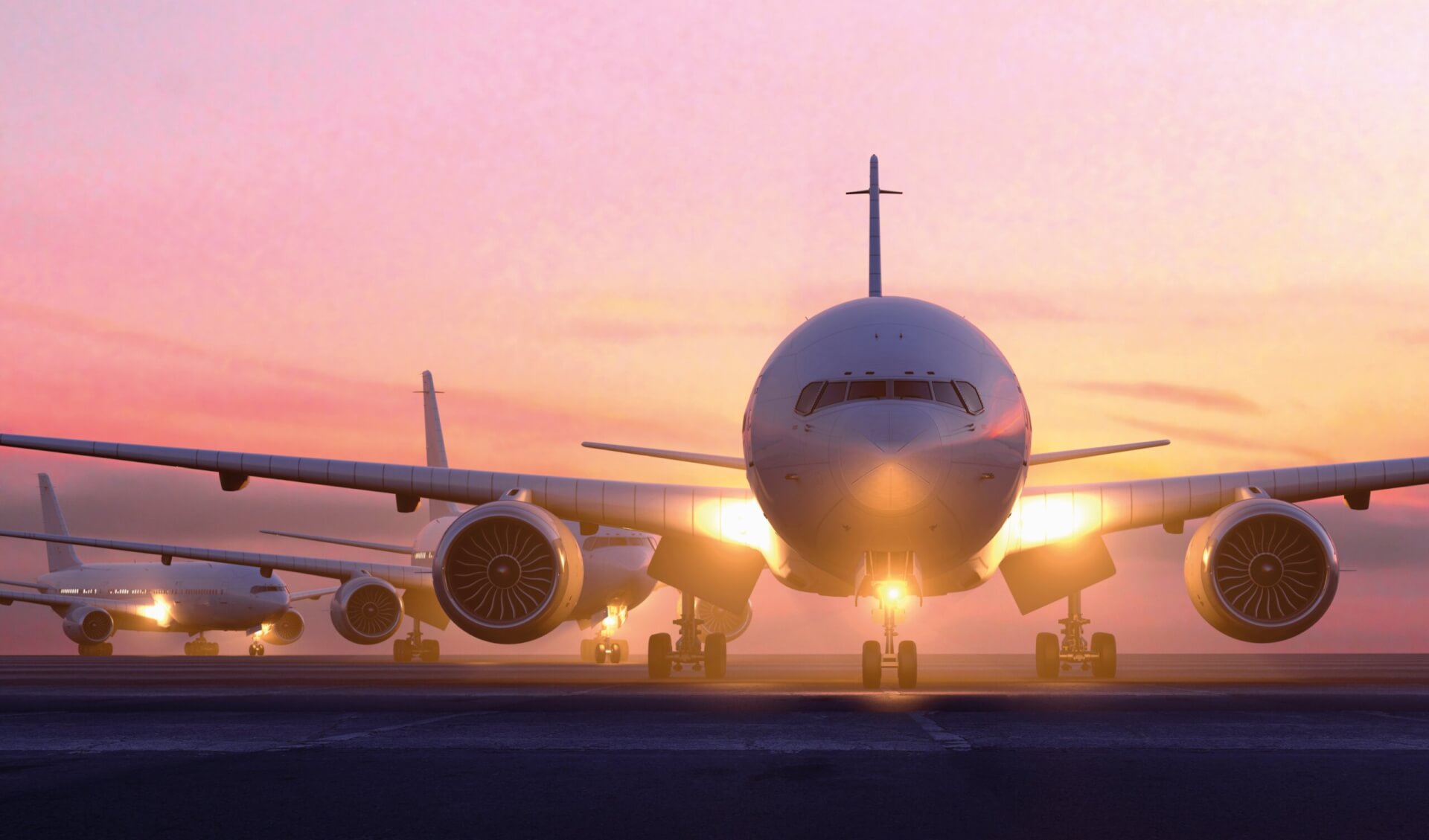 We take a deep dive into three travel stocks affected by the pandemic and look at what could be next.

A few weeks ago we looked at what could be next for the hospitality industry. Like the hospitality industry, travel is another area that’s been seriously affected by Covid-19. Its major swings during the height of the crisis also attracted some investors looking to try and time the market – a notoriously difficult thing to do. Airlines in particular had a very bumpy ride.

While some uncertainty still lingers, we’re a lot closer to normal than this time 18 months ago. So, we think now’s a good time to have a closer look at some of the companies affected by travel disruption and review the long-term picture. Because that’s what investors should be focused on before deciding whether or not to invest.

This article is not personal advice, if you’re unsure whether an investment is right for you, seek advice. All investments can fall as well as rise in value, so you could make a loss. Past performance isn’t a guide to the future.

Investing in individual companies isn’t right for everyone – it’s higher risk as your investment is dependent on the fate of that company. If a company fails, you risk losing your whole investment. You should make sure you understand the companies you’re investing in, their specific risks, and make sure any shares you own are held as part of a diversified portfolio.

To help you get a better idea of the bigger picture for companies, our team of equity analysts offer free share research on a large selection of the UK’s biggest stocks.

You don’t need us to spell out why it’s been a tough time for airlines lately. But easyjet is in a much better position than we’d feared, and it feels like the worst of the crisis is behind them. Passenger numbers in the first quarter, which ended in December, were up almost threefold to 12m compared with the same period the year before.

For the final quarter of this year, the amount of capacity on-sale is similar to pre-pandemic levels. The group’s expecting strong summer demand, helped by the government’s decision to remove all travel testing requirements.

easyJet has a leg up because it’s a short-haul airline. Shorter travel is recovering a lot faster than long-haul. It also lends itself to more of a last-minute booking culture, which has been heightened by current conditions. The group’s also bolstered its flight network, potentially making it more attractive to customers.

The first quarter showed that pre-tax losses almost halved to £213m. At the same time, easyJet was burning through an average of around £34.6m in cash a week – down from £74.5m the year before.

So all-in-all easyJet’s prospects look much better than when the pandemic hit.

But that doesn’t mean it doesn’t face any challenges.

While demand is looking brighter, it’s still possible that Omicron fears, or other variants, upset plans.

Airlines, especially short haul, also operate in an extremely competitive environment. For a lot of customers, the main thing they think about when booking is price. easyJet offers a higher degree of convenience by flying into more premium/centrally located airports than some of its competitors, which means it has a bit of room to charge slightly more.

But as inflation continues to bite and discretionary spending comes under fire, we could see convenience swapped for an all-out race to the bottom on prices. We could also see people spending less on foreign holidays as purse strings tighten. These are unlikely to be fatal problems, but margins would suffer.

VIEW THE LATEST EASYJET SHARE PRICE AND HOW TO DEAL

Rolls Royce makes a lot of its money servicing engines. That revenue is based on the number of hours those engines – usually for large twin-aisle long-haul aircrafts – spend in the air. So called Engine Flying Hours, or ‘EFH’ are still around half of normal levels.

Making and servicing long-haul engines comes with phenomenally high fixed costs. That means Rolls has seen some serious dents appear on the balance sheet. Net debt stood at £3.1bn as at the end of June 2021, which when stacked up against operating profit of £31m is substantial. Fund raising by selling new shares, taking on more debt and refinancing means Rolls isn’t in imminent danger from a liquidity perspective. But equity raises come at the expense of existing shareholders.

When asking where Rolls stands now the pandemic is receding, the answer is on a much thinner frame. The group underwent an enormous restructure, which included around 9,000 redundancies. Investment is also being funnelled away from Civil Aerospace, which was the core business.

However, there are some positives. Rolls’ smaller structure should make it more efficient moving forward. The group is also blessed by a multi-billion pound order book, which gives it some revenue visibility. That’s bolstered by reliable defence contracts.

Truth be told, it’s hard to give as much of a holistic view as we’d like. That’s because Rolls Royce is currently very hard to value using our preferred metrics. Enormous write-downs on the value of its assets have thrown figures through a loop. Looking at sales, the shares change hands for under one times expected sales. That’s low – but remember ratios shouldn’t be looked at in isolation, it’s important to consider the bigger picture.

There’s an argument to say that Rolls’ very high barriers to entry and market position mean many of its long-term attractions remain intact. Keep in mind though, there’s still uncertainty around and new loan terms mean dividends aren’t likely before 2023, which keeps a ceiling on expected total returns.

VIEW THE LATEST ROLLS ROYCE SHARE PRICE AND HOW TO DEAL

In normal times, Expedia’s operating margins hovered between 10–12%. The pandemic saw those drop to an alarming -22%. That’s because, you’ve guessed it, no one was going on holiday.

Expedia is US listed and owns a number of different travel sites, most are price aggregators across package holidays, flights or hotels – think trivago. It’s aimed at individual holiday makers, as well as businesses that want to advertise on Expedia’s various sites.

Full-year earnings were much better than expected, and the group said the effects of the latest Omicron wave had been less severe than feared. Gross bookings in the final quarter were 25% down compared to the same time in 2019. Given the disruption that came with Omicron, this isn’t bad going in our opinion. But there’s still some way to go. It stands to reason that as travel restrictions continue to ease, so too should Expedia’s own trading and profits.

But while the pandemic has certainly made its mark, it’s done little to dispel our biggest concern. Competition in the sector is fierce, with price being the main factor behind customers’ ultimate choice. That limits how far margins can lift.

We also worry about the rise of staycations. As millions of people became accustomed to sticking within their home-borders for their leisure breaks during Covid-19, a permanent preference to this kind of holidaying would hurt Expedia. Some of that can be partially offset by hotel bookings, which of course can come from domestic demand. But as long as international travel is limited, there’s a ceiling on Expedia’s revenue in our opinion.

Increased use of DIY holiday tools like Airbnb are also worth thinking about. We’re not suggesting hotels and package holidays are doomed, far from it, but we do question how much of a bite the pandemic has taken out of the long-term addressable market.

Expedia is also carrying a little more debt than we’d like. This is expected to come down significantly over the coming year, but focusing on reducing debt could limit investment elsewhere.

Given the swings in operating performance over the last couple of years, it’s hard to value Expedia using our preferred method – the price to earnings ratio

The price to earnings ratio tells you how much investors are willing to pay for every pound of profit a company delivers. It’s calculated by dividing the share price by the adjusted earnings per share for the previous financial year.

But looking at sales, the group’s forward price to sales ratio is 2.4. That’s a way above the longer-term average, reflecting the strength of Expedia’s brands and scale. It does also increase the likelihood of ups and downs as long-term travel demand patterns settle into their new normal.

VIEW THE LATEST EXPEDIA SHARE PRICE AND HOW TO DEAL

Original article: Is it time to review the travel sector? | Hargreaves Lansdown (hl.co.uk)