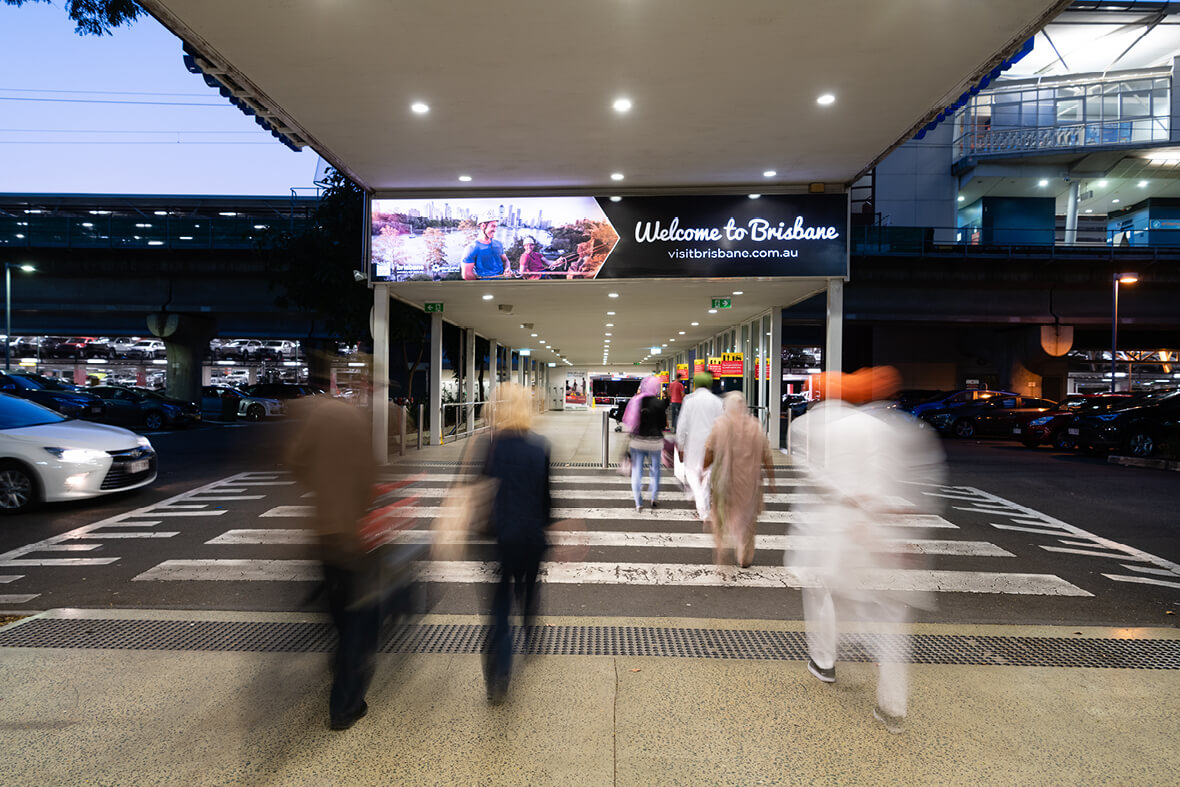 Australia was among the most locked-down of countries during the pandemic. Now its airports are plotting their routes back to prosperity with an eye on big sporting events in coming years. Tony Harrington talks to the major players

The nation’s biggest airport, Sydney Kingsford Smith, is also preparing for life after Covid, but in a very different way to Melbourne and Brisbane. With very
limited land free to develop on its inner-Sydney site, the gateway has focused on redeveloping the facilities it already has (including a premium brands retail precinct within its international terminal) as it rebuilds under new management, while also trying to win back airlines that withdrew during the pandemic.
But it is not just this airport that will take Sydney forward beyond the pandemic. And nor are its greatest concerns the increased competition from the expanding Melbourne and Brisbane gateways.
Arguably the biggest challenge to Sydney Airport is the region’s second major air hub, the new Nancy Bird-Walton Airport now taking shape in Western Sydney. After close to a century of discussion, debate and controversy, it is due to open officially late in 2026.
But unlike other airports in Australia, which are carefully developing their post-Covid funding and growth strategies, the new gateway will not have the same issues.
It will be owned by the Commonwealth of Australia, connected to major transport, industrial and social infrastructure and corridors, and embedded in a region with a potential passenger catchment zone bigger than either Adelaide or Perth. Politically, there is bipartisan support for this airport to succeed.
It will be international, offering not just a new option for passengers but also a fresh 24/7 option for freight airlines.
It will be curfew free, which Kingsford-Smith is not, and will have all-weather capabilities, providing the option of low-visibility operations not available at the main airport.
Presuming air transport recovers by 2024 as expected and remains on track, Western Sydney will represent a huge step forward for Australian aviation after the big step back it has just taken.