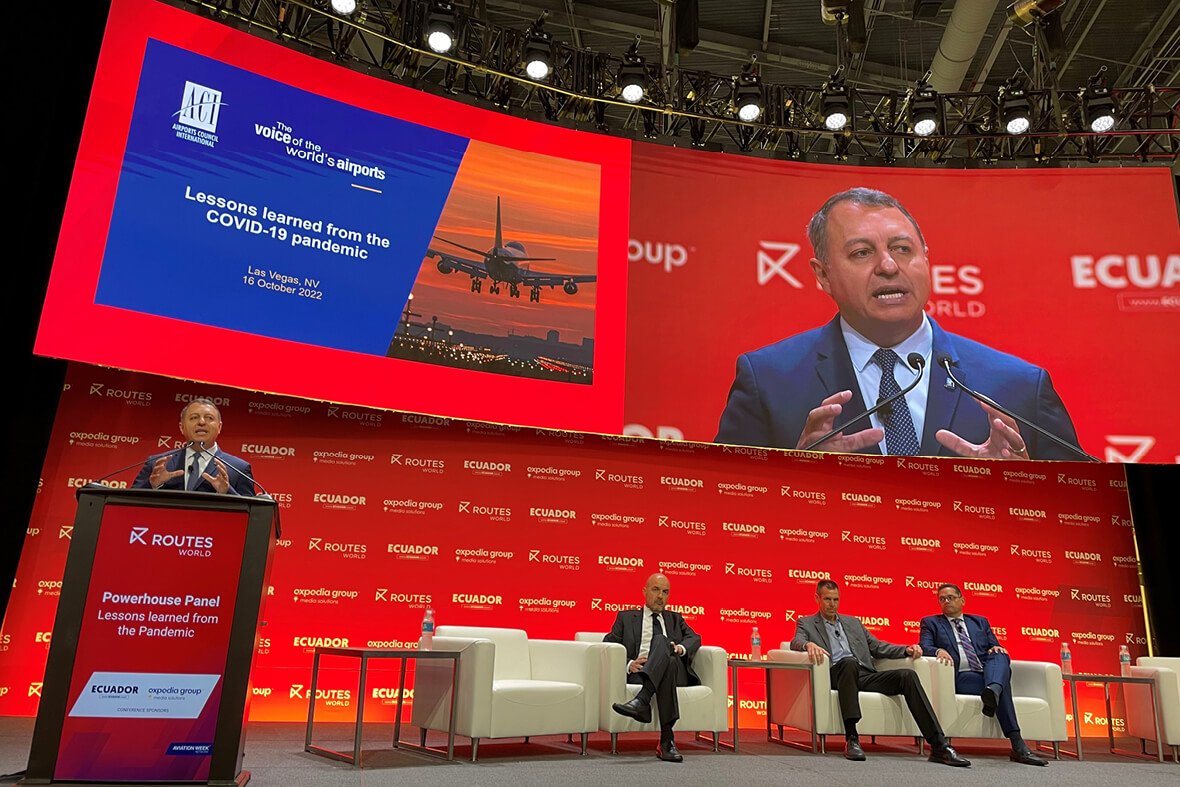 Avoiding the mistakes of the past, especially following a crisis, is key to ensure a more successful future. In the post-Covid travel world, the ‘lessons learnt’ question is one that many are asking as the disjointed global response to the pandemic is analysed.
The answer should another pandemic event occur is improved global collaboration to fight the spread of a virus while ensuring the response is proportionate, well thought through and based on scientific evidence.
Mateo Estrella, Advisor to Ecuador’s Ministry of Tourism, told delegates the government in Ecuador realised the necessity of closing its borders in 2020 as Covid infections surged and was alert to the policies needed to reopen them. Tourism is the third-largest revenue stream for this country in the northwest of South America, so “it was very important was us to be open to the world”, Estrella explained.
Ecuador understood the need to restart its travel industry and swiftly implemented a mass vaccination programme, starting with people in hospitality and travel industries, to enable it to open for business as soon as possible, he said. “Countries that opened first [or did not close] are recovering fastest, and his government was determined Ecuador would be at the head of that pack.
The country’s travel volumes have recovered to 84% of 2019 levels and by the first quarter of 2023 Estrella expects full recovery. Low-fare carriers have fared the best and are even seeing traffic levels above 2019, he said.
Turkey was one of the countries that kept its lockdown period as limited as possible, and in fact “hardly ever closed our borders”, said Kadri Samsumlu, Chief Executive of iGA Istanbul International Airport. One of the key lessons to learn is that “we should not panic. We should not close borders next time,” he said.
A reason for border closures is that state health authorities were prominent in the Covid response, said de Oliveira of ACI World. The inference is that their voice was much stronger than that of other government departments, especially transport. Turkey was different. “We left as little as possible to the responsibility of the Ministry of Health and are very grateful to the deputy Minister of Transport for his efforts [to keep the country open],” explained Samsunlu.
Peter Ingram, President of Hawaiian Airlines, described how his business had a different recovery experience to that of carriers based on the US mainland because Hawaii remained closed for longer. Faced with months of negative revenue, plus lots of ticket refunds, Hawaiian cut costs, raised money, allowed early retirements and let staff go on long-term leave, he said.
To avoid the need to quarantine in Hawaii, the carrier installed shipping containers with testing equipment and staff at some of its destinations, said Ingram. “We realised there were things we could do to get the health authorities over the hurdles,” explained Ingram. “In hindsight we would have done a lot more of this.”

Staff considerations
“In retrospect, most airlines under-planned for the pace of the recovery,” Ingram said (and he includes his own in that number). “Probably the most important lesson for me is that it is incredibly important to remember the airline industry is about the people who work for our companies.”
“We are a service industry,” said Samsunlu. “The biggest asset is your people, and you cannot expect loyalty when you don’t back people… We are going to have to be more generous going forward.”
At Hawaiian, Ingram clearly saw that office workers valued the flexibility of working from home and that the hardest thing is to get people back to front-line roles. “There is much more for us to do in rethinking the relationship we have with employees, and we have to re-do processes so we can bring employees on with a shorter period of training,” he said.