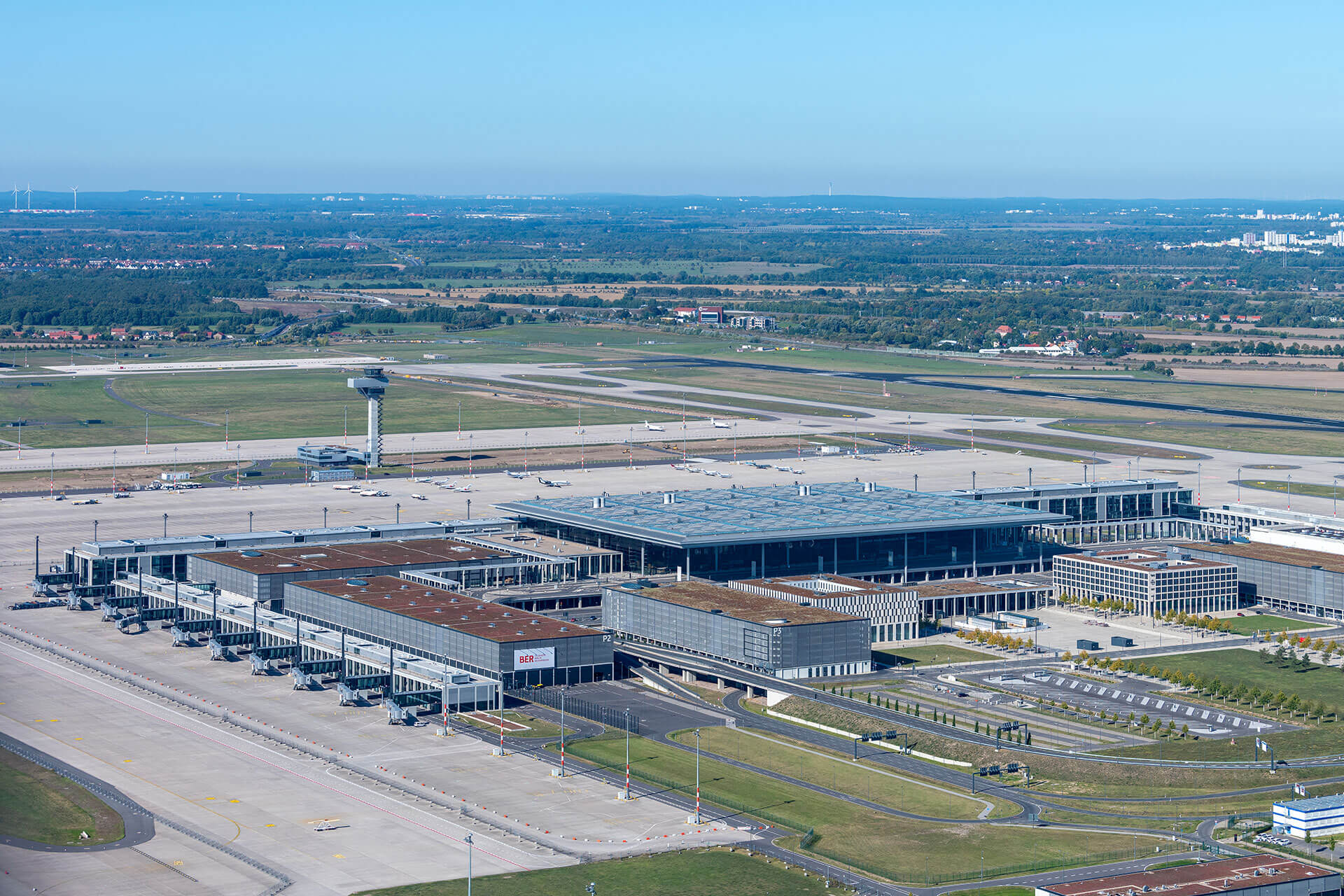 After a delay of nearly a decade, Berlin Brandenburg Airport is finally open for business and is serving the German capital’s entire aviation needs. Edward Robertson reports

Berlin Brandenburg Airport has opened nine years later than planned at a cost of €5.97 billion.

The airport commenced operations on October 31 with a ceremonial landing of the first two aircraft operated by easyJet and Lufthansa in the morning before commercial flights arrived in the evening. The first flight to depart the airport left early the next morning, an easyJet flight to London Gatwick Airport.
The opening of the airport comes long after the originally planned date, set October 2011, which was pushed back thanks to the originally planned date, October 2011, series of planning, building and engineering issues before its completion and opening this year.

Covering a total of 1,470 hectares, Terminals 1 and 2 at the facility are located between its two parallel runways, measuring 3,600m to the north and 4,000m to the south and which can be used independently of one another.

The airport’s Terminal 5 is located to the north of the main area and any frequent flyer to Berlin will recognise it as the capital’s former Schönefeld Airport.

Thanks to this change, and the closure of Berlin Tegel Airport, the German capital’s entire air traffic will now be concentrated at Brandenburg, which has capacity for 40 million passengers a year with space for 25 million a year at Terminal 1 alone.

The new facility is expected to see an increase in both long-haul services and connecting traffic and is predicted to become Germany’s third-largest airport after Frankfurt and Munich airports.

“Our customers, that is the passengers and airlines, will find professional standards at BER: good accessibility by train and car, reliability and safety in handling even under coronavirus conditions, optimal service on the ground and in the air.”

Dr Dietmar Woidke, minister-president of the State of Brandenburg, adds: “I would like to thank everyone who gave their all on this final stretch. With the opening of the airport, the time has come to regain lost confidence. Now it is time to look ahead.”

EasyJet CEO Johan Lundgren, who attended the opening ceremony alongside Deutsche Lufthansa CEO Carsten Spohr, says he is pleased to see the airport finally open, particularly as the LCC is the largest airline serving Berlin and the region.

He adds: “The airport offers a much-improved customer experience for easyJet customers as we will be based in the main, new terminal – Terminal 1 – and our passengers will benefit from easier and smooth connections between flights as well as with other modes like rail.

“Thanks to our extensive network, we look forward to continuing to connect the vibrant city of Berlin and Brandenburg region with other major European cities and holiday destinations.”