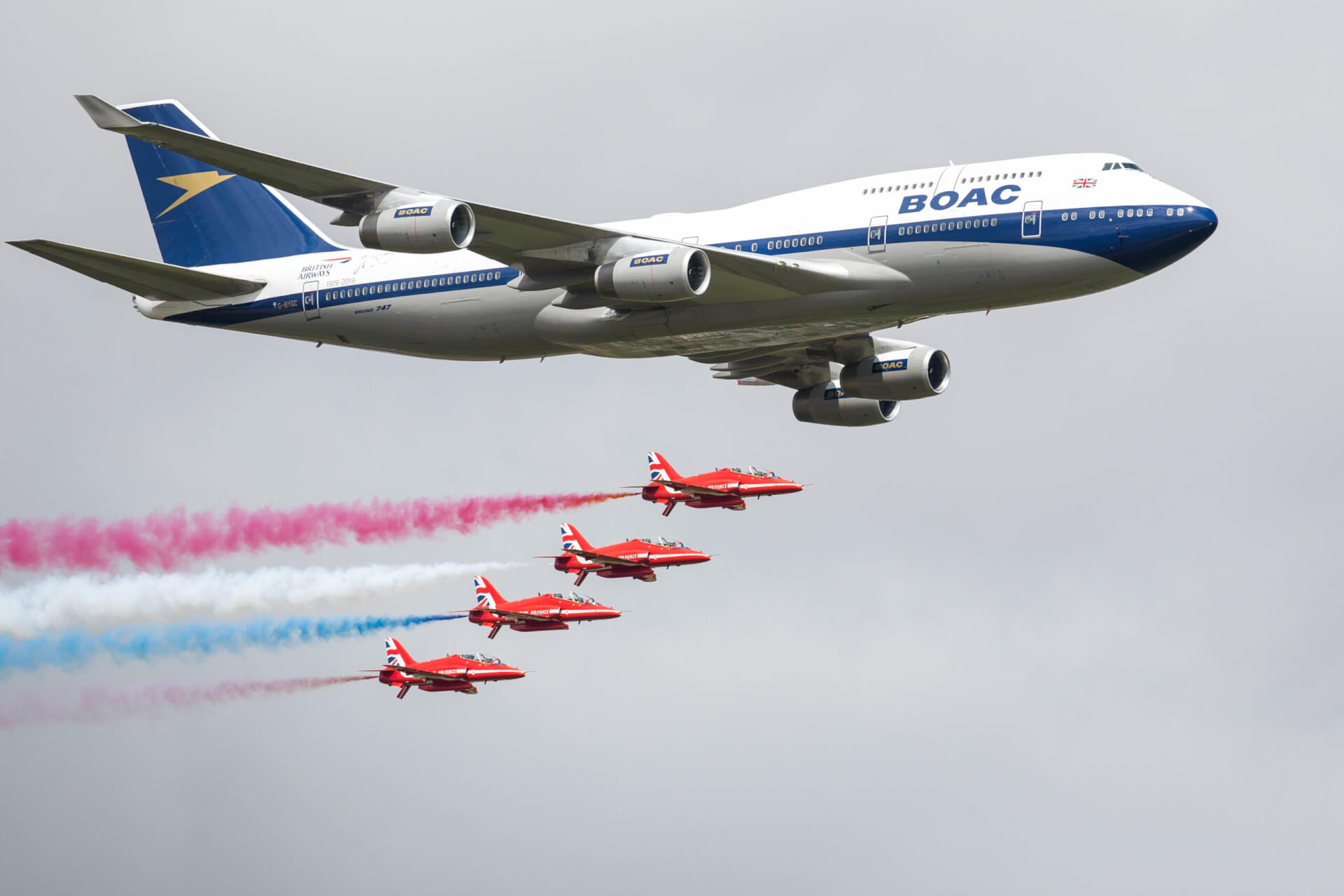 While the news might have been long expected, it was still sad to hear it.

On 17 July, British Airways (BA) chairman and CEO Alex Cruz announced that the airline’s remaining fleet of 31 Boeing 747-400 aircraft had flown their last services and would be retired with immediate effect.

Unsurprisingly, the decision was blamed on Covid-19 and the ensuing predictions that the aviation sector is not set to return to its 2019 levels of flights until 2023 at the earliest.

However, the aircraft’s use by BA was already being reduced as the airline invested in greener aircraft, including six Airbus A350s and 32 Boeing 787s, which are up to 25 per cent more fuel efficient.

The decision also means that, according to Cirium Core Fleets, there are now just 29 747-400s operated by nine airlines in service and carrying passengers.

As BA announced its decision, Cruz paid tribute to the aircraft, saying: “This is not how we wanted or expected to have to say goodbye to our incredible fleet of 747 aircraft. It is a heart-breaking decision to have to make. They will always hold a special place in our hearts at British Airways.

“We have committed to making our fleet more environmentally friendly as we look to reduce the size of our business to reflect the impact of the Covid-19 pandemic on aviation. As painful as it is, this is the most logical thing for us to propose.

“The retirement of the jumbo jet will be felt by many people across Britain, as well as by all of us at BA. It is sadly another difficult but necessary step as we prepare for a very different future.”

The jumbo jet originally joined BA’s predecessor British Overseas Airways Corporation (BOAC) in 1971 and, at its peak, the airline was operating 57 747-400s.

Global replacement
While it remained the biggest commercial aircraft in the skies until the arrival of the Airbus A380 in 2007, Ascend by Cirium global head of consultancy Rob Morris says airlines, like BA, that are replacing their 747s are doing so with Boeing 777s as well as the aforementioned A350s and 787s.

He adds: “As a passenger aircraft, the 747 has been declining for many years. There have been many iterations of design from the 100, 200 through to the 400, 400ER and the 8, but it’s always been prior generation technology.

“The A350-1000 for example is an aeroplane that has broadly similar capacities as the 747 but with a much lower seat/mile cost because of the engine maintenance cost being much lower while the fuel burning is significantly lower.”
Morris says the same is true for the 777-300ER and the 777-9 which offer better seat/mile economics and lower trip costs.

He adds: “The A350-900, the A350-1000 and the 787-10 will come into the picture. It’s all about economics and performance and frankly the only thing that kept the 747 going with people like BA for a very long period of time was the economics were skewed as the aircraft’s capital costs were zero.”

Morris says this was because the aircraft had been bought so long ago that they were long removed from the balance sheet while maintenance costs were kept down by using 767 engines for parts. In addition, the 747-400 offered substantial freight capacity which proved popular for routes like London-New York.

Rival airlines’ operations
Of the airlines that are still operating variants of the 747, Lufthansa and Rossiya have the most with eight apiece.

Cirium Core Schedules data shows that as of August 2020, Lufthansa’s 747-8s are based at Frankfurt from where they serve Bangkok, Chicago, Johannesburg, Los Angeles, Mexico City, Nanjing, Sao Paulo and Shanghai.

Meanwhile, the same data shows Rossiya’s 747-400s are scheduled in August to operate between Moscow and Khabarovsk
on the country’s east coast.
Morris adds: “What we have in Russia is a bit of an anomaly, the Russian market has very limited outbound tourist opportunities today so the Russian market is not operating a lot of leisure routes.”

However, he says there is now a high density of tourist traffic down to the Crimea following Russia’s annexation of the territory in 2014, adding: “Rossiya has a specific requirement or opportunity to use these aircraft now but I don’t know how long that will go on for.

“The Russians are taking a lot of 777s in the used aircraft market so they might end up replacing them with the 747s with these.”

Air China has a further six 747-8s, although Morris says: “Air China has very little utilisation of them and they use them largely for VIP operations.”

While it is impossible to say just when the last passenger 747 will grace the skies, Morris believes the days of flying in one are sadly numbered.

He says: “The sunset is here, if the 747 was previously the queen of the skies then the queen is dead. Long live the queen. The 747 has been an iconic aircraft for many years, if I go back to my childhood the James Bond films would show a Pan Am 747 landing in virtually every film.

“At the outset of the 747’s creation, Pan Am was going to fly one to every capital in the world. It was an iconic aircraft for many years.”

As ever, the aircraft’s demise has come down to money Morris says, with Covid-19 simply helping speed up the decision-making process.

“The commercial aviation scene has changed a lot, he adds. “It was a romantic scene in the 1970s and now it is a hard-nosed commercial business. Economics and performance are what airlines care about the most in a very competitive market.”

While opportunities for passengers to fly in a 747 may be fast running out, the aircraft will remain a feature in aviation as nearly 50 companies still operate more than 300 cargo 747s today.

Ascend by Cirium global head of consultancy Rob Morris says their longevity in the freight sector is down to two reasons, firstly because they are specifically designed to carry cargo while being nose loaders gives them another edge.

He adds: “As a cargo airplane it’s got great utility. Before Covid-19 a lot of those aircraft remained parked but with Covid-19 there’s this need for main-deck cargo capacity thanks to the loss of belly capacity.

“The 747 is also quite unique as a nose loader. You have the ability to carry outsize cargo which no other aircraft type aside from the Antonov An-124 and the Antonov An-225, (but there are only) 10 and one of them respectively.”
Morris also argues that the decision to end production of the aircraft in 2022 could even boost their popularity in the freight sector.

He says: “The values of cargo 747s could increase somewhat as there will be a scarcity of supply and a relatively constant demand.”

Nor is this the only opportunity to spot a 747, Morris adds as there are currently 21 operators of 38 non-commercial 747s, including both the US and Iranian air forces, the governments of Turkey, Kuwait and Brunei and even Virgin Galactic.

He says: “It is quite a small fleet but they’re in all sorts of roles – lots of VIP airplanes and there are some (being used by the) military and even one aerial firefighter

“By virtue of its capacity, its range and its four engines, the aircraft will remain in some markets where the cost doesn’t matter.”