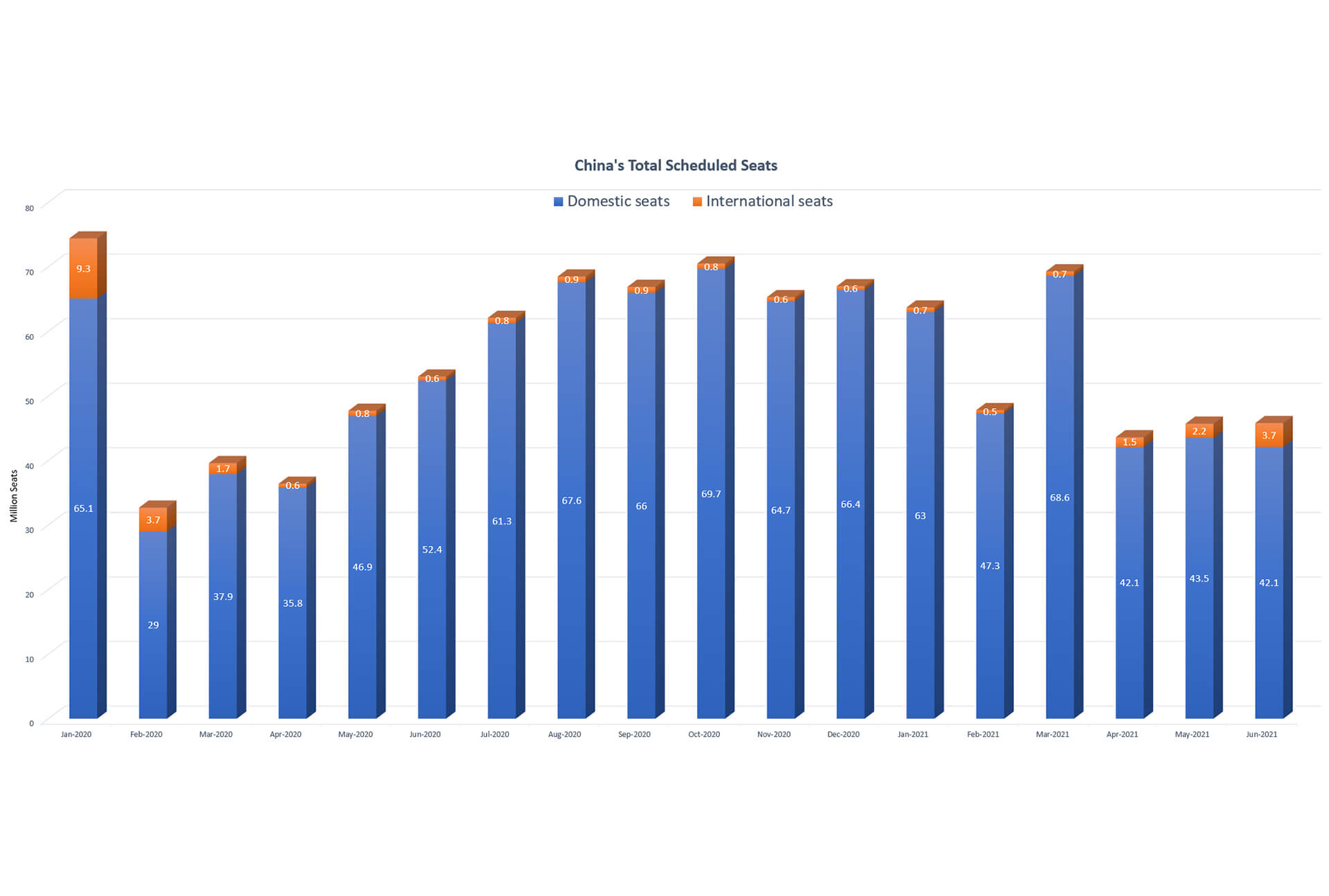 China may have seen the first cases of Covid-19, but with a recovery in aviation now looking apparent the world needs it to bounce back strongly from the pandemic. By Edward Robertson

While it seems unlikely the World Health Organisation (WHO) will ever name the country responsible for the Covid-19 pandemic, it is known that the first cases were reported in China.
From there it has spread across the world and while different countries’ populations have suffered to different extents from the lethal virus, it is fair to say the global aviation industry has been severely impacted.
Aircraft have been grounded by airlines forced to pull routes in response to government decisions to ban arrivals from other countries, often with little or no warning.

So it seems ironic that while China might be to blame for the ongoing situation, it is also to China we must turn in the hope of kick-starting a renewal in the international commercial aviation industry.

This is largely thanks to the size of its market, driven by a population of 1.4 billion, as OAG senior analyst John Grant argues in a webinar held in February entitled ‘Does China hold the key to air recovery’.

He says: “It is going to be the Chinese international airlines that will drive the capacity and create the demand and build that demand. We are all in the hands of the Chinese; they hold the key to the recovery and there’s no doubt about it.”

While the news might sound good, Grant adds that a resurgent Chinese market will initially benefit Chinese carriers as the rest of the world looks on.

He says: “It is going to be very hard for international carriers to begin to rebuild the presence and networks back into China, particularly the long-haul carriers who will have been so badly damaged over the last year.”

Midas Aviation partner Becca Rowland believes when the market does return, Chinese travellers are likely to have new priorities and are more likely to travel in smaller groups in private tours.

Money spent in the destination will remain high, and she believes they are likely to spend more time in a destination to fully absorb it.

Institute for Aviation Research founder and president Dr Zheng Lei agrees, adding it is likely to be younger and more experienced Chinese travellers who will kick-start the market with safety, and hygiene now in the time of Covid-19, being key concerns.

Grant adds: “This has a considerable impact on destination marketing organisations and suppliers in those markets in terms of what they offer and how they position themselves to what is the largest outbound market in the world.”

Once international travel resumes, Lei believes the first countries to feel the benefits will include Thailand, Japan, South Korea, Vietnam, Indonesia and Hong Kong, which are all well known for offering a warm welcome to Chinese tourists while also often being cheaper than a domestic break.

He adds: “The only problem is Covid, if those countries can get the pandemic under control and come up with some arrangement with the Chinese government, we may yet see quite a rapid recovery.”

The data released by OAG to ARGS certainly suggests that there is room for considerable growth for international capacity among Chinese carriers.

Much of the decline was caused by the Civil Aviation Administration of China’s (CAAC) decision to ban airlines from operating more than one weekly flight per route during the pandemic, although such precautions are beginning to ease now.

However, both Lei and Grant agreed that, further afield, both Europe and the US will see a lot of routes previously operated by Chinese carriers discarded, with tier two cities particularly likely to feel the impact.

Lei says: “Many of those routes may not be sustainable after the Covid period because the demand for those routes even before Covid was not that strong.

“Airlines were suffering financially and while previously they used profits to subsidise those routes, after Covid they have to be very cautious and they might reduce the level of network.”

In fact, he adds cargo could prove to be a serious boon for those working in route development with those airports handling large quantities of it for instance Amsterdam Schiphol Airport, likely to hold on to more routes and flights simply because of the value they can add through it.
Meanwhile, on the domestic front both Lei and Grant are also in agreement that Chinese carriers also face considerable difficulties.

The number of domestic seats available in China has dropped from 65.1 million in January 2020 to a low point of 35.8 million in April last year.

Although it has since risen to a peak of 69.7 million in October, by January the number had dropped to 65 million and current OAG data shows that only 42.1 million scheduled seats are predicted to be on offer come June, a third less than the recent peak and nearly 10 million less than in June 2020.

Grant says some of those seats would have been on board aircraft previously serving international routes and while the airlines might be pleased to see their aircraft in operation, he adds domestic travel is typically three times less profitable than international.

He adds: “China Southern Airlines said that their domestic services were profitable but the margins are wafer thin compared to the normal services and they can’t sustain this level of domestic capacity. They’ve got to start putting capacity back into the international market.”

Lei adds domestic services in China are also under further threat as the country’s high-speed rail network grows and connects more cities, so increasing competition and driving down pricing.

Even when international services do resume in any great number, Grant also warns that the days of super-efficient, one-hour connections at long haul hubs will be a memory for a while as not just China, but the world’s airlines chop and change their schedules at the last minute according to demand.

He adds: “One hour connections are probably not going to be possible for long haul to long-haul flights in the short term and probably the medium term due to some major traffic flow and scheduling issues that are going to be felt around the world.

“There are thousands of connections that are going to be compromised as a result of future health checks and other requirements.”

So while the future remains unknown, we can be sure that both Chinese and other airlines face considerable changes in order to operate efficiently in the post-Covid-19 landscape. And, if the speakers on the webinar are to be believed, we must surely hope that Chinese airlines find a way to cope in order the drive the global resurgence in aviation.