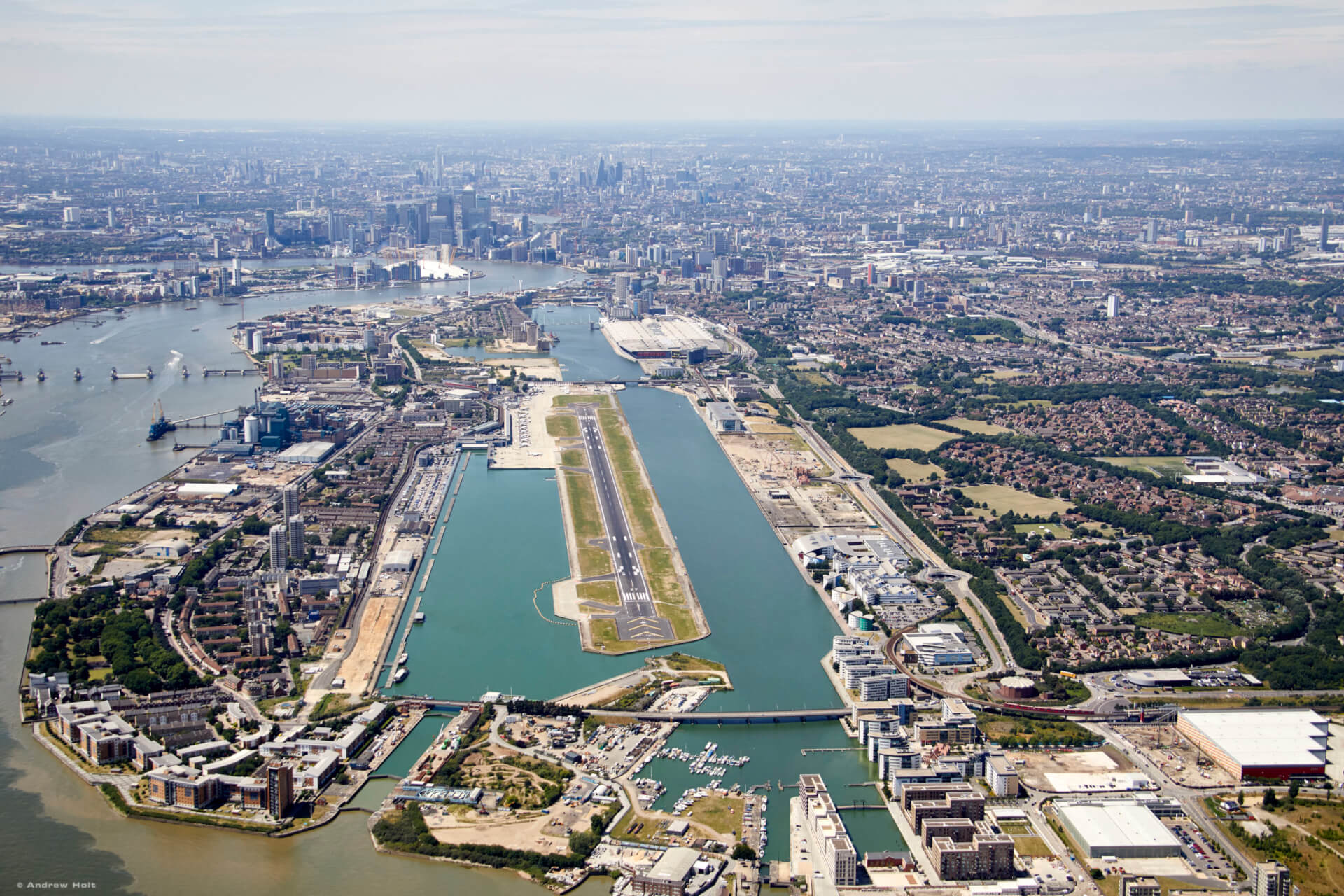 Airports around the world have been hit hard by Covid-19. Edward Robertson finds out how they coped with the initial shock and how they are preparing for an unknown future

The Covid-19 pandemic might have prompted different responses from governments around the world, but the impact on the world’s airports has been broadly the same.

Passenger numbers have plummeted as a combination of travel bans, decreasing consumer confidence, suspended routes and capacity reductions have left the world’s airports largely empty, with many forced to close until circumstances improve.

Furthermore, with IATA predicting a 55 per cent drop in air traffic this year it is hard to know when the airports can reopen and what routes could be available to commence operations when they do.

While departure and arrival halls may be closed or virtually empty, aviation route development teams have been busy, not only dealing with the immediate demands of the crisis but also planning for the future when normality begins to return, in whatever shape it takes.

Handling the immediate
London City Airport was originally ordered to close with the suspension of all commercial flights at the end of March by the UK government and, at the time of going to press, remains closed.

Having handled a record 5.1 million passengers in 2019 thanks to growth of 6.4 per cent year on year, the impact has been serious.

However, despite the lost revenues the airport’s chief commercial officer Richard Hill says a key focus of staff once the closures were announced was to support its client airlines as best as possible.

“Our view is that now definitely isn’t a time to be seeking new ways to extract ancillary revenue from carriers already facing huge pressures,” he adds. “Our attitude has been to understand what we can do to help alleviate costs and make the processes of looking after grounded aircraft as easy as possible for them in the short term.”

Adelaide Airport was also hit badly by the virus, says its head of aviation development Jonathan Cheong. Having seen international traffic grow by 13 per cent year on year in the second half of 2019, with domestic, including regional, traffic up by 3 per cent in the same period, the airport was hit hard in March when Covid-19’s impact was first felt.

He says international traffic fell by 46 per cent while domestic, again including regional, fell by 37 per cent in March. Since then the airport’s nine international carriers have suspended the eight routes they operated with about 50 weekly flights.

As a result, the only international flights operated have been repatriation ones while domestic and regional passenger movements have “declined significantly”.

Despite the problems they face, Cheong says the team have found a new role acting as a conduit of information both externally and internally.
Local travel policy developments were fed to international carriers at both local and head office levels while capacity and frequency changes received from the airlines have been fed to both the airport’s operations team and external stakeholders.

He adds the team has also enhanced its tracking dashboard to provide daily passenger number updates to share with the airport’s management, board and shareholders.

Cheong says: “We have reached out to all our carriers and expressed our commitment to rebuilding the traffic volumes when the travel restrictions are lifted and when they reinstate the services.”

Elsewhere, Sweden has stood out from the rest of Europe after its government refused to put the country into a lockdown similar to that which the rest of the continent has undergone.

Whatever impact the different strategy has on the nation, Elizabeth Axtelius, director aviation business at Swedavia, which operates 10 of the country’s airports including Stockholm Arlanda Airport, says the effect on its airports has been the same as across the rest of Europe in April with declines in passenger numbers of up to 98 per cent.

She says this was largely thanks to the Swedish government’s advice against all non-essential travel, as well as a decision to ban travel to other EU countries via Sweden until mid-May, although some domestic services have stayed up and running.

Furthermore, she expects total air traffic volumes to remain “considerably lower” than before for a long period, adding: “We are in the midst of a social crisis of unprecedented nature and the consequences for a company that enables people to meet are dramatic, since our revenue is in principle completely variable and connected in one way or another to passenger volume.”

Axtelius says while many of Swedavia’s staff have been temporarily laid off and plans for a new pier and baggage system at Stockholm Arlanda have been put on ice, remaining staff have had a key focus.

She adds: “For Swedavia as an organisation, our first and foremost priority is, and has been, to limit the spread of the disease and protect people’s lives and health; directly followed by Swedavia’s economy and supporting our valued customers in the best way.”

As a result, Axtelius says the route development team is closely monitoring key markets while intensifying dialogue with airline partners to ensure they offer the right help, for instance free or temporary removed charges for parked aircraft.

“The team and all the rest of us at Swedavia do all we can to support our airline customers in these challenging times when both airlines and Swedavia lack revenue,” she adds.

Planning ahead
While all three airports may have dealt with the immediate shock of handling Covid-19, they are all naturally planning for the gradual lifting of the various lockdowns and the resumption of regular domestic and international flying.

Again, supplying relevant, accurate data will be key to ensuring routes restart successfully, although Hill argues that future negotiations require a new type of sensitivity as well as a more flexible approach from both sides.

He says: “What airlines definitely don’t want to hear right now is a sales pitch. The time will come to talk about backfilling lost routes and taking advantage of newly available slot capacity, but that’s for another day.”

While Hill adds the airport’s immediate focus has been on supporting its existing airline relationships, other carriers with an eye for the long term have been getting in contact with the UK gateway to discuss potential future opportunities, which have been further helped by a landing fees review undertaken prior to the crisis.

“We’re definitely receptive to those discussions and it’s proving to be time very well spent,” he says.

Axtelius says Swedavia is working to ensure operations at all its airports can be rapidly scaled up when the situation stabilises and demand returns, adding: “We are putting a lot of effort into the health and safety of everyone.”

She believes the domestic market will be the first to recover, followed by intraregional and European services before lastly long haul, although this has seen the smallest decrease in capacity thanks to Qatar Airways, Air China and Ethiopian Airlines maintaining services.
Looking ahead, Cheong says with domestic restrictions most likely to be lifted first, those routes are key to Adelaide’s service resumption, followed by regional flights with trans-Tasman routes at the top of the list for further afield.

He has also been working with local businesses, freight forwarders and airlines to introduce freight-only flights in the absence of previously belly-only space on passenger aircraft. He says the strategy has paid off too, with Singapore Airlines agreeing to operate six freight-only flights on board an Airbus A350-900, commencing in May.

In addition, Cheong says many of his current conversations are with key stakeholders including the South Australian Tourism Commission, Tourism Australia, the Adelaide Convention Bureau and the state government to ensure when it is safe to resume flights, the right messaging is there to drive consumer desire.

Marketing campaigns are also being discussed with airlines to ensure travellers take to the skies again, although Cheong admits there will be a need to help build up consumer confidence as we enter a new era.

He says: “Ideally, we would like to develop the perfect spring so that we can rebound our traffic and capacity numbers stronger and quicker.”

And that is a target that every airport should be striving for at the moment as we enter a new period of global travel. How it pans out remains to be seen, but the airlines and airports that cooperate, share information, remain flexible, exercise pragmatism and show a little human kindness and understanding to one another seem best placed to cope with it.

Tourism Australia is targeting 15 key markets via social media in anticipation of when the world’s skies open up again.

The impact of the travel ban was felt heavily on the ground, with Australia reporting 331,900 international arrivals in March 2020, a 60 per cent drop year on year.

However, with the country reporting minimal new infections at the time of going to press, Tourism Australia’s social media programme is again ramping up and is using additional research and market analysis to understand consumers’ mindsets better. The markets now being targeted are in North America, Europe, Asia and New Zealand.

Harrison says: “We believe it is important to continue the conversation about Australia with our high-value traveller audience around the world throughout these tough times so that Australia remains top-of-mind for when they are planning their next holiday.”

She adds Tourism Australia’s aviation team has also been planning for the recovery of both domestic and international aviation markets.

It will lead a countrywide task force including its airports, local tourism bodies, Austrade and three different government departments as they target a recovery in international tourism through destination marketing, building aviation capacity and growing air frequencies.

Harrison says: “The goal of this strategy is to restore key routes to Australia that were operational pre-Covid-19 as soon as possible and ahead of other destinations.

Wizz focuses on the essentials

Wizz Air will be focusing on relaunching routes that cater to the most essential travel as Europe opens up from lockdown.

Owain Jones, managing director of Wizz Air UK, says the airline is currently operating a skeleton service at about 10 per cent of normal levels as European travel restrictions continue to limit passenger movement.

He adds: “When reintroducing flights at this time, we look at routes where there is the biggest need for essential travel, such as repatriating passengers across Europe as well as returning stranded British citizens home again.”

The comments come as the airline prepares to launch six new routes from London Luton Airport to destinations in Greece, Portugal and Morocco, with operations scheduled to commence between June and October.

The new routes will help drive the airline’s operations to 70 per cent capacity by the end of the year, Jones believes, as the demand for business and leisure travel gradually resumes.

In the meantime, He adds the most important thing airports can do to help the airline is to communicate and align on the new health and safety measures required to ensure passengers feel safe and reassured.

He says the airline is introducing a number of new measures on board flights, including crew and passengers wearing masks, the handing out of sanitising wipes and making contactless payments for in-flight purchases.
Jones adds: “Airports introducing similar protocols is a huge help for airlines in restarting operations and ensuring passengers feel safe to travel.”

He says these protocols consist of a number of measures, including the continuation of social distancing and health checks for passengers.

“Restoring the confidence of passengers and airport staff will be crucial in returning passenger numbers to what they were pre-pandemic,” Jones says.

“Ensuring the correct protocols are in place will serve as a competitive advantage for airports, and going forward, adaptability will be key due to the nature of this continuously unfolding situation.”