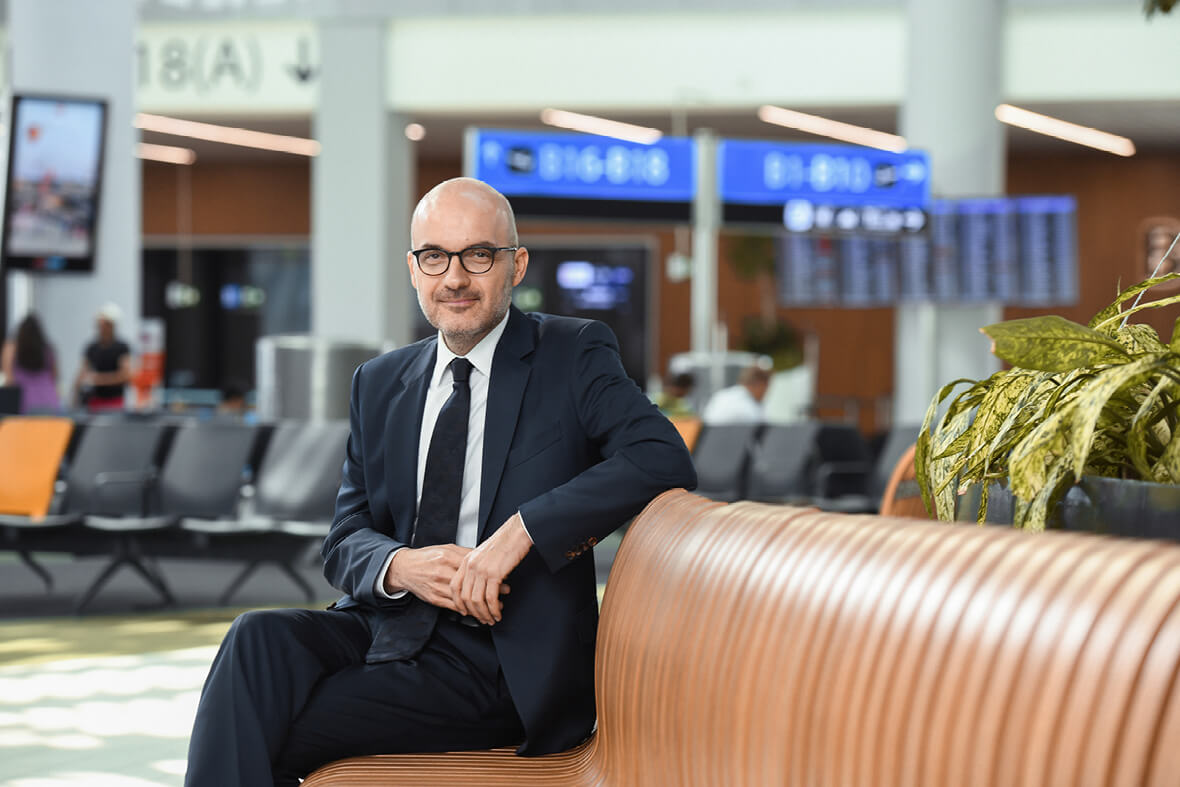 Kadri Samsunlu was in the middle of a major transaction in the early part of 2017 when he got a call out of the blue from one of the founders of iGA. For nearly nine years he had been Chief Financial Officer of Akfen Holding, a huge Turkish infrastructure investment group.
Ten minutes into the call, Samsunlu was sounded out about the iGA CEO position. Although he had never held a CEO job up until that point, he was a vastly experienced finance head, with a Turkish university degree and an MBA from the University of Missouri-St Louis in the US.
The iGA role was exciting and demanding on various levels. Firstly, the airport was scheduled to open just 14 months after Samsunlu would start work and he would be responsible for its operational readiness and ensuring a smooth opening. The owners stressed the need for iGA, which is one of Turkey’s highest-profile national infrastructure projects, to open without any of the problems seen at other airports in the past.
Samsunlu’s lack of airport management experience was no impediment: the founders wanted someone who could deliver and someone they could trust. Additionally, they wanted someone who could skilfully manage the expectations and represent the business interests of the five family-owned shareholder firms that are among the largest corporations in Turkey.
From the business point of view, the aim was to grow the enterprise, generate enough cash flow to meet its financial obligations, and create a world-leading airport in terms of quality of service and customer experience.
On a personal level, Samsunlu is a driven individual, who is single- and clear-minded about his mission and how to accomplish it. “If I know what I need to achieve, I can go on forever. I sideline every other thing in my life and focus on my target. And until I get my target done, I don’t give up. I don’t stop.”