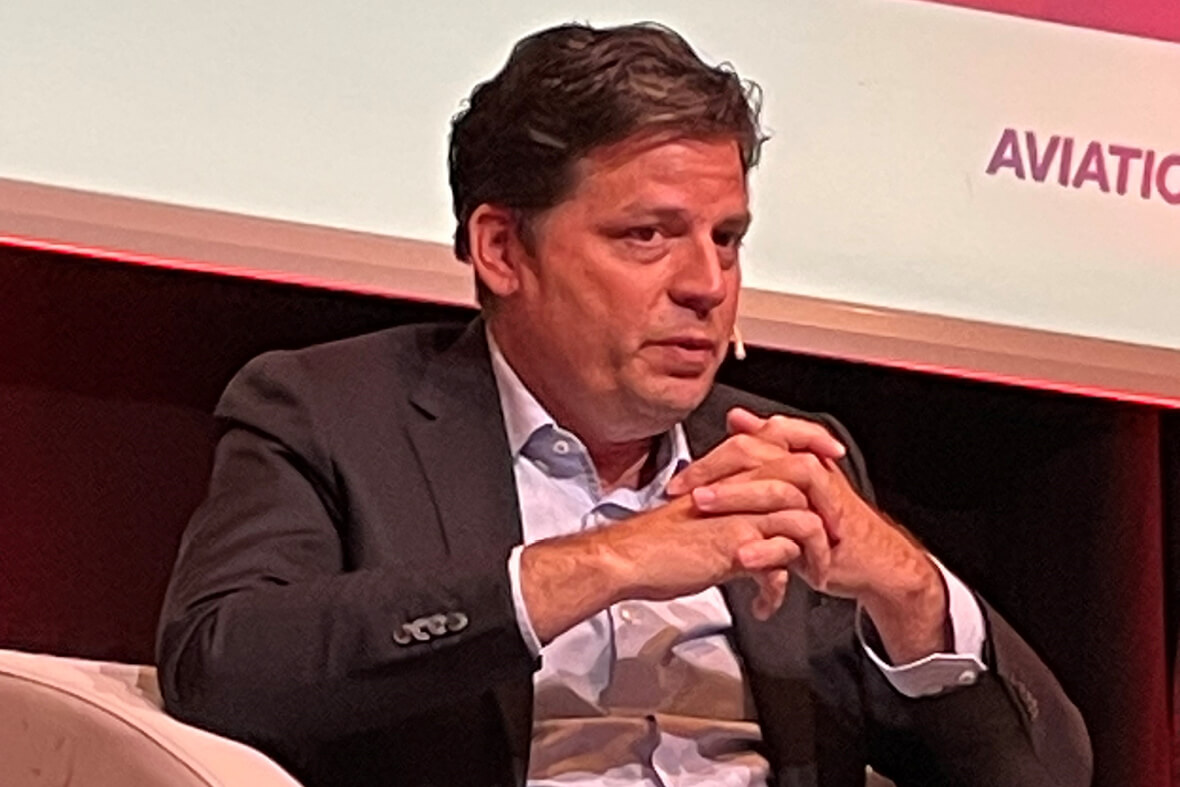 An orange wave of tailfins is descending upon the holiday destinations of Europe as easyJet prepares for a strong summer season. “We have shifted our network very much to leisure [destinations],” Thomas Haagensen, group markets and marketing director at easyJet, told delegates at the Routes Europe conference in May. For example, it is the largest carrier serving the Greek Islands, one of its high-yield leisure markets, he said.
The airline is seeing positive momentum and trading ahead of 2019 levels as pent-up demand for travel is “definitely coming through”, he said. In mid-May bookings for its April-June quarter were at 76% of availability while those for July-September were already at 36%.
As the all-important market recovery begins in earnest, easyJet is “extremely focused on profitability and costs”, said Haagensen. “We are going to airports that are the lowest cost and offer incentives for recovery.” Asked about his top three requests to airports, the number one is cost and help to “re-risk growth and entry into an airport”. The second is to run an efficient operation, for example enabling a two-door boarding and deboarding operation for fast turnarounds. Furthermore, the ground operation must be extremely efficient, so the carrier does not pick up delays.
Thirdly, easyJet asks for incentives that recognise the sustainability benefit of bringing its larger and new-generation Airbus A321neo to a destination. Airports should build incentives schemes that recognise lower carbon emitting aircraft. “We are saying to airports: show us your interest [in easyJet operating the A321neo] with lower landing fees,” said Haagensen. There is a handful of airports that do so today, but easyJet wants to see more of them.
easyJet is in the process of adding capacity as it takes delivery of more A320neos and A321neos to replace its A319 fleet over time. The A320s (at 186
seats) and the A321s (at 235 seats) offer a significant capacity increase over the 156-seat A319s, and are therefore especially beneficial at slot-constrained airports.
easyJet retains a fleet of 99 A319s as part of an all-Airbus fleet of 322 A320 family aircraft. The carrier has 115 A320neo family aircraft on order.
While growth on leisure routes is a natural move this summer, easyJet is sticking to its core business principles of serving a mix of major bases and non-hub airports. It will defend its position at major bases like London Gatwick, Milan Malpensa, Manchester and Paris. EasyJet deploys about two-thirds of its capacity to key markets where it competes with legacy carriers and where there are still plenty of growth opportunities, said Haagensen.
He acknowledges the issues all carriers have had in Europe while ramping up their operations as demand has returned. The major pinch points and the most tension have occurred in the UK in general and in the London area in particular, while France has also had challenges.