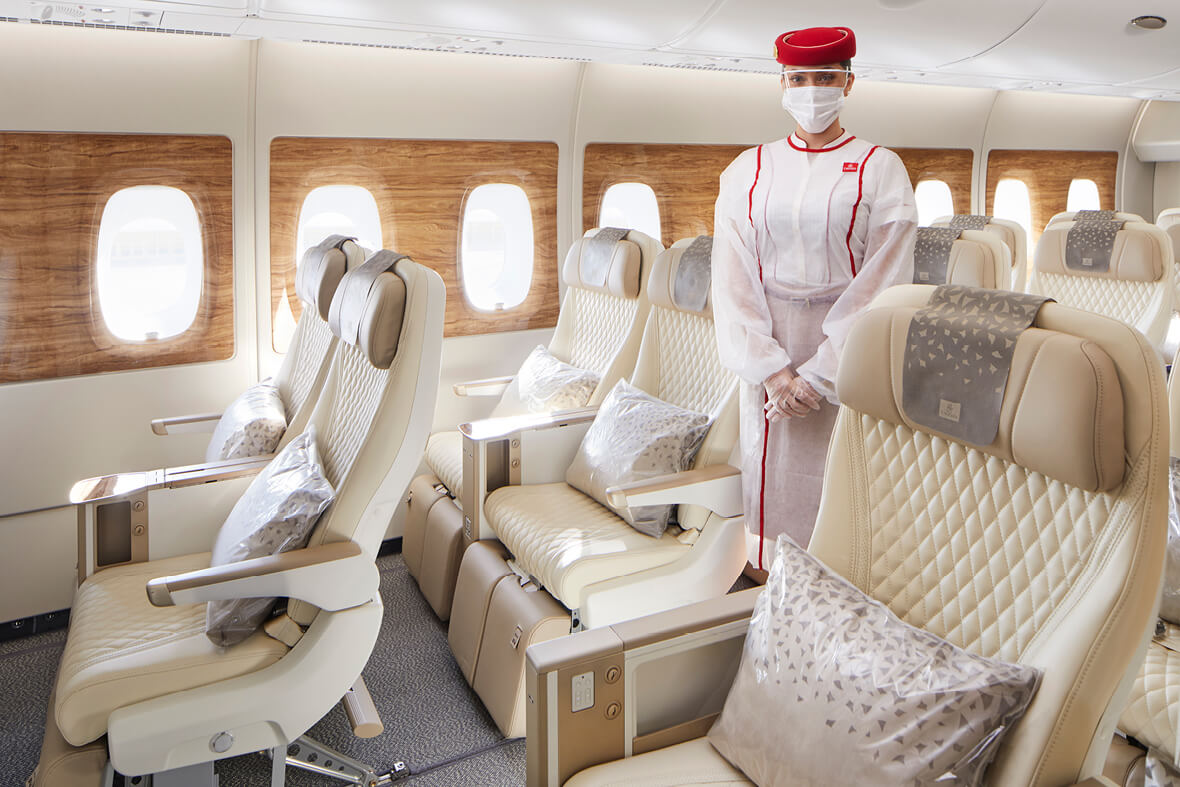 Becca Rowland, partner at leading consultancy MIDAS Aviation, looks at how air travel in a post-Covid 19 world will develop by following a fictional traveller’s journey between the UK and Malaysia

Look forward a few years and what will air travel be like?
For the passenger much will be familiar in that they’ll still be boarding aircraft at airports and flying across continents to reach their destinations, but behind the scenes a revolution will have taken place.

The disruption caused by a tiny, microscopic virus has shaken aviation to its very core. Just as no corner of the world has not succumbed to the impact of Covid-19, so no part of the airline industry will have been left unaffected. The challenges for the industry are immense and not all players will survive.
At the moment projections vary about when air travel will return to the sort of volumes we saw pre-pandemic, but few expect this to be before 2024 and some of the more challenging projections look as far out as 2029 for recovery. Currently, demand for air travel is heavily dampened by government-imposed restrictions, especially – but not only – applying to international travel. But at some point, the majority of these will lift and people will be free to travel where and when they want. What will that be like?

In this article, we follow a hypothetical, traveller – let’s call her Aisha – on a hypothetical journey as she makes her way from Newcastle in the UK to Kuala Lumpur in Malaysia at a point in time when the industry has recovered – more or less. What will be her experience? How will it be different and what are the unseen changes that may not be visible to her but affect the delivery of the travel experience she enjoys?

Aisha, having decided she will attend a family wedding in Malaysia, needs to book a ticket. When she first arrived in the UK it was on a Malaysia Airlines service. All her friends flew on the national carrier. Why wouldn’t you? But the airline is no more, another business casualty of the pandemic, unable to raise sufficient funds to continue beyond a few years of business disruption and unable to ask the government to prioritise the airline over national needs.
There are fewer non-stop air services now between the UK and Malaysia as major legacy airlines had to scale back their networks after the pandemic. Routes that made a marginal contribution to profitability were scrapped, and airlines focussed on their core markets.

Instead, Aisha will need to fly on connecting flights but at least there are plenty of apps to help her work out the best combination. This includes being able to easily combine low-cost flights and legacy airline flights that will meet her budget and also handle her baggage at the connecting airports, providing the sort of seamless journey that used to be the preserve of the major legacy airlines.

She settles on an easyJet flight from Newcastle to London Heathrow, connecting to an Emirates flight to Dubai and an onwards connection to Kuala Lumper, also on Emirates. She prefers easyJet to Ryanair as she’s a frequent flyer with them and this gives her benefits such as complete flexibility about changing her ticket whenever she needs to. This is despite Ryanair undoubtedly being the dominant airline in Europe now and she could have flown with them, connecting in Southeast Europe before also flying with them to Dubai.

Ryanair, easyJet and Wizz are the main airlines her friends use now if they are flying in Europe and they each have bases further afield which means their networks have been extended, they facilitate connecting journeys and yet they have kept their original single aircraft fleet.

Aisha and her friends have started taking short breaks again, visiting weird and wonderful places, mostly near the coast or in the mountains, where they can be sure of keeping away from crowds which they are still a bit cautious about. The disruption of being told to self-isolate again if someone comes into contact with an infected person is so tedious. Most of these places they’d never have considered travelling to before, and many they’d not heard of, but now they feel no need to spend their weekends in cities.

It is a fact of life that airlines chop and change their routes a lot now, always trying to optimise route profitability, and not everywhere is served daily. This means Aisha and her friends more often take off during the week. They don’t feel constrained to travel at weekends only as they can still be technically ‘at work’ given they work from home most of the time. She loves that she’s no longer tied to taking trips at weekends.

The day before her flight Aisha submits her food choices and Covid-test results to the airline as part of her checking-in process. It’s all very easy now as the app on her phone connects to her health data.
On the day of her flight, Aisha arrives an hour before the flight. Now that most processes are done before she even gets to the airport, she, and everyone else is encouraged not to arrive too early. That way social distancing can be maintained. She’s noticed that a nice side effect of this is that airlines build in a bit more time between flights so there isn’t a large crowd waiting while an aircraft is still being cleaned and prepared for the next flight before people can board.

The whole airport experience feels a bit less hassled than it used to be. After passing through the electronic passport control gates and security she has 25 minutes to pre-order some tax-free shopping for when she gets back from her trip which will be ready for her to collect on arrival.

The flight to Heathrow is fine and she’s pleased that the airlines have made it straightforward to transfer from one flight to the next. Of course, easyJet never used to fly into Heathrow but the virtual interlining arrangement with Emirates and the fact that Heathrow isn’t quite as busy as it used to be, have made this possible.

Connecting between flights still leaves her a little anxious. Once she’s sat down on the next leg of her journey to Dubai she relaxes. She’s got her tablet out to connect it to the aircraft wifi. It’s assumed now that everyone brings their own device. She doesn’t mind as she’d have it with her anyway and its more hygienic to use her own. The plane looks new and clean. She knows it’s not an Airbus A380 but doesn’t know what it is or that it’s the newest aircraft in the fleet, considerably more efficient than older planes with all sorts of design elements to reduce aircraft weight and reduce fuel burn such as the weight of her seats being 20% less than most of the airplane seats she’s used before.
While she’s waiting for the aircraft to start taxiing she notices several aircraft out of the window operated by airlines that she doesn’t recognise. These are some of the new entrants that, unencumbered by debt, were able to start up in the few years after the first waves of covid-19, leveraging their ability to negotiate excellent lease rates for power-by-the-hour aircraft, recruit cabin crew and ground staff and access airport slots.

Once in the air, Aisha gets up to walk around the cabin and notices that the usual extensive rows of seats towards the front of the plane, usually occupied by business travellers, travelling alone, sometimes working on the flight, are reduced. Instead, there are more older couples clearly on holiday and enjoying the free champagne.

Is there a new cabin class? She’s not sure. It looks like something in between the old business class and a premium economy. There’s clearly some sort of business class further towards the front of the plane but the number of business travellers is reduced from what it used to be. Not only are companies using the reduction in business travel to boast about their commitment to the environment but technology around virtual meetings is getting better all the time. Even in Asia she knows the formal requirements about having to conduct meetings face-to-face have been slipping away.

When she gets to Dubai, she has an hour or so to transfer between flights. She notices that the planes moving around the airfield are not predominantly those associated with big international airlines but include a large number of what are clearly regional airlines. Neom, the new Saudi destination is on her destination wish list, so maybe these are part of the booming regional tourism she’s heard about?

While she waits, Aisha gets out her phone to book her taxi for when she arrives at Kuala Lumper. She knows that in a few years’ time she’ll be able to use the AirAsia app to pre book an air taxi but for the moment she’ll have to use a regular taxi. Her family in Malaysia have told her they use the app for everything now, including take-out food, shopping and so on. She used to enjoy exploring southeast Asia thanks to the cheap flights she could take on AirAsia but it seems like there’s a whole AirAsia eco-system available to live in now.

The new planes are no faster than the old ones, so Aisha arrives in Kuala Lumper some 18 hours after leaving Newcastle.

While Aisha and her travel experience may be fictional, as is the reference to Malaysia Airlines no longer being around, this scenario provides a sense of where change will happen in the coming years. Many of the changes will seem obvious on paper but the process of bringing them about will require hard work and hard headedness.
One of the surprising aspects about the airline industry over the past 18 months is just how few airlines have failed despite months of massively reduced income. Airlines have slashed costs, shed staff, divested of parts of their businesses, and worked tirelessly to improve liquidity. Many will survive but some familiar names will disappear just as Pan Am and British Caledonian did years ago.

In the meantime, it will be airlines with vision, cash and an eye for an opportunity that will survive. Technology will transform businesses, the passenger experience and even where demand for travel comes from. And then there will be a host of new entrants and disruptors who will continue to point to new and better ways of getting people from A to B.