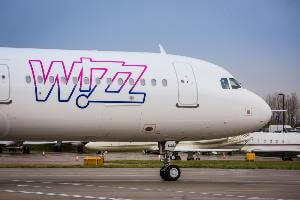 Europe’s many challenges have not yet dented route development for the determined, writes Graham Newton

By 2035 it is estimated that more than a million European flights will have nowhere to go. The region’s airports and airspace will be gridlocked.

Most of the main hubs are congested and projects to expand are few and far between. Heathrow and Paris Charles de Gaulle are due to be developed but it has been a painfully slow process to date. Berlin Brandenburg is yet to open, with the end of October 2020 now the proposed date. Most other main hubs are stuck within their existing footprint.

The bright spots are Poland’s forthcoming Solidarity Hub in Warsaw, scheduled to be completed in 2027, and Istanbul’s new airport (which began operating in 2019) – but these do little to ease the trunk routes crisscrossing European skies.

Already, delays – especially during the busy summer months – have become part and parcel of the European air travel experience. Although 2019 represented a slight bucking of the upward trend that has dominated since 2013, delays still average around 12 minutes per flight over the course of a year. This is significant given that more than 80% of European flights last under three hours.

With air traffic continuing to grow and the Single European Sky seemingly still a distant dream, it is clear that the congestion challenge will not go away.

Moreover, it is far from being the only problem. Costs are high and taxes a burden – ranging from the UK’s air passenger duty (APD) to numerous proposals for so-called green taxes. In Germany, Lufthansa anticipates a new aviation tax starting in April 2020 will mean a 74% rise in cost.

Working in conjunction with environmental taxes are the flight shame movement and overall public pressure on environmental responsibility. Despite the industry agreeing to the Carbon Offsetting Reduction Scheme for International Aviation (CORSIA) at ICAO level, environmental concerns may yet temper demand in the years ahead.

Then there are regulations such as EU261 – which dictates passenger compensation – that are considered ripe for reform. There are even concerns over the Worldwide Slot Guidelines, which have guided slot allocation at busy gateways for many years. Airports are pushing for a shift in the parameters of the 80-20 rule that allows an airline to keep a slot if it uses it 80% of the time. Airports think 85% might work better; governments are even wondering about an auction process.

With such a restrictive operating environment, it is no surprise that there were several bankruptcies in Europe last year, most notably Thomas Cook. The number of airlines operating in Europe had dropped from 131 to 107 by mid-2019. Since then, Flybe has failed, the coronavirus pandemic proving too much for the ailing airline despite an earlier bailout from the UK Government.

As IATA’s director general, Alexandre de Juniac, notes: “The average profitability of European airlines is about €6 (US$6.6) per passenger, but that is generated by a small number of leading airlines. There is a long list of airlines that are making no money at all. That means they cannot finance new routes, generate more employment, offer better wages, buy greener aircraft or give returns to investors.

“Airlines sustain 12.2 million jobs across Europe and €750 billion (US$827.4 billion) in GDP. We are the motor of innovation, reducing inequalities and generating life opportunities. We all gain from a sustainable, strong aviation industry.”

Ryanair gets legal
Sustainability is certainly the cornerstone of Ryanair’s latest marketing campaign as Europe’s largest airline continues to expand.
Of many new routes, there are three from Manchester to Copenhagen, Kerry and Paris Beauvais from March 2020, bringing the carrier’s offering from the north-western UK city to 66 routes.

Ryanair has welcomed the decision of the Hamburg Court to grant interim injunctions against Skyscanner for an alleged hidden mark-up that means it shows higher fares than those displayed on Ryanair.com.

The airline has been engaged in various other legal cases across Europe to prevent customers from being subjected to excessive unnecessary additional charges from unauthorised screenscraper websites.

“We again urge consumers to avoid screenscrapers such as Skyscanner and book directly on the Ryanair website, the only place to find the lowest Ryanair fares and fully transparent pricing on ancillary products like baggage,” said Ryanair’s Kenny Jacobs.

The carrier will also add another two aircraft to its Vienna base for the summer schedule, enabling Alghero, Corfu, Faro, Podgorica and Suceava to join the Vienna network.

Wizz Air only opened its Austrian base at Vienna International Airport in June 2018, but the operation has grown to serve 2.2 million travellers a year across 49 routes in 27 countries. In 2020, Wizz Air will offer Austrian passengers 4.1 million seats, a 70% year-on-year growth.

Wizz Air’s Bucharest base is bigger than Vienna in fleet terms and will also get a new aircraft in summer. New routes to Prague and Seville will become part of the schedule. Paulina Gosk, corporate communications manager at Wizz Air, says the carrier remains “committed to Romania and to providing exciting new travel opportunities to the most attractive destinations across Europe and beyond”.

Wizz Air’s expansion has been phenomenal and illustrates the boom in air travel brought about by the low-cost model in Europe. The airline will be just 16 years old in May 2020 – yet it serves over 600 routes from 25 bases. It completed an initial public offering over four years ago and was admitted to the London Stock Exchange. Although initially ultra-low cost in its outlook, it has matured enough to develop seat allocation, priority boarding and other initiatives to boost the passenger experience.

More established players are also finding enough wiggle room to expand. The Lufthansa Group, for example, carried 145 million passengers in 2019, a 2.3% increase on 2018. Zurich (+5.7%), Vienna (+5.1%) and Munich (+2.5%) saw the biggest hikes. The Eurowings, point-to-point, side of the business is offering fewer seats than it did a year ago, but load factors are up.

According to Lufthansa, the future of world air travel lies with about a dozen airline groups and it is determined to be part of that elite.

Efficient skies
Europe clearly needs to find a way to accommodate the demand for air travel in a sustainable manner for airlines and the environment.
More efficient skies hold some of the answers. Better utilisation of airspace could unlock capacity, keep fuel costs down and reduce emissions. There have been many initiatives over the years. The work by Heathrow and UK air navigation service provider (ANSP) NATS to introduce time-based separation is a case in point. This makes better use of scarce runway availability, especially during windy conditions.

More recently, members of the SESAR Deployment Alliance and the EUROCONTROL Network Manager have submitted a joint letter to the European Commission proposing to form a new partnership to manage the modernisation and digitisation of a sustainable European air traffic management (ATM) system.

“I am delighted to have signed a letter to DG MOVE proposing this new partnership between EUROCONTROL and the members of the SESAR Deployment Alliance,” says Eamonn Brennan, director general, EUROCONTROL.

“With an ongoing capacity crunch causing air traffic flow management delays that are 53% above those of 2017, it is crucial to accelerate the deployment of new technologies that can modernise and digitise air traffic management. This partnership is the right way forward to enable us to do that.”

The integrated Network Manager (iNM) project will be based on an open digital platform to facilitate such innovation as artificial intelligence, robotic process automation, data analytics and more. Iacopo Prissinotti, director network management, calls the project “a significant journey with important deliverables that will happen very quickly”.

Those deliverables will not start until 2023, however, and the programme will run until 2029.

IATA’s solution to the perceived foot-dragging in harmonising European airspace is its National Airspace Strategies initiative. Bulgaria, Italy and Poland are among the nations working with IATA to develop a system that works for airlines and ANSPs alike.

Whether these schemes will be enough to improve airspace remains to be seen. And in any case, it is runways that Europe needs more. Building a few miles of tarmac is proving an extremely tough challenge, however.

“Air transport has been at the heart of European integration,” concludes IATA’s de Juniac.

“Europe is now connected by 23,400 daily flights, carrying 1 billion people a year. That should be a cause for celebration, not shame. And the same spirit of optimism of the new Europe that has been forged over the past 30 years should be turned towards conquering the challenge of sustainability. Not in a backwards-looking, negative way, but in a positive way.

“The solutions to sustainably connect this continent and keep it accessible to all its citizens exist,” he affirms.