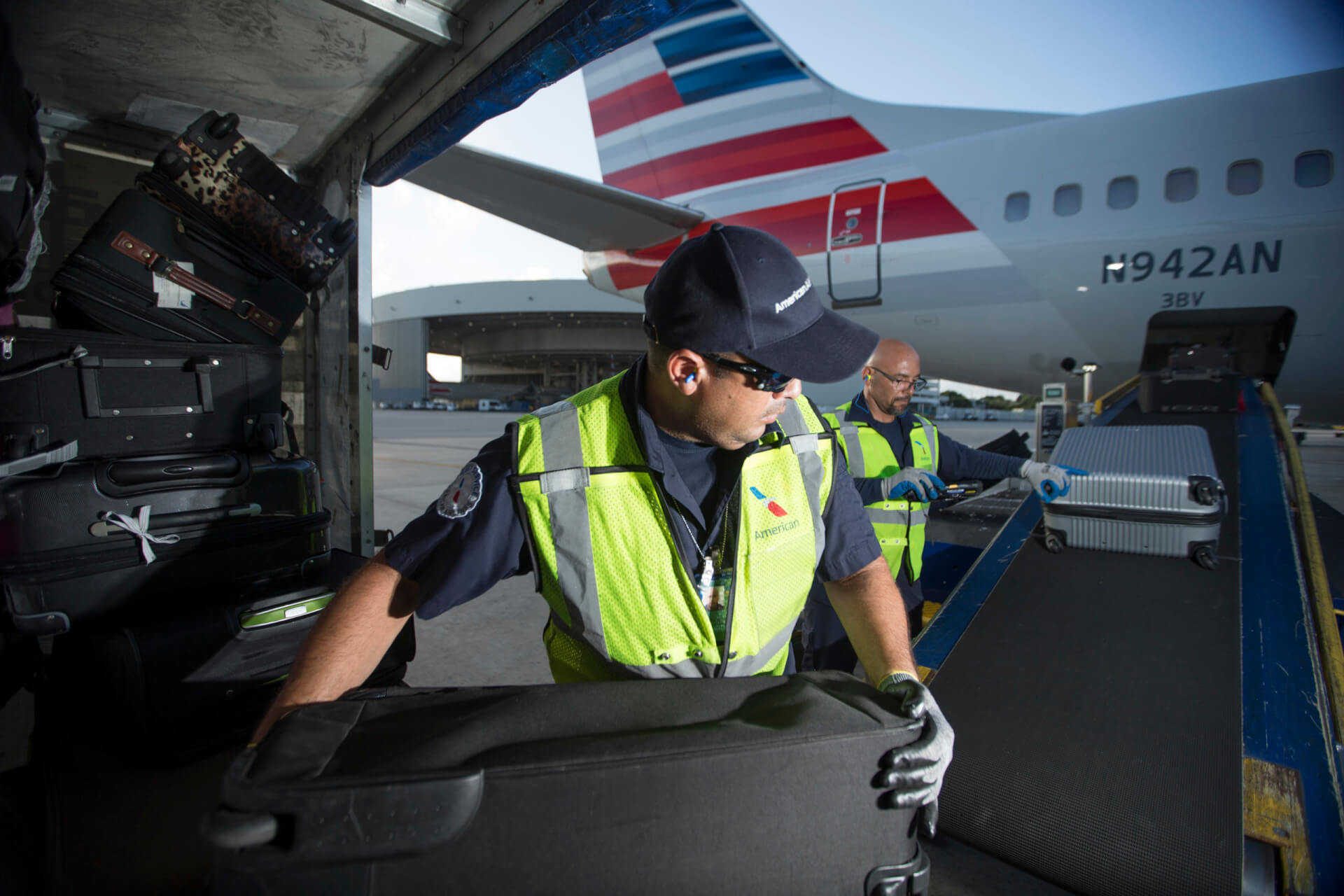 Airlines might not be talking more than necessary to the press right now, but their financial results reveal the impact Covid-19 has had on operations. Edward Robertson reviews the actions of some of the biggest airlines around the world.

With airlines focused on staying afloat in a hugely uncertain world, it is no surprise that talking to the press is no longer a priority.

Outlining plans and strategies for the future can only be done when it is certain, or as certain as the global aviation industry can be in normal circumstances which are bound to include inevitable disruptions.

However, the global shutdown on aviation in response to the Covid-19 outbreak is far beyond the imagination of any emergency planner and means entirely new responses have to be considered and implemented as airlines fight for their survival.

And while granting journalists lengthy interviews is understandably not much of a consideration at the moment, financial results and statements give some idea as to the fleet and route planning being undertaken in anticipation of the much-altered economic landscape.

America first
American Airlines, which carries the most passengers in the US, was due to operate 4.7 million seats per week at the end of December. At the beginning of May, it operated 1.3 million seats.

The financial impact of such a downturn is considerable, with chairman and CEO Doug Parker reporting a net loss of $2.2 billion for the first quarter (Q1), while liquidity fell to $6.8 billion although this is expected to rise to $11 billion by the end of Q2.

He says: “Never before has our airline, or our industry, faced such a significant challenge.”
The airline now expects to cut its 2020 operating costs by more than $12 billion via a lower fuel bill and a number of measures, including reducing system capacity by 80 per cent in April and May and 70 per cent in June.

This leaves the airline free to maximise its liquidity, although Parker admits: “We have a lot of difficult work ahead of us.”

Southwest Airlines was riding high at the end of 2019 following its 47th year of profitability and having registered a net margin of 10.3 per cent from record operating revenues of $22.4 billion from 134 million passengers.

Unsurprisingly, its 2020 Q1 results are less optimistic with a net loss of $94 million after revenue plunged by 17.8 per cent to $4.2 billion.

Speaking at the release of the recent results, Southwest chairman and CEO Gary C Kelly described the response to the “unprecedented levels” in trip cancellations.

The fleet has been cut with 150 of its 742 aircraft now in long-term storage or temporary parking “in response to capacity reductions due to the effects of the pandemic”.
Kelly adds: “We will continue evaluating the need for further flight schedule adjustments, while planning to maintain service to all points in our domestic network through at least 30 September, 2020.”

European woes
Nor is the picture more positive in Europe. Ryanair is the continent’s largest airline and its full-year results to 31 March, 2020, show the group, including Buzz, Lauda and Malta Air, carried 149 million passengers and generated a profit of €1,002 million off revenues of €8.49 billion.

However, the airline added had it not been forced to ground its fleet of more than 450 aircraft in mid-March, it would have carried an additional five million travellers, boosting the year’s profits by a further €40 million.

In a separate update for the forthcoming year also released in May, the airline said it would operate less than 1 per cent of its scheduled flying programme in April, May and June, carrying 150,000 passengers in a period when 42.4 million were originally predicted.

The situation improves in the second quarter, when Ryanair is currently expecting to carry about half of its predicted 44.6 million passengers, while it also believes it will carry less than 100 million passengers in the year, 35 per cent down on its original 154 million target.

The airline also predicts passenger demand and pricing will not recover to 2019 levels until summer 2022, adding: “Ryanair is now reviewing its growth plans, and aircraft orders.”

It says it is now in negotiation with both Boeing and lessors to cut the number of planned aircraft deliveries in the next two years.

Nor are the scheduled airlines doing any better. The 2020 Q1 preliminary results covering January, February and March for Lufthansa Group, which includes SWISS and Austrian Airlines, show the financial impact was immediate, with group revenues falling 18 per cent to €6.4 billion during the period, largely driven by a €1.4 billion, 47 per cent, drop in March.

However, the group is now planning a resumption of commercial operations in June with 80 of its total 763 aircraft being reactivated in order to join the 80 that have continued flying as part of Germany’s repatriation programme.

This will allow Lufthansa Group to serve 106 destinations and while details remain unclear as to where they will be, comments made by Harry Hohmeister, member of the executive board of German Lufthansa AG, as he announced the resumption suggest the leisure market will be central to the plan.

He says: “We sense a great desire and longing among people to travel again. Hotels and restaurants are slowly opening, and visits to friends and family are in some cases being allowed again.”

Continental drift
Heading south to Africa, the story appears quite different, at least for the continent’s biggest carrier Ethiopian Airlines. Although the number of seats flown per week dropped from 346,965 in December to 28,695 in May, the H1 (first half) results for the group in the period ending December 2019 have left the airline in a strong position going into the crisis.

The unaudited accounts posted with Ethiopia’s Public Enterprises Agency show it made a $260 million profit off revenues of $2.1 billion. The statement added it expects a gross profit of $696 million by the end of the year.

Since then, CEO Tewolde GebreMariam remains bullish, telling one interviewer in May that he has entered talks with both Mauritius and South Africa to help each country’s airlines.

His optimism has not been shared in the Far East where China Southern Airlines has seen a considerable downturn as the largest carrier based in the country blamed by many for the outbreak.

Having seen its seat numbers decline from 2.5 million per week at the start of the year to 1.3 million by the end of April, the airline has posted an operating loss of CNY7.73 billion ($1.08 billion) for Q1 2020 compared with a profit of CNY3.55 billion ($500 million) in the same period the previous year.
The airline’s reversal of fortunes came following a 43.8 per cent fall in revenue to CNY21.1 billion ($2.96 billion), with much of its poor performance attributed to countries around the world banning Chinese flights from landing while China itself will only allow carriers to operate a single weekly flight to each country that will accept them.

The airline added in an April announcement on key data that it would also be terminating the lease of three aircraft, although it is expected the impact on its 856-strong fleet will be limited.

Eastern promise
Meanwhile, the Middle East’s biggest carrier Emirates, which saw its total scheduled seats fall from 813,732 in December to 3,168 in the first week of May, still recorded total revenues of $28.3 billion for the 2019/20 year ending March 31.

While the airline noted it had been impacted in Q4 by the outbreak of Covid-19, it added it had made a profit of $288 million, 21 per cent up year on year and the 32nd year of registering a profit, thanks to a strong performance until February 2020 and lower fuel costs.
Emirates Airline and Group chairman and CEO Sheikh Ahmed bin Saeed Al Maktoum says: “However, from mid-February things changed rapidly as the Covid-19 pandemic swept across the world, causing a sudden and tremendous drop in demand for international air travel as countries closed their borders and imposed stringent travel restrictions.”

The situation worsened after the airline cancelled all flights for a rolling two-week period from March 25, barring a trickle of repatriation flights, following an order by the UAE government.

However, by mid-May Emirates announced it would be resuming scheduled flights from 21 May to nine destinations: London, Frankfurt, Paris, Milan, Madrid, Chicago, Toronto, Sydney and Melbourne.

There will also be connections available in Dubai for customers travelling between the UK and Australia, perhaps giving grounds for optimism.

Frankly, who knows? With the initial outbreak of Covid-19 seemingly retreating, airlines are beginning to look at the barren landscape and are considering how best to rebuild it.

Of course, consumer confidence will need to return, while the potential of a second wave of the virus remains hanging over everyone’s head.

One thing you can be sure of: When good news begins to return, airlines will be keen to start telling journalists all about it, just as many of us will be keen to have something positive to report on.