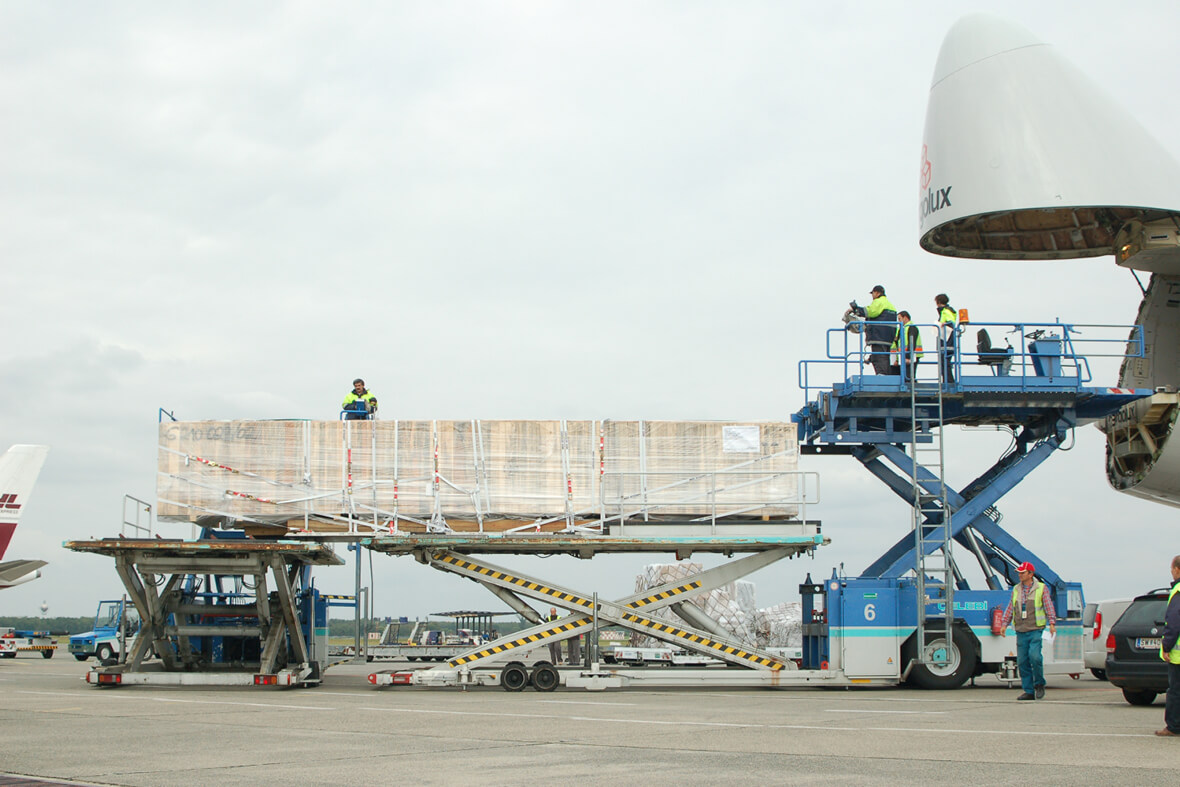 Independent ground handlers are seeking to raise their collective influence and add valuable services for their business needs via an invigorated global body: the Airport Services Association, writes Mark Pilling

One of the surest signs that an industry is growing up is a stronger membership association. That is the goal of Atilla Korkmazoğlu, the chairman of the Airport Services Association (ASA), and Fabio Gamba, its managing director, in their roles at the head of a body that represents a healthy proportion of the independent ground handling industry.
“We are a critical element of the aviation value chain and our importance to customer service can sometimes be overlooked,” said Korkmazoğlu, who combines his role as ASA chair with his day job as president ground handling and cargo (EMEA) at Istanbul-based Çelebi Aviation Holding. “Using the ASA platform to promote a strong and dynamic message about our role as vital business partners for airlines, airports and aviation authorities is essential.” This seems the least this relatively quiet, but surprisingly large, part of the aviation world deserves. Prior to the pandemic, ASA estimated that the ground handling workforce had reached 1.6 million employees worldwide and was growing fast. That has gone backwards over the last two years of plunging traffic but will grow again as passenger numbers recover.
Today, ASA represents about 70% of the global independent ground handling industry by turnover, which was estimated to be worth more than US$100 billion in 2019, said Gamba. The association was established in 1974 as the Independent Aviation Handlers Association (IAHA), focusing on European airport- and ground handling-related issues. “Especially in the past 10 years, ASA has grown to become the global representative of the independent ground and air cargo handling industry,” said Gamba.

Recruitment drive
“A big ASA focus has been to recruit more small and medium-sized handlers to ensure the association represents businesses across the industry spectrum, and not just the largest players,” said Korkmazoğlu. ASA now has 58 members. “Our drive has been to be truly global and represent all airport service providers and not only those in Europe or the western world. We’ve succeeded to a point, but we want to go further,” he said.
While ASA has reduced its membership fees for smaller handlers to make it cheaper for them to join, the main attraction to join “must be that the association adds value – we must be relevant,” said Korkmazoğlu. “The main issues that we all face, day in, day out, are common,” he added. “Our aim is to create a dialogue between ground handlers and the authorities and the other industry associations where we are instrumental in directing and shaping the conversation. We should not be passive as ground handlers.”
Korkmazoğlu and the ASA board members understand this is not an overnight task, but the association is making steps in the right direction. “In 2021 we concentrated on making more effort on advocacy, not only to the other associations and regulatory bodies but also internally to create unity amongst members,” he explained.
“We have had our successes. We increased the number of ASA members in 2021 despite there being a deep crisis affecting the whole industry,” said Korkmazoğlu. Expanding the membership base boosts ASA’s claim to be the single industry voice that the main aviation associations such as IATA, ACI and TIACA, and the regulatory bodies like ICAO, EASA and FAA, should listen to. “Our aim is to be recognised as the global association for all service providers by the aviation industry including regulatory bodies and other associations,” said Korkmazoğlu. Over the past couple of years, ASA has stepped up its collaboration with IATA and is in talks with ACI and TIACA about deeper co-operation, he said. This has included ASA having a voting seat on the IATA Ground Operations Group, which advises the IATA airline board on all matters related to ground operation, safety, and efficiency.
Over the decades, the work of IATA has grown to include numerous working groups that deliver advice and guidance, and establish industry standards. An important and practical move taken by ASA in 2021 was to establish its own set of six working groups, which are:
• Ground Support Equipment
• Sustainability
• Safety
• Training
• Legal
• Cargo
“It is very heartening to see this good progress and how well the groups are working,” said Korkmazoğlu. “This is voluntary work for the individuals concerned and I’m proud to see the enthusiasm of the group leaders and members.” An early deliverable from the safety group, for instance, is the finalisation of the ASA Safety Incident Database, which will be a global record of ground handling incidents ¬– a necessary step in improving ground safety.

ASA Leadership Forum
The most important move ASA is taking to increase its visibility is the decision to create its own global forum, to be called the ASA Leadership Forum. Up to now handlers have gathered either at the annual IATA Ground Handling Council or other events. “These are valuable, but the board believes we need an ASA forum to bring the ground handling industry together to debate and work out the solutions needed for ourselves,” explained Korkmazoğlu.
ASA is working with the publisher of ARGS, EVA International Media Ltd, to host the forum, which will take place on 5-7 September in Athens. The ASA Leadership Forum will be part of the Airline Ground Service Global Networking Summit, “creating an event that brings together all stakeholders within the world of ground handling services”, according to EVA.
The forum is one of several practical initiatives ASA has kicked off to create value, along with the hosting of webinars to increase its global reach on important topics and using social media more effectively, said Korkmazoğlu.
The event will undoubtedly provide a key waypoint in understanding how far and fast the industry has recovered from the Covid-19 pandemic. “Ground handlers have suffered like all other players in the industry and have shown an incredible resilience despite crippling revenue losses,” said Gamba.
During the pandemic, ASA lobbied governments to obtain support cash to help them weather the storm, but with limited success. This contrasts with the airlines ¬– which did relatively well in this respect. Korkmazoğlu acknowledges that having a strong association behind them, such as the airlines have with IATA, is an important factor in winning support for members. “We did raise our voice during the crisis, but with mixed results so far,” he said.
Business partners
Raising the profile and influence of the handling industry is something only ASA and its members can do. However, handlers often feel under-valued as business partners. “There is no doubt that as a part of the industry with some of the highest numbers of employees at airports, our services are key,” said Korkmazoğlu. “We are an indispensable and invaluable piece of the travel and logistics industries. Ground handlers and their employees should be treated as respected business partners, and we say strongly that some players do not act in the proper way.”
In practical terms, this can be seen at airports where the playing field in the handling market is not even for all participants or would-be entrants to the market. There are also locations where the widely recognised industry standard Service Level Agreement (SLA) protocol is not applied or is simply ignored.
“Bringing the industry to a level playing field in terms of access as well as economic sustainability and quality is vital,” said Korkmazoğlu. “There must be minimum levels for employees in things like restrooms and changing rooms at each airport, there must be measures to prevent the use of black-market labour and there must be minimum SLA levels,” he added. ASA is working hand in hand with the civil aviation authorities, both in Europe via EASA, and globally via ICAO, to work on some form of legislation to impose standards for training, safety management systems, minimum quality of service, etc, explained Gamba.
These areas are important for safety and social reasons at any time, but especially so today when the ground handling industry has lost large numbers of skilled and experienced staff because of the pandemic. “There have been many who have left to work at call centres and such like,” said Korkmazoğlu. “How are we going to get them back or recruit a new generation?
“Our job is often a difficult one,” he went on. “We work around the clock, 24/7, often outside in all weathers and with shifts, and in an industry where a delayed flight or other problem is common. This is why we must give a higher priority to employee recognition in the handling function, including the application of regulated training standards; otherwise, finding the right people to do our crucial roles as the rebound comes will be extremely challenging.”
Even before the pandemic struck, there were voices in handling saying that the race to the bottom on pricing had been reached, and that some SLAs with airlines were punitive and nowhere near true partnerships. However, since the liberalisation of many handling markets in the late 1990s, which triggered the globalisation and consolidation of a large chunk of the industry, business has become intensely competitive. This benefited airlines, which saw handling as an ideal function to outsource.
Korkmazoğlu and Gamba understand that it will take time, hard work and money for ground handling as an industry to change the dynamics at play in these areas. As the association’s website states: “ASA unites members to provide a platform where our independent companies can drive change, influence the industry and promote safety and quality at our airports.”