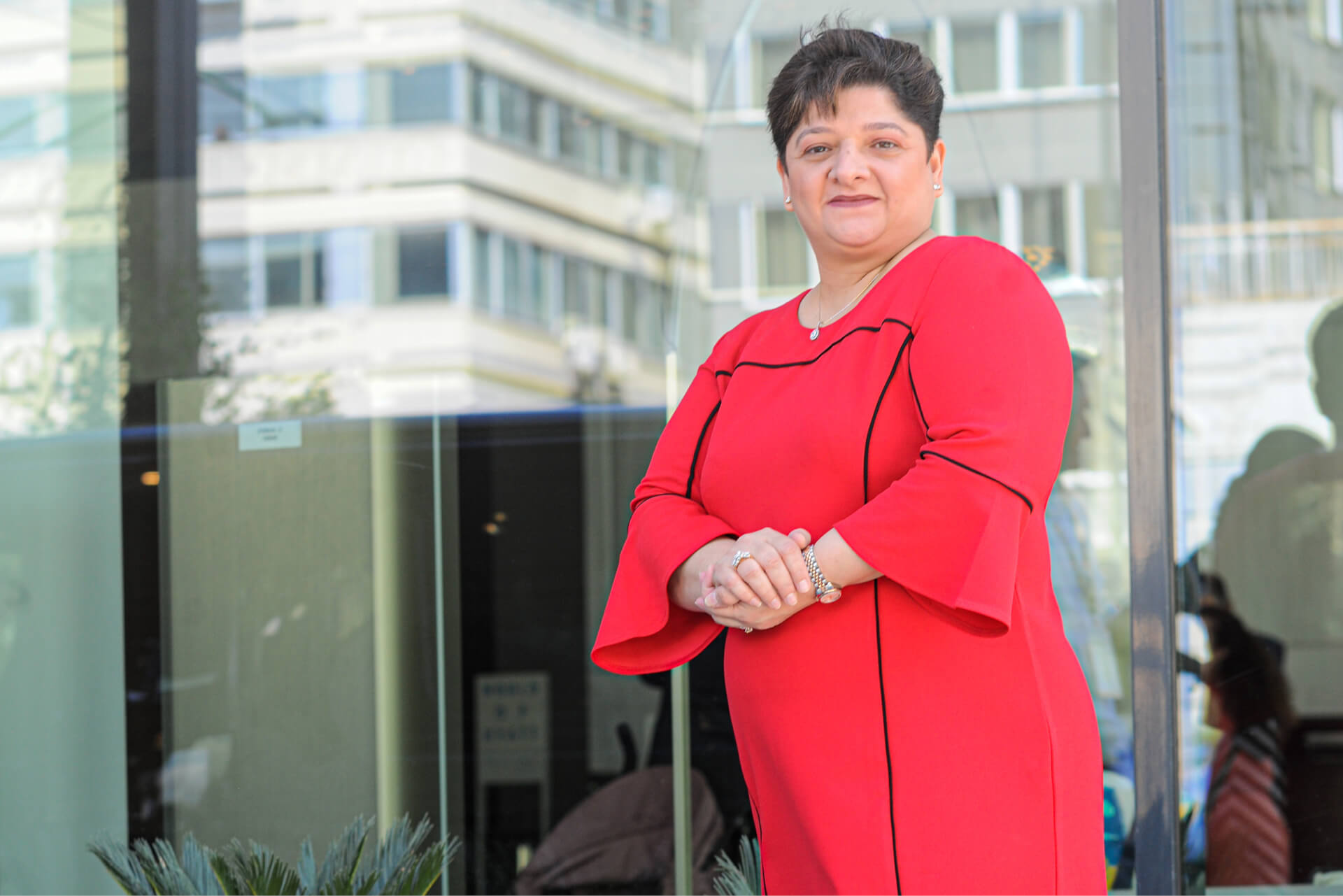 One of India’s newest handlers, LAS Goldair: a joint venture between LAS Ground Force and Goldair Handling, is up and running. Director Humin Daver spoke to ARGS reporter Olivia Pilling.

The year 2022 is a landmark for Indian services joint venture LAS Goldair Handling as it launches operations at two Indian airports.
“We have already established ground handling services at two airports in India, along with a team of airline professionals starting with Bagdogra International Airport earlier this year and followed with Udaipur Airport being launched in September,” Humin Daver, director of LAS Goldair Handling, told ARGS.
The services concession agreement was signed between the joint venture company and the Airports Authority of India (AAI) in December 2021. The agreement spans 10 years, during which LAS Goldair Handling will be responsible for the ground operations for scheduled and charter airlines at Bagdogra International Airport.
The joint venture is forecast to invest around US$2.5 million during the contract period to ensure seamless, end-to-end service delivery. As Bagdogra is the gateway to the north-east of India, this was a prestigious deal that showcases the expertise of both partners in the joint venture. LAS Goldair Handling currently holds the status as the only private company providing ground handling services at Bagdogra.
“The most important reason for setting up a joint venture with Goldair Handling was to establish European standards of ground handling services at major airports in India,” said Daver. “Goldair Handling will bring its international airline connections and relationship to the partnership in India, making it a preferred choice for airlines who demand the highest quality of customer service and on-time performance, with the use of world-class ground support equipment that meets airline SLAs (service level agreements).”
LAS Group is an established aviation group that provides ground handling services for commercial airlines, aircraft interior MRO, and air cargo operators as well as logistics and freight forwarding across India. LAS Group customers include both domestic airlines in India and major international airlines such as the recently privatised national carrier, Air India.
Athens-based Goldair Handling is one of the leading suppliers of ground handling services in south-east Europe, offering a full range of passenger, ramp, aircraft, cargo, and mail services. Launched in 1992, it also provides airline representation, flight supervision and crew administration, as well as VIP, executive aviation and airport lounge services.

Winning tenders
LAS Ground Force began a joint venture with Goldair Handling seven years ago to establish international standards of ground handling services for airlines at Indian airports. In 2021 the joint venture was finally successful in being awarded a ground handling licence for four major airports in India: Chennai, Goa, Bagdogra and Udaipur.
After Bagdogra, the next stopover for the company is Udaipur, in the north-west of India in Rajasthan province. Udaipur is a popular tourist destination in India, home to the City of Lakes, and attracts domestic travellers and foreign tourists alike.
Besides the normal tourist season, cities in this region witness significant footfall during winter due to the wedding season, and Udaipur is a popular choice for destination weddings in India. As many as 600 charter flights are expected to arrive in the city from September 2022 onwards. LAS Goldair has almost completed its hiring drive to ensure that it has enough resources and talent to offer top-of-the-line ground handling services to airline companies once the wedding season in Udaipur starts, said Daver.

Growth market
The joint company set up between LAS and Goldair is headed by Burzin Manek Daver, chief executive officer of LAS Group, and Andreas Fotakis, commercial director of Goldair Handling SA. The board of directors for the group holds three full-time directors from LAS and two directors from Goldair Handling.
“Our aim is to establish services at major airports in India starting with four airports and progressing to a total of 40 airports in India,” said Daver.
Indian aviation is one of the fastest-growing aviation markets globally, with 15% year-on-year passenger growth forecast and with a host of new airports being planned. Indian airports have already surpassed pre-Covid passenger numbers. India has also seen the arrival of new players, such as Akasa Air, and the relaunch of older names like Air India and Jet Airways.
A major player in the country is Tata Group which has four airlines under its ownership: Air India, Air India Express, Vistara and Air Asia India. It has significant plans to grow its fleet in the next decade. All four players are LAS Goldair Handling customers.
The joint venture with Goldair Handling “has signed ground handling agreements with domestic and international airlines for the two airports that have commenced operations in India”, said Daver.
“We are strong on the general aviation market, including chartered flights and non-scheduled operators who frequent the airports where the partnership has been established with modern ground handling equipment and trained personnel for carrying out ground handling services as per the tender award,” she added.
LAS Goldair’s plans to grow its network in India include major metro city airports like Mumbai, Delhi, Kolkata, Bangalore and Hyderabad. It is also introducing ‘meet and greet‘ services along with services for passengers with restricted mobility, plus passenger lounge services, at major airports in India later this year.
“Since LAS Group has been well established in India for over 40 years and entrenched in the aviation industry, we have managed the challenges of implementation of the joint venture with our European partner very well,” said Daver.
“It has been a learning experience, moving ahead with the partnership, which is built on mutual trust and respect for each other,” she added. “Foreign investment coming into India has its fair share of procedures with several compliance requirements, which was one of the major hurdles faced by the partnership in the initial set-up stage, which is progressing well.”
“The companies have similar philosophy and working cultures since we both are family-owned and closely held companies with huge emphasis on human capital and a friendly environment for employees to work and excel at in Indian airports,” explained Daver.
Humin Daver has headed the aviation training business for LAS Group for the past 15 years; during her tenure, she has set up training colleges and conducted aviation training courses. She currently sits as chairman of LAS Ground Force, one of the four main business units of LAS Group. Daver comes from an entrepreneurial aviation family – her husband Burzin Manek Daver has headed up the LAS Group for 40 years and is the second generation of the family to run the business.
Looking forward, LAS Goldair is “preparing for handling the winter schedule which commenced in India in September, and since the first two airports are tourism-friendly destinations, we expect a high volume of business arising from chartered flight operations.”