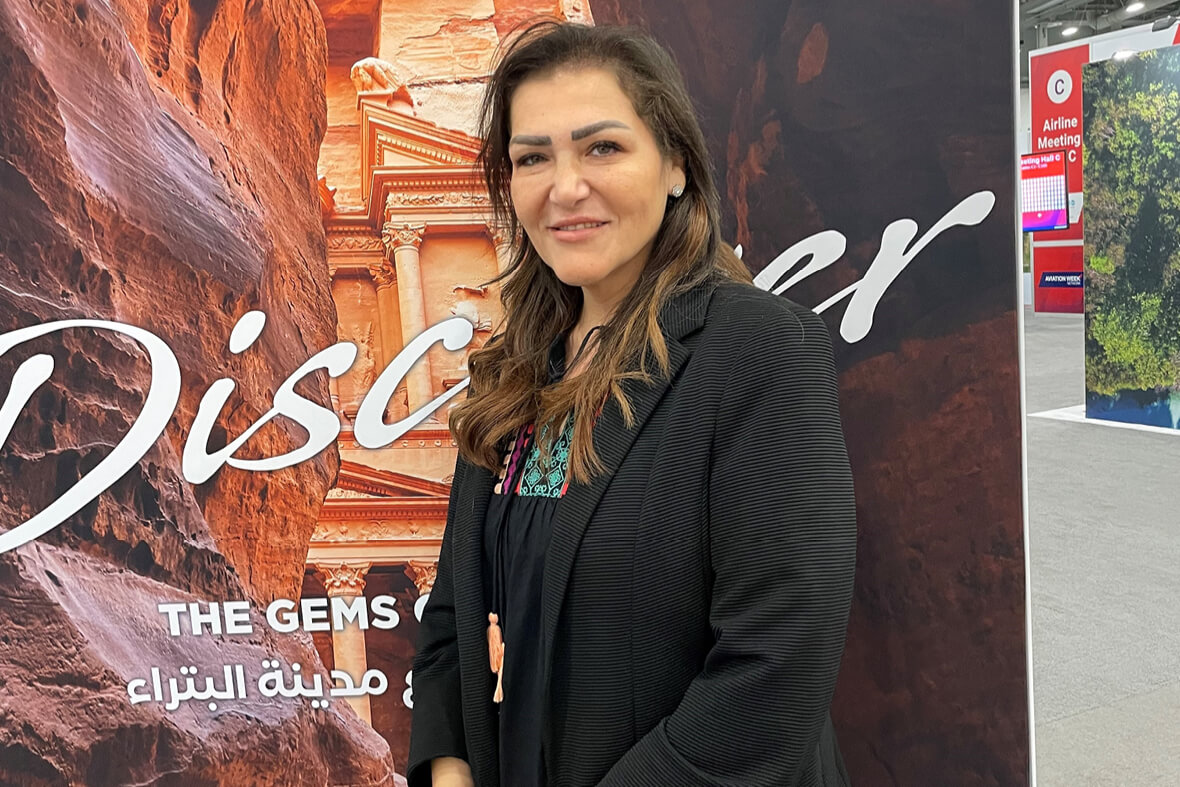 Prior to the pandemic Queen Alia International Airport (QAIA) was welcoming a new player to Jordan, bringing Ryanair to the country for the first time in a hard-won campaign to attract more leisure travellers in partnership with a low-cost carrier. “We wanted an LCC that we knew would definitely be an anchor [carrier] and bring in others,” explained Deema Anani, Chief Commercial Officer at QAIA, which serves the country’s capital Amman.
In 2019, Ryanair started with nine destinations that were unserved in Europe and half of QAIA’s additional traffic was coming from LCCs, said Anani. The peak traffic year for QAIA was 8.9 million passengers in 2019.
Discussions between the airport, the Jordan Tourism Board and the Ministry of Transport had created the Air Travel Development Strategy, under which they would collaborate to attract new air service. The airport had built a new terminal that by 2016 had increased capacity to 12 million passengers. It had a passenger profile that was mostly VFR, with Jordanians the largest market followed by Arabic nationals from the Gulf and Levant regions.
LCCs were targeted to help diversify the portfolio of passengers travelling to Jordan with the focus on Europe and Asia, said Anani. Jordan has an Open Skies accord with the European Union that helps the process of opening routes between Jordan and European countries.
The pandemic put these plans on hold. Now they are being revived and QAIA is seeing traffic return – and it wants to lure more LCCs and support the growth of home base carrier Royal Jordanian Airlines. “In general, the recovery is going OK. We will close 2022 with 86% of our 2019 traffic level,” said Anani, in addition to service resuming 90% of its 2019 roster of destinations. It will take until 2024 for 2019 traffic levels to be reached, she added.
The drive to attract more LCC service continues, with Wizz Air, Transavia and easyJet all serving QAIA. Vueling will fly to QAIA for the first time in December with a service from Barcelona. Other new routes this year have seen Transavia connect Paris Orly and Royal Jordanian begin flights to Lyon.
QAIA works closely with Royal Jordanian to help it develop its strategy of being a convenient connection point to routes across the Levant region.
The airport is also targeting routes in Eastern Europe and Scandinavia where it believes there is demand from visitors wanting to sample Jordan’s unique heritage, landscapes and beaches.
A major win for QAIA has been its first route into East Africa when Ethiopian Airlines launched a three times weekly Boeing 787 service to Addis Ababa in September, said Anani. This service is already seeing strong load factors and has good cargo opportunities, she added.
In addition to its European focus, QAIA is hoping its Asian network will be re-established. “We are looking to see how we can promote connectivity with Asia,” said Anani. Pre-Covid, Royal Jordanian served Kuala Lumpur, Bangkok, Hong Kong and Jakarta; only Bangkok had resumed at the time of this interview in October.
One interesting route opportunity is India. “Jordan has become a destination for a lot of Indian weddings,” said Anani, the country having been featured in several films in India.