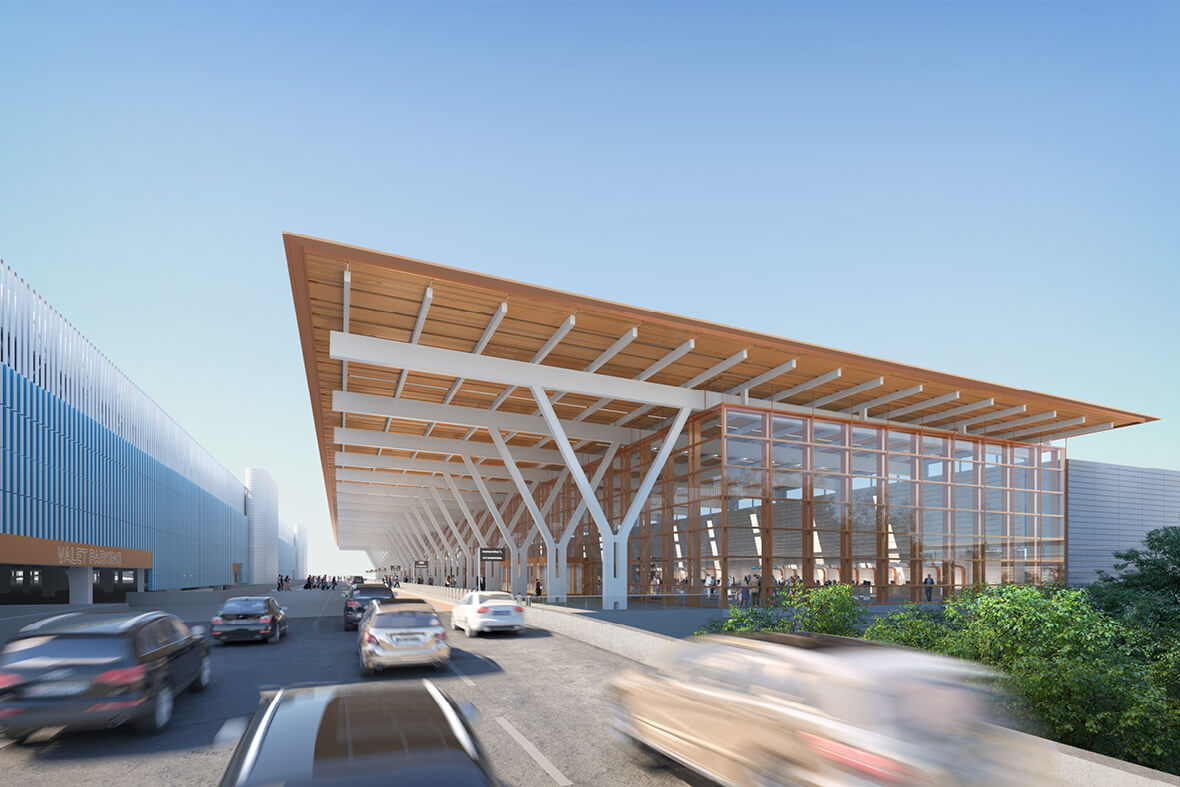 “We will deliver a post-pandemic terminal at pre-pandemic prices,” declared Patrick Klein, director of aviation at Kansas City International Airport (KCI), for the Aviation Department’s development team at the city has locked in the build price of the terminal, regardless of any pandemic-related inflationary effects on construction and material costs.
And this city, the largest in the state of Missouri and located exactly in the centre of America, is more than ready for an up-to-date airport. The current three single-storey terminals, with their horseshoe design, were conceived and built for 1960s air travel, but with miniscule terminal space they were obsolete within weeks of the original terminal opening in 1972.
To rectify matters, the new KCI will feature a sparkling, spacious, single 39-gate US$1.5 billion terminal, scheduled to open in 2023. It is the largest single infrastructure project in Kansas City’s history.
Klein is gratified that the pandemic did not put a brake on the project, dubbed ’Build KCI‘.
“While we saw other projects [in the US] stopped, we are grateful to the airlines for their support,” he told ARGS at Routes. “They have an equal vote on the construction and design and didn’t once say it should be stopped. They know the need and how much the old facility is a hindrance to growth.”
The project started in April 2019 and is on time and on budget, said Klein. “It is a real opportunity for us to be at the front of the airline path to prosperity in a facility that will change the way travellers experience Kansas City.”
For Southwest Airlines, which has about 50% of the traffic at KCI, the new terminal will enable it to grow. “Southwest, our major carrier, has said it has throttled back connecting services [because of the limitations of KCI],” said Klein. And it is not alone. The terminal will eliminate the constraints that airlines say have discouraged them from increasing services to KCI, he noted.
The KCI team are excited about the new terminal attracting more domestic service and are spying transatlantic links too. In 2018, KCI had worked with Icelandair to launch a service to Reykjavik, the airport’s only transatlantic link. However, in October 2019, Icelandair pulled the route, and also stopped its San Francisco service as it trimmed its US network.
But Icelandair’s experience helps prove there is a market, said Justin Meyer, KCI’s deputy director of aviation marketing and air service development. In the peak months of June and July there are some 600 travellers a day travelling to Kansas City from Europe, with over 400 a day on average across the year. This data shows there is demand, said Meyer, and aircraft like the long-range Airbus A321XLR or Boeing 787 Max would be the perfect types to help make a Kansas-to-Europe route viable.
“In the post-pandemic world, market opportunities like this are going to grow significantly – we will see trans-oceanic flying and routes into KCI could work well,” said Meyer.