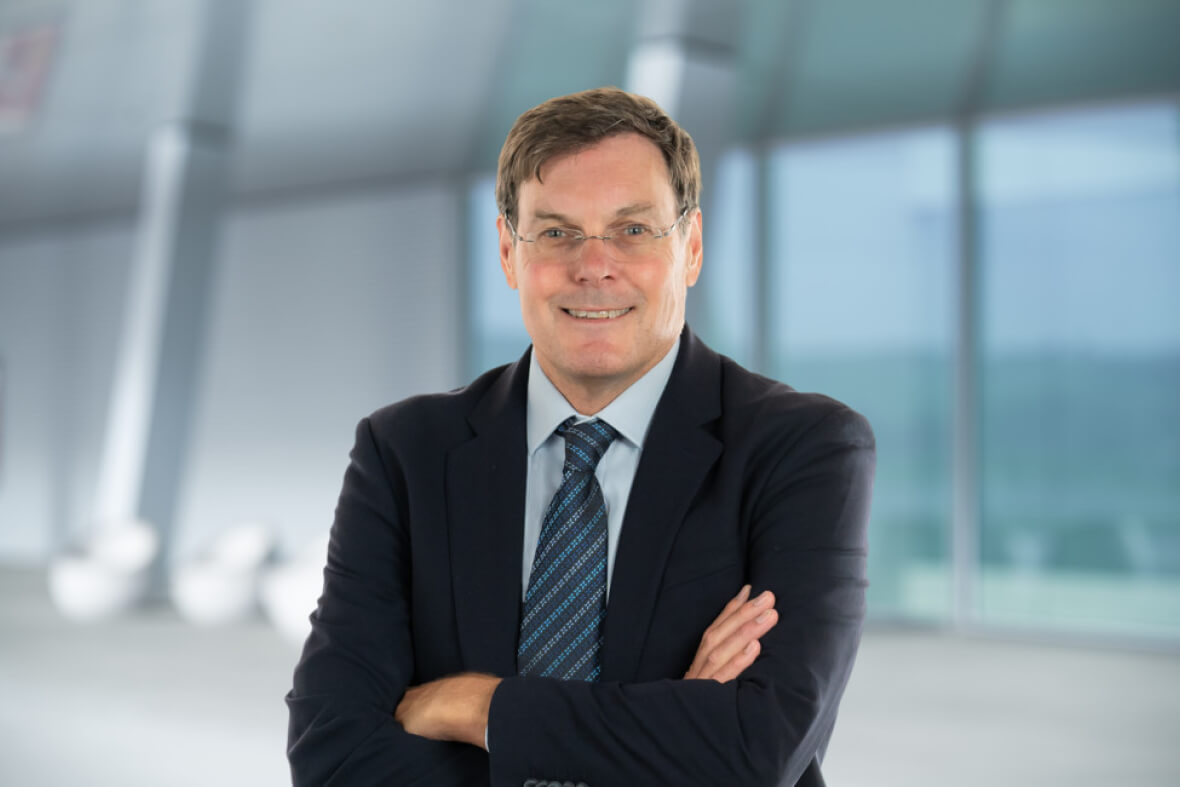 In May this year, Warwick Brady officially stepped into the hot seat of president and CEO of globally active ground services provider and cargo handler Swissport. It’s been a challenging time in which to settle into the position, but he has big plans and has already made a start on implementing change.

He spent the next three weeks in London before relocating on a permanent basis to Swissport’s headquarters in Zurich – but has travelled a great deal since May, meeting Swissport executives and employees at some of its 270 or so airport stations around the world, as well as large numbers of Swissport partners and customers.

From the start, Brady has been keen to implement his plans. He summarises his priorities under five main headings, the first of which is safety. This encompasses a focus on not damaging – ie injuring – people; on not damaging customers’ aircraft; and ensuring that there is an open safety culture within the handler that encourages any mistakes to be reported.

“This is really, really important,” Brady says, adding that he expects to see Swissport’s accident reporting rate go up as a result of the introduction a more open culture that raises a ‘red flag’ whenever and wherever there is an unwanted incident from which operational lessons can be learned – not reflecting lower, but actually higher, safety standards amongst its ground and cargo handlers.

An executive has been newly appointed by Brady to have responsibility for the business’ increased focus on safety.

The second priority for Brady has been to put in place a leadership team that will support the company’s transformation programme. Good strides have been made on this already, with new regional leaders having already been appointed – as of July 2021 – in eight of the nine areas into which Swissport divides the world.

Brady refers to these regional executives as P&L leaders, given that they are responsible for the profit and loss of the business under their wing, as well as all the other usual financial considerations of a private company. However, they manage all other aspects of Swissport business in their regions as well – in fact, in a nutshell they are accountable for delivering on all elements of the corporate business plans agreed for their respective geographical areas.

The third area of focus for the CEO is Swissport’s customers, and the relations between them and the handler. Much of Brady’s time over the last few months has been spent on meetings and calls with client airlines, and that process is ongoing. As well as carriers, he has also met with numerous airport operators, travelling to these gateways to get their feedback and assess their requirements.

Brady describes the airlines Swissport handles as its customers and the airports at which it operates as partners, and views relations with both as critical to the company’s success.

A fourth priority is what Brady describes as “consistency of operations”. There remains some inconsistency in the nature and quality of the Swissport offering in stations around the world, he admits, and he wants to see the same high quality provided wherever Swissport supplies ground handling or cargo services.

To this end, Swissport is defining what ‘good’ looks like for all the stations across its network. As with safety, a senior executive is responsible for delivering on consistency.

Finally, says Brady, “We are a bit fat around the middle: we need to cut back on our overheads in places and ensure that we have a lean operation.” In particular, he is looking at a lean HQ in Zurich that gives a high level of support to the various Swissport handling operations at stations right around the globe.
To execute on this wide-ranging programme, new senior managers are being put in place at the highest level. A relatively new chief technology officer (CTO) is among those who have been appointed by means of either making optimal use of the large talent pool within Swissport or through attracting fresh talent into the business from elsewhere.

Market leader
“The big picture is that we are the market leader,” says Brady, so there is certainly no desire to move away from what has made Swissport so successful up to now, even though the Covid-19 pandemic and its impact on the aviation industry has of course hit the company hard.

Swissport is twice the size of other handlers like Menzies, Worldwide Flight Services (WFS) or dnata when measured in terms of global footprint, Brady observes. In 2020, Swissport provided ground services for approximately 82 million travelling passengers and handled roughly 4.1 million tons of air freight.

Air cargo has held up exceptionally well during the pandemic – demand has been as high as ever and the aviation industry has taken steps to provide freight capacity to at least partly compensate for the bellyhold space taken out of the market when passenger aircraft were grounded.

Thus, Swissport’s cargo business – and it is second in the worldwide air freight handling business only to WFS – has continued to perform very strongly. However, Swissport could do nothing to prevent the dramatic fall in passenger numbers that the industry has seen over the past 18 months or so. It has made good use of any government schemes such as furloughs wherever they were made available however and, says Brady, “That has helped us a lot.”

Its global presence has protected the handler to some extent from the impact of the downturn, some geographical markets having held up better than others, as has the fact that it offers such a breadth of services. As well as cargo and standard ground handling services, Swissport also provides aircraft refuelling, lounge services and even has its own health and security offering under the name of Checkpoint.
Moreover, “We learnt very quickly how to manage our variable costs,” Brady continues. Indeed, the challenge going forward is likely to be how to get people back into the business where and when required should passenger numbers recover as quickly as is hoped.

Swissport is predicting that passenger levels might next year be back to between 60 and 80% of pre-pandemic numbers, but Brady is expecting traffic to be very “peaky” – ie, spiking and falling on almost a daily basis as conditions and demand frequently change.

Flexibility, then, is going to be “super important”, Brady considers. “We will have to be adaptable.”

The new order that is likely to reign in the aviation industry will not just be characterised in the near future by a relatively high degree of instability and uncertainty: it will also require different processes for safeguarding health and maintaining confidence in air travel. Investment in digitisation, to which Brady is committed, will help to cut back on some face-to-face contact, perhaps, but passenger handling service provision is likely to change long-term as a result of the pandemic, he says.
The handling business is also likely to see even greater consolidation than it has up to now, Brady believes. Once the various national furlough schemes come to an end, some of the smaller ground service providers may find it tough to survive. Thus acquisitions are another potential component of the Swissport business strategy, he confirms – adding that this is an area in which the company’s shareholders (investment funds) are keen to play their role.

Recovery
Right now, of course, “We just want to get back to 2019 volumes [of passengers and so flights handled] as quickly as we can.” But beyond that, Brady has a much broader mission as well: he wants to see an upgrade in the importance ascribed to the provision of handling services within the aviation supply chain; after all, he points out, “As a ground handling agent, we unlock the entire supply chain.”

Whatever the future holds, Brady has been more than impressed with the quality and dedication of the Swissport employees he has met up to now. He points in particular to their openness when discussing their role and their passion for their jobs, all of which offers plenty of cause for optimism for the future.