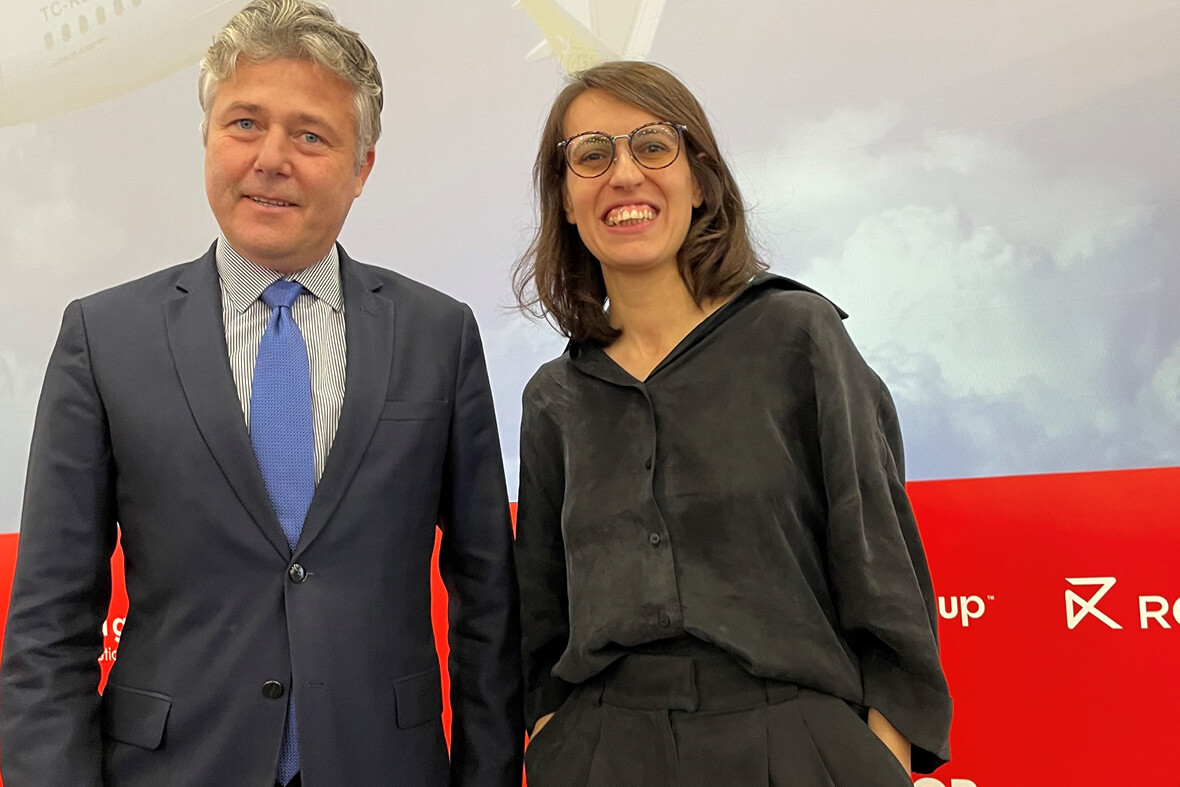 Turkish low-cost carrier Pegasus Airlines is positively galloping out of the Covid crisis with network and fleet expansion, and the long-awaited prospect of a major capacity boost at its Istanbul Sabiha Gökçen International Airport base.
Emre Pekesen, Sales and Network Planning Group Director, and Elifnur Doğruöz, Network Planning and Airline Collaborations Manager, described how Pegasus is a single-class carrier with a point-to-point network that has connectivity at Sabiha Gökçen, where it is the largest player. Some 30% of its revenues come from ancillary services, and it has a fleet of 95 aircraft, mostly Airbus A320s and A321s plus 18 Boeing 737s that are being phased out.
As soon as travel restrictions were lifted, Pegasus rebuilt its network quickly. This started with a fast domestic resumption, which helped the carrier to bring revenue in faster than others without strong local markets, said Pekesen. By the second quarter of 2022 it was back to 96% of its capacity, compared to 2019 levels, and by the third quarter this will rise still further to 113%.
“The rising star for the last year has been Antalya,” said Doğruöz. Pegasus has seen a 30% expansion at this airport, which is a popular gateway for travellers seeking the sun and beaches of southern Turkey. “There are lots of opportunities to grow the network, especially to the east side of Turkey,” she said.
In October 2022, Pegasus could count a network of 125 destinations, of which 89 are international, said Pekesen. The carrier has been adding A321neos over the past few years as it takes deliveries of the type from a 100-strong order. It will receive 20 of the type this year, 18 in 2023, 16 in 2024 and 3 in 2025. This significant fleet growth will enable it to expand its network and lower its seat-mile costs, said Doğruöz.
In mid-2023 Sabiha Gökçen Airport is aiming to open its second runway, giving a major capacity boost to the airport – and the carriers serving it. The current single runway “is limiting our growth”, said Doğruöz. Sabiha Gökçen is one of two international airports serving Istanbul. It is situated to the east of the Bosporus Strait, putting it on the ‘Asian’ side of the country.