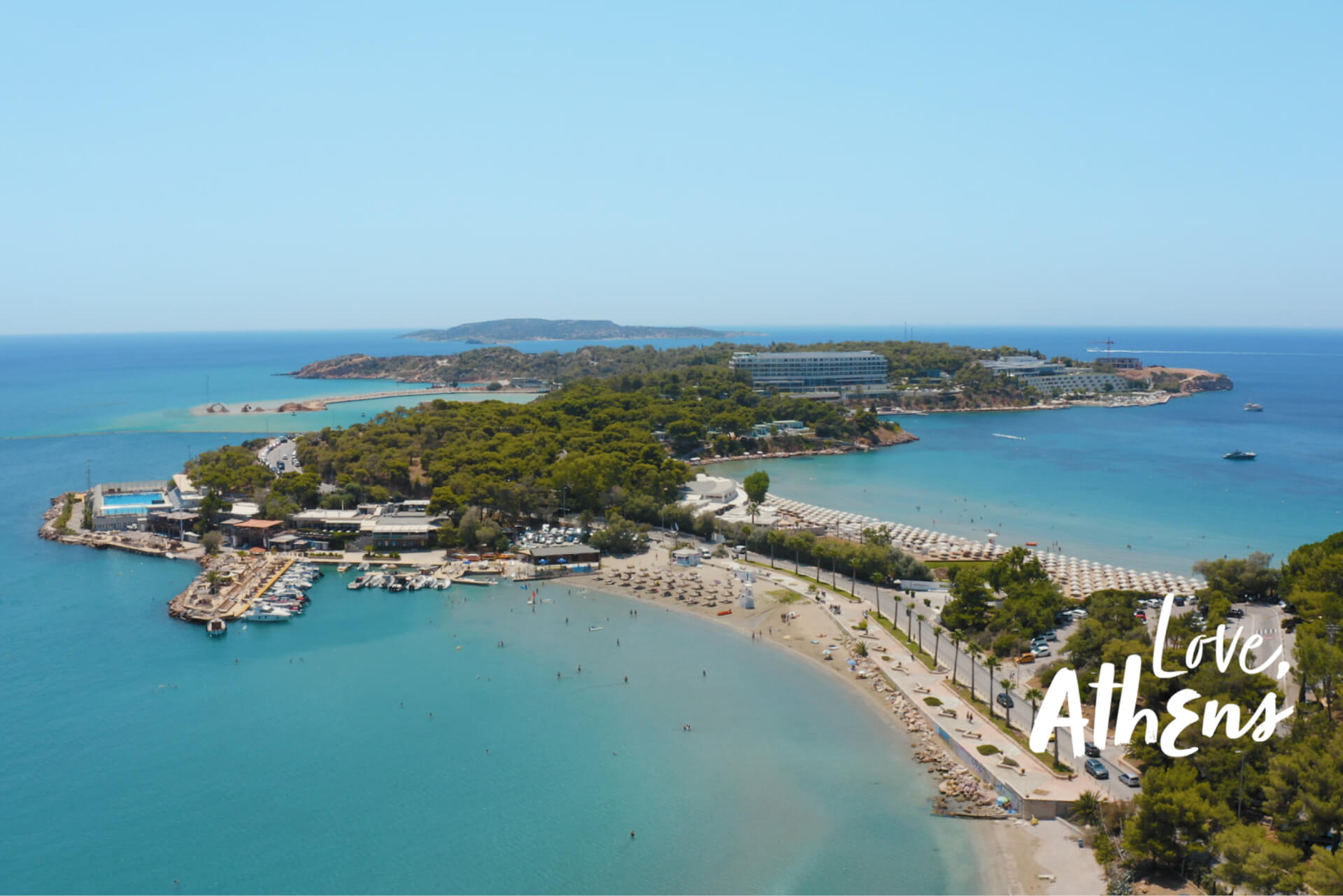 One of this summer’s traffic success stories is Greece and Athens International Airport (AIA). Can this performance be sustained through the winter and into 2023? Mark Pilling talks to AIA’s Ioanna Papadopoulou.

On 10 September, Greek Prime Minister Kyriakos Mitsotakis delivered a boost to the country’s tourism sector that was music to the ears of airports, airlines, hotels and travel service providers of all shapes and sizes.
Tourism suffered badly during the pandemic but has surged this summer and the government will plough money into promoting Greece as a destination to sustain soaring traveller numbers. “In order to extend the tourism season into the winter we will approve additional support,” Mitsotakis told delegates at the 86th Thessaloniki International Fair.
Sponsored by the Greek Ministry of Tourism and undertaken by the Greek National Tourism Organisation (GNTO), the initiative will see “co-promotion” of the country through joint advertising with airlines and tour operators until March 2023.
The government’s move was one of several measures announced by Mitsotakis to provide an economic stimulus for Greece in the face of high inflation and rising energy costs.
The co-promotion applies to airlines operating across Greece, not only Athens, and covers mainland and island destinations alike. The initiative is supported by Athens International Airport (AIA), as well as Fraport Greece, which manages and operates 14 regional airports around the country.
“Most probably we have learnt to live with Covid and all the different waves and the surges,” explained Ioanna Papadopoulou, director of communications and marketing at AIA. “Everybody realised that summer 2022 was the summer of true restart and they tried working on the winter season as well because the seasonality effect is something we have been discussing.

Re-growth story
“Before the pandemic we have been working with the tourism authorities and other tourism stakeholders in promoting Athens as a city break year-round destination; it had worked in the past in terms of synergies and co-operation,” said Papadopoulou.
Prior to the pandemic, the attraction of ancient capital Athens and the country’s beautiful Mediterranean islands had led Greece to enjoy a halcyon period of traffic growth. “2019 had been the sixth consecutive year in a row of spectacular success and spectacular growth in passenger traffic numbers and flight numbers,” said Papadopoulou.
A new traffic high point of 25.5 million passengers was established at Athens International in 2019. The airport was becoming so successful that its notional capacity of 26 million was easily within reach and plans were afoot for major expansion to handle more.
As 2020 arrived and Covid-19 took hold these plans were frozen and AIA, like everyone else in the air transport value chain, went into crisis mode, later replaced by today’s recovery mode.
For Greece and AIA, the traffic recovery has been rapid. “ACI figures show that Athens was in the top three of the fastest-growing European metropolitan airports this year so far,” said Papadopoulou.
“Our summer has been really good,” she added. Travel restrictions dampened performance in the first four months of 2022, with AIA seeing passenger numbers 19% to 48% below the same months in 2019. But from May to August the picture has improved swiftly. August numbers were just 8.5% below the same month in 2019 and as ARGS closed for press, throughput in September was doing well too.
The big worry is what will happen as the slower winter season arrives. “We are all wondering how the winter is going to look,” said Papadopoulou. “The news that we have from our airlines is that forward bookings are in a very good place so we hope this will continue.”
Ensuring that momentum continues is now key, and why government support is so welcome to the travel sector. Greece has undertaken annual co-promotional campaigns in the past, but this is the first time it has focused specifically on the winter. “This was an idea we have been working on with these teams [the Ministry of Tourism and the GNTO] for quite some time, and finally this came to fruition this winter. This is good news,” said Papadopoulou.
AIA’s first aim is simple: “We would like to see airlines scheduling the capacity they had in 2019,” said Papadopoulou.
Full details of the government’s support are still to be unveiled but discussions are underway between airlines and the GNTO with an incentive for those that keep the same flight levels this winter as 2019, and more for those that exceed that level. The support comes in the form of government funding to promote the destination, paid to the airline, which is then matched by the carrier.
Bringing together all parties to promote Athens and Greece is a critical part of the mix. “The important element here is the partnership and close co-operation with the Ministry of Tourism, the GNTO, and the tourism stakeholders,” Papadopoulou noted. This strategy worked well in pre-pandemic years and included the formation of Athens and Partners, a destination-marketing organisation with a mission to create a unified Athens brand, promoting the city as a business destination, targeting higher spending visitors, and increasing the average length of stay.

New incentives
AIA has been communicating the government’s new winter support opportunity with airlines, and it is now “restructuring our incentives, as well, taking into consideration the prevailing market conditions,” said Papadopoulou. This is on top of the help given by the GNTO.
AIA has been listening to its airline partners as it reshapes its incentives. “We go back to the needs of the airlines because it is a different environment,” said Papadopoulou. At a high level, airlines are asking for marketing support to promote the destination to drive ticket sales. The desire is also to see a simpler and more targeted scheme.
AIA’s current programme is an extensive set of 14 different incentives, for example the launch of new routes, starting niche routes, fifth freedom traffic rights, and delivering low fares. The hope is to reveal the new scheme shortly and talk to carriers at Routes World in Las Vegas in October about how it can help. “We think this will be a good value proposition for the airlines,” said Papadopoulou.

Traffic forecast
Although AIA forecasts on the conservative side, the initial prediction for 2022 in total [a projection developed in partnership with IATA’s forecasting team] was for over 20 million passengers this year, but it is going to be much better than that, said Papadopoulou. The outcome will depend on performance in the final quarter of the year, where the outlook remains cloudy.
Home-based carriers Aegean Airlines and Sky Express are leading the recovery in Athens. Star Alliance member Aegean operates domestically and across Europe and to Middle East destinations with a fleet of 55 Airbus A320 family aircraft. It has a 48% market share at Athens. The second-largest carrier at the airport is Sky Express, which has a fleet of eight A320s and 12 ATR turboprops.
Aegean has committed to a winter schedule that is 97% the size of its winter 2019 schedule. Sky Express, meanwhile, used the pandemic as an opportunity to grow beyond its domestic network with the launch of connections to Larnaca, Brussels, Paris, Rome and London.
Services to these five destinations continue year-round and recently Sky Express announced the addition of Munich, Sofia and Milan for the winter season. Passenger numbers are now 110% above its 2019 figures and its market share at AIA has risen from just 2.5% in 2019 to 13% today. “We are also expecting to see other airlines at least reaching close to the levels they had in 2019,” said Papadopoulou.
This summer, the best-performing international markets at AIA have been the USA, Austria, Israel and Hungary. These have grown in the April-August 2022 period by 49%, 32%, 22%, and 13%, compared to the same months in 2019.

US market booms
Papadopoulou described the performance of the USA-Athens market as “stellar”. In summer 2021, Athens welcomed New York JFK with American Airlines, Atlanta with Delta Air Lines and Washington DC with United Airlines. With the addition of Boston in May 2022, Athens is connected to seven airports in the USA (three more than 2019), serving six cities, with non-stop services offered by four airlines, operating 63 weekly departures or nine daily departures.
Attracting long-haul service is always important for any airport, but for Athens, where local carriers do not operate beyond Europe or the Middle East, the ability to woo international players is critical. “For an airline to add a widebody service to the Athens market it means that the airline is confident that they can fill the seats; and they do,” said Papadopoulou. “Long-haul routes are a priority to us.”
In general, some 80% of travellers that arrive at AIA come to visit Athens, with the remainder spending up to 24 hours in the city before travelling to other destinations in Greece. The attraction of the Greek market this summer has seen the arrival of LOT, TUS Airways, Air Albania, Condor, BA Euroflyer, Flyr and Jet2.

Targets markets
Target markets for AIA are more service to the USA, India, Thailand and South Korea, said Papadopoulou. The latter three do not have direct service to Athens at present. Pre-pandemic, services to Delhi and Shanghai were close to being launched, but both were axed.
AIA, Aegean, Sky Express and handlers like Goldair Handling took strong actions to mitigate the effects of the pandemic, most significantly to avoid mass lay-offs. This enabled Athens and most Greek airports to avoid the travel disruption seen at several other European and international airports as demand picked up. This was a critical factor in Greece being able to welcome the return of traffic without major hiccups.
AIA’s priority is to get the message out about the attractiveness of Greece and Athens as destinations, the government’s support package and its own revised incentive programme. Las Vegas and Routes World is the perfect place to hear the Athens story.
And, as a footnote, AIA has been shortlisted for the Routes World Marketing Awards 2022 that will be unveiled at the event in October.