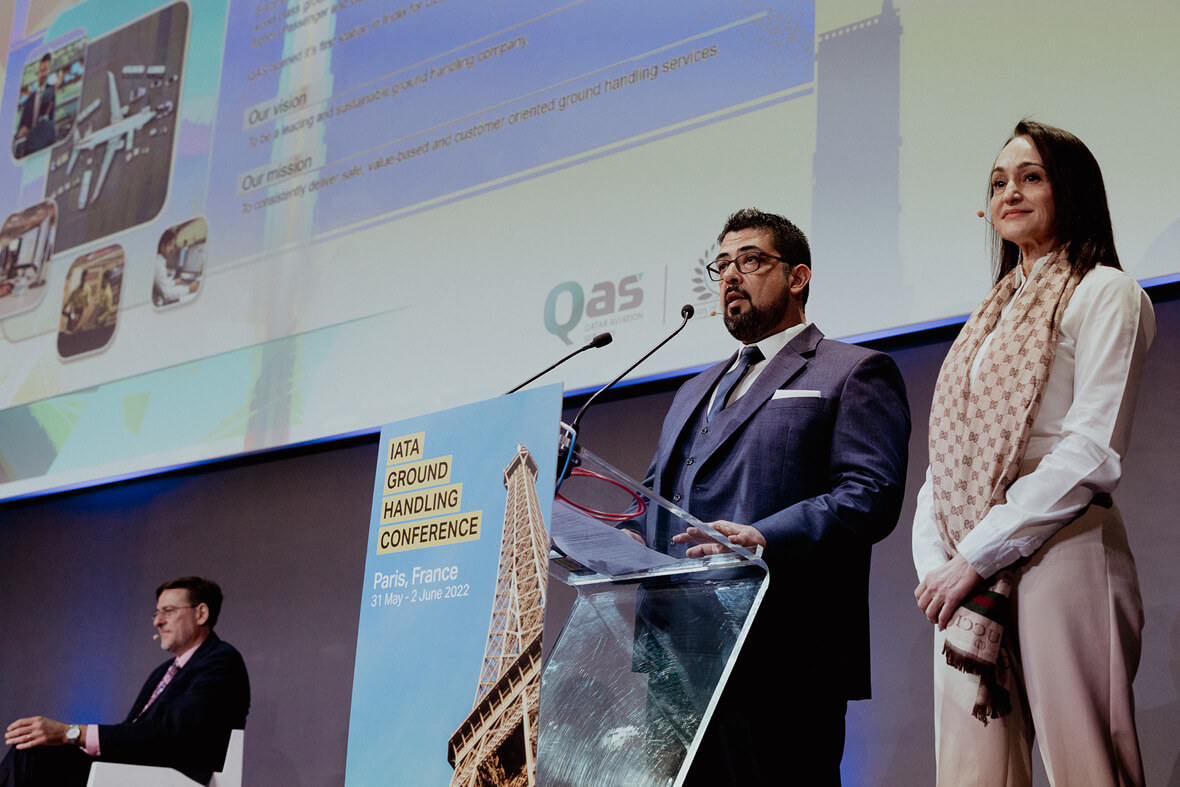 With a solution dubbed ‘Pit Turn’, Qatar Aviation Services (QAS) took centre stage at the IGHC presenting a tool that it believes will centralise and modernise a raft of legacy systems and procedures. Pit Turn aims to deliver a 21st-Century ramp operation for its customers, stakeholders around the airport, and its own staff Robert Sanz, manager ramp operations, and Marta Gomez Andreo, manager of innovation and operational improvements at QAS, described how Pit Turn, its name inspired by the world-class racing car turnarounds made in Formula 1, has been several years in the making.
At Doha, QAS handles over 30 airlines and four cargo carriers. It handles 17 million passengers a year, processes 2.6 million tonnes of cargo annually, and has an average connection time of 45 minutes.
“The aim of the [Pit Turn] project was to gather more information and make decisions in real time when dealing with operational or handling delays,” said Andreo. As the main services provider at Hamad International Airport, QAS has all the challenges of a big hub operation such as limited visibility of turnaround issues, a variety of systems to manage, flight delays and capacity optimisation.
The standard practice at QAS was previously a mix of co-ordinators using pen and paper or forms filled out on tablets, resulting in multiple decentralised data inputs from a variety of sources, said Sanz. “It was a very reactive approach to handling,” he noted.
A wide consultation effort prompted QAS to develop its turnaround digitalisation programme. This led to a large digital and data IT project that automatically sucks in data and information from around the services ecosystem. “Automation is the key, so we can gather transparent and accurate data from turnarounds to make better decisions and make preventative actions,” said Andreo.
The application was developed in collaboration with Qatari airport systems specialist MATAR IT to create a dashboard to monitor turnaround activity. Data flows in from baggage, cargo and a host of airport-based systems to feed Pit Turn. Over time, the tool will expand to include more information, such as fuel tracking and cabin cleaning.
The application is in daily use today at Doha, said Sanz. “Our highly trained team is highly synchronised to achieve the collective goal of the aircraft leaving on time and safely,” he explained.
By 2023, all ground-related incidents will be recorded in Pit Turn for the first time, said Sanz, explaining: “The idea is to detect the threat before it happens and reduce the number of incidents.