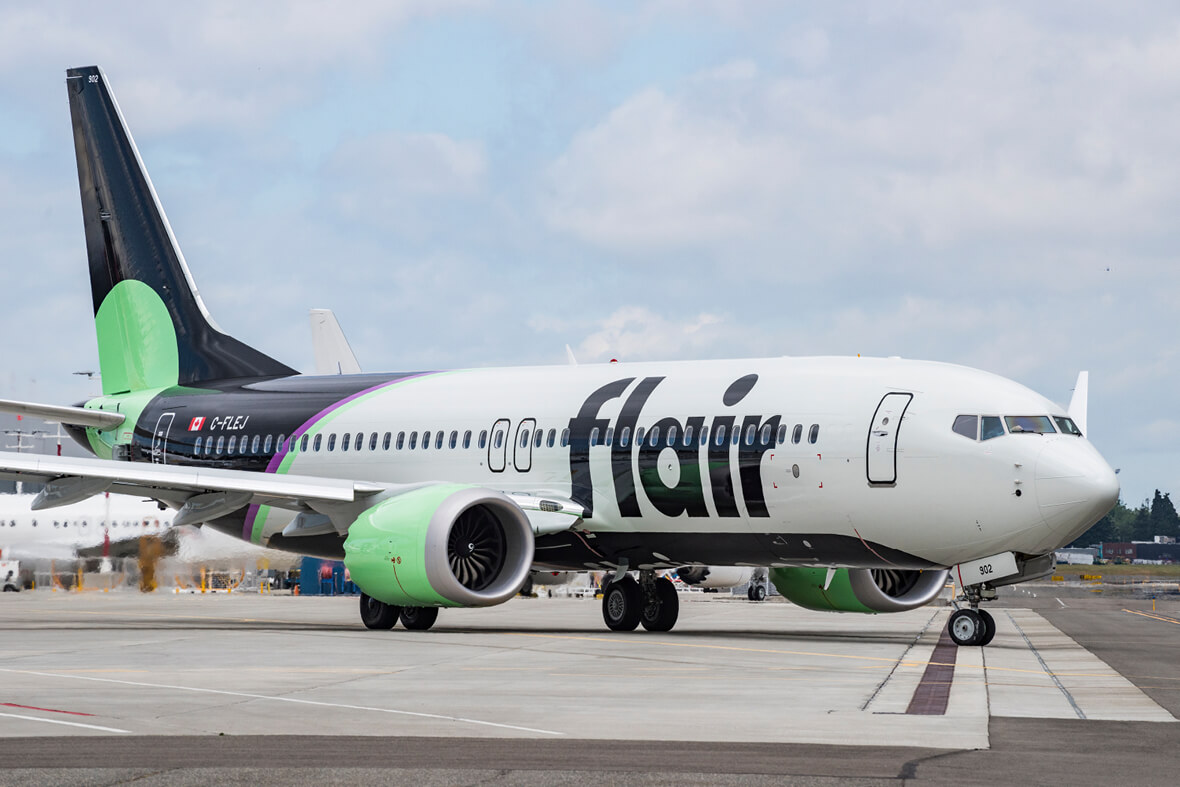 There was certainly no round of applause for Garth Lund, chief commercial officer at Flair, when he called upon airports interested in attracting the Canadian start-up carrier to consider volume-based charging incentives. A risk-share approach to establishing new service is not very common, but Lund will not be put off.
“It’s something we have to bring up,” he told delegates at his airline briefing session at World Routes in Milan in October. “We are trying to bring the concept to Canada… In return for delivering growth and passenger volumes we want to see volume incentives.” It could, he believes, be a classic “win-win”, giving Flair the low airport charges it is seeking and helping to maximise revenue for the airport.
Flair, which describes itself as an ultra-low-cost carrier, has volume-based fee structures with a couple of Canadian airports already and is hoping more will follow as it expands its network. Lund’s plea to airports is clear. “Where we see low airport fees it is something that really stimulates us,” he said. Flair is aiming for a cost structure that, excluding fuel, will see a CASM (cost per available seat mile) of less than 6 cents (US).
The carrier began service in 2017 with three Boeing 737s operating domestically in Canada. Its model is to fly with relatively low frequencies across a large network, aiming to stimulate price-sensitive customers to fly, Lund explained.
The fleet will grow to 11 737s, three 737-800NGs and eight 737-8 Maxs by year-end; the master plan stipulates that 10 aircraft will arrive annually over five years, taking the total fleet to 50. “We are looking for places to deploy that capacity,” said Lund. Flair will begin service to classic US sun destinations, such as Fort Lauderdale and Orlando, from Canada this year and has an eye on destinations in the Caribbean and Mexico for 2022 and beyond.
The airline’s operational team is based in Edmonton while the commercial team is based in Vancouver. It is owned by a group of private Canadian shareholders while another major shareholder is 777 Partners, an aircraft lessor that is also supplying some of Flair’s B737s.