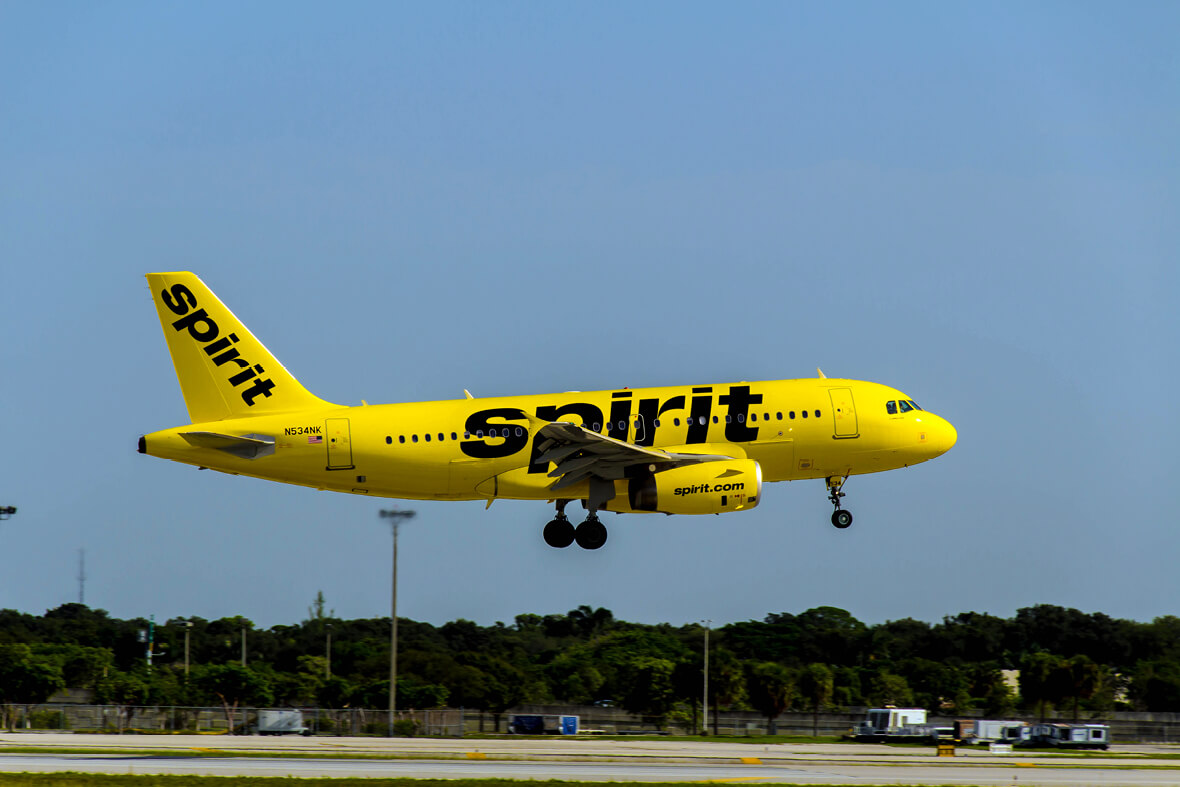 It is not every day that the chance comes along to establish a big operation at a major US hub. But that is exactly what Spirit Airlines got recently, when a change in the way some gates can be used at Miami International Airport (MIA) gave the maverick US low-fare carrier the opportunity to move in for the first time.
Until this point, while Miami had from time to time appeared on Spirit’s radar, there was an assumption that as an ultra low-cost carrier, Spirit would shy away from MIA with its generally higher costs. In addition, with Spirit based at nearby Fort Lauderdale International Airport this meant a move to MIA was thought unlikely to be on the cards.
However, in June that all changed, with Spirit announcing that MIA would become its third south Florida gateway, after Fort Lauderdale and West Palm Beach. And this was not a tentative exercise with one or two destinations to test the water: Spirit has piled in with over 30 routes to domestic and international points, propelling it to become the second-largest carrier at MIA.
According to Ralph Cutié, MIA director and chief executive, speaking on 6 October as Spirit launched its first batch of nine routes: “We are immensely grateful for Spirit’s decision to not only expand to MIA but with a sizeable presence of service to 31 cities. With more than 200 weekly flights by January, Spirit will instantly become one of our busiest passenger airlines, giving our travellers even more options for flying to and from Miami-Dade County.”
The move is the largest single expansion in Spirit’s history beating the addition of launching ten new routes in the first three months from Austin’s Bergstrom International Airport in February 2019.
“To me, real estate is the true currency of aviation. Getting hold of gates and ticket counters is the important thing because you can’t grow if you don’t have the facilities,” said John Kirby, vice-president of planning at Spirit. And if there is one thing that Kirby has constantly done throughout his career at US Airways, AirTran, Southwest and Alaska, it is to grow air to service.
“I noticed that JetBlue, Southwest and Frontier were expanding at Miami,” explained Kirby. “Airlines that didn’t serve MIA were going there. So I rang my contact there and asked him if we could come down and see what opportunities there were. We found that MIA had shifted from a variable cost model to a preferential one.”
It was a move prompted by the drawdown in service from dominant Miami hub carrier American Airlines caused by the traffic collapse during the pandemic. In several US airports, including MIA, gates are operated under a variable cost model, which means the cost to the airline for a gate is the same per flight whether it operates one flight a day or 10 flights. This does not suit Spirit’s low-cost model, whose principle is that the more frequencies it operates from a gate the lower the gate cost becomes.
On average, Spirit has eight to nine departures a day per gate, compared to an industry average of four to six departures. “By flying more than the average departures per gate we can usually have a CPE (cost per enplanement) lower than the average CPE at an airport,” said Kirby.
The variable cost model for gate usage is relatively rare in the US nowadays as it prevents airports from bringing in new carriers to use valuable real estate if the ‘owning’ airline is not using them. Even before the pandemic, MIA had, at the instigation of airlines, been reviewing whether to switch some gates to preferential use.
“When we found MIA had changed [to preferential] all of a sudden it sounded like there was a chance to get our costs [at MIA] more in line with those at Fort Lauderdale,” said Kirby. “We asked MIA for a full cost profile if we flew at a certain level of departures.” The numbers were beginning to add up and a launch in Miami “all started to make sense”, he said.
“I learned when I joined Spirit that every few years we would look at MIA, but the catalyst was their move to a preferential model,” he added. “Then I needed to understand which gates were available.” In total, Spirit has been able to obtain five gates, one an international gate on Concourse J and four gates in Terminal G for domestic operations. “This gave the opportunity to get critical mass and offer a nice service portfolio,” said Kirby.
Still, the speed and scale of Spirit’s ramp-up in MIA is impressive. Kirby recalls coming back from his visit to MIA and briefing chief executive Ted Christie on the opportunity to enter MIA in a big way. The idea raised eyebrows initially, but the management team saw the chance to make a big impact in this strong Florida market.
After starting with nine destinations, Spirit plans to grow to 27 within 40 days. Kirby is full of praise for the Miami team “helping us enormously to move quickly” to get the MIA operation up and running.
How has the launch gone? “It is early of course, and we have to see the performance of the services, but the early signs are that we have every reason to be confident.” Spirit’s success in Fort Lauderdale and its strong brand in the region, leads it to suspect its Miami operation will follow suit – and that this is only the start of a growth story in another Florida market for the carrier.