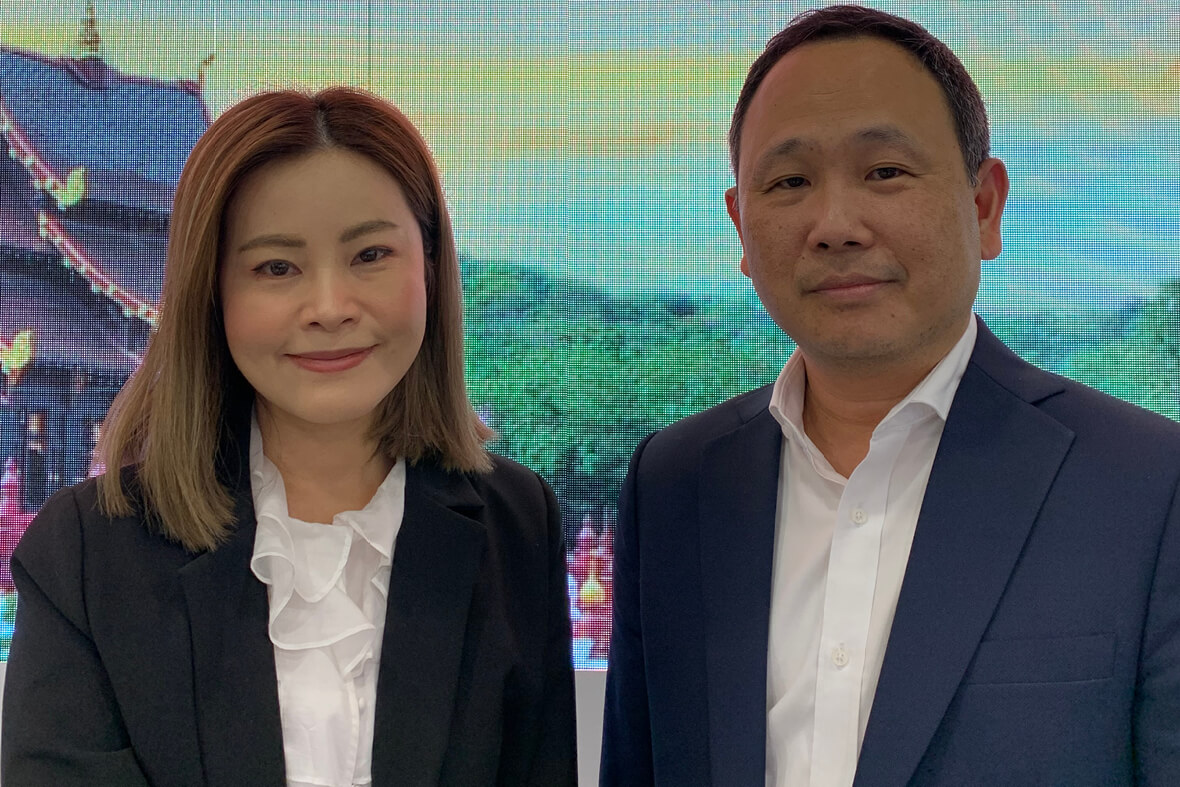 Airports of Thailand (AOT) is pushing hard to accelerate a sluggish return to traffic normality at the country’s airports, with its presence in Las Vegas and the hosting of Routes Asia next year prime examples of its marketing drive.
The promotion is seen as critical for Thailand, where traffic has only recovered to a modest 35% of 2019 levels because of the region’s slower removal of travel restrictions compared to other parts of the world. However, “We are predicting 66% for next year and full return within the next two years,” said AOT Vice-President Stienpol Stienswasdi.
AOT runs the six major airports in Thailand, including Bangkok’s Suvarnabhumi International, Phuket, Chiang Mai, and the capital’s former main gateway Don Mueang. Just prior to Routes, the country’s government announced it was speeding up airport development to cope with an expected surge in passenger demand and to help promote Thailand as an attractive tourist destination.
At Suvarnabhumi a new satellite building is to be constructed and 28 more parking bays (adding to the existing 51 bays) will be added, with some able to accommodate the Airbus A380. The aim is to increase the airport’s capacity by 15 million people, said Paweena Jariyathitipong, AOT’s Executive Vice-President of Business Development and Marketing.
Overall, there are three terminal expansion projects in the works at Suvarnabhumi, which will boost capacity at the airport from 45 million to 120 million passengers annually. It is also hoped that the third runway at Suvarnabhumi will be completed by the end of next year.
Expansion is not limited to Bangkok: AOT is also aiming to open three of its regional airports to international travel.
Whilst it is hoped infrastructure development will expand the airport footprint, route development is front of mind at AOT as well. “We are hoping that all airlines will resume their frequency of flights,” said Jariyathitipong. So far, most have already returned – albeit with reduced schedules.
AOT is “eagerly targeting new services, especially non-stop routes, with a special focus on marketing to attract new passengers,” said Jariyathitipong. It has a range of incentives for new customers, including a 95% discount on landing and parking fees for the first year and a 75% discount in the second year. “We are continuing doing research to identify what other incentives we can introduce,” she added.
In terms of market recovery, AOT’s Indian and European markets have shown a strong return. However, it is still awaiting the reopening of the Chinese market, which represents about 30% of its overall traffic base. To generate extra revenue, AOT is also growing its cargo services, looking to increase off-peak cargo timings, with the priority to fill night-time and early morning slots.
In 2023, AOT will host Routes Asia, which will take place in Chiang Mai from 14-16 February.