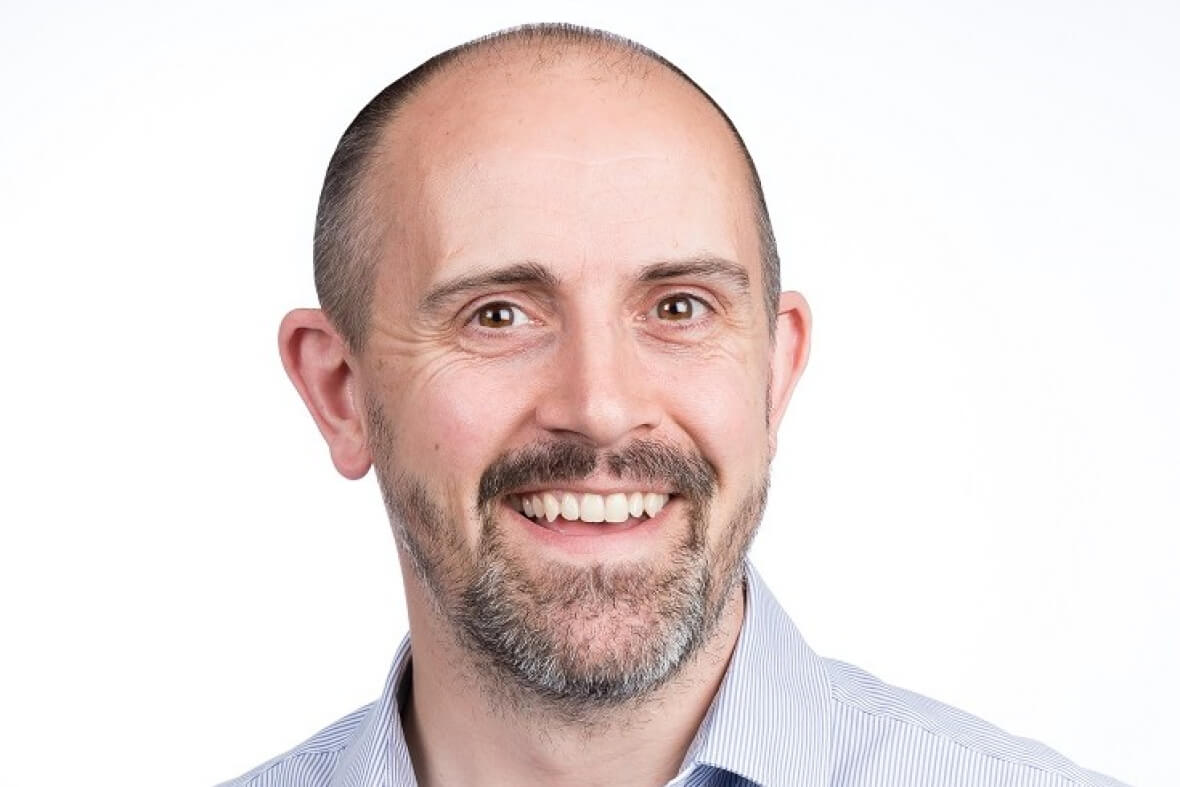 From state-sponsored tourism and travel investment with Saudi Arabia to the fore, to the rise of low-cost carriers, and the restoration of air transport networks in the post-Covid environment, the Middle East aviation market has an exciting decade ahead, explains Mark Clarkson, associate partner at global consultancy MIDAS Aviation.

The world of aviation has changed like never before in recent years with the global impact of Covid-19 still being felt, the additional ‘black swan’ event of the ongoing conflict in Ukraine, sky-rocketing global oil prices and economic instability. Like all regions, the Middle East is no stranger to these influences and is arguably the most significantly impacted.
In terms of seat capacity, the Middle East has grown substantially this century. From 2% of the world’s capacity in 2000, the Middle East reached 5% at the global peak in 2019 and now is forecast to generate around 7% of capacity in 2022 as the skies continue to re-open, and previously significant regional flows are re-established. The region has also consistently grown at a faster rate than the global average (aside from 2017-2019) and is now rebounding faster post Covid-19.
But much has changed in this time; the past two decades have seen the rise of low-cost carriers (LCC), the evolution of aircraft technology and the impact on route economics and previous restrictions, the merging of airline operating models, and shifting airline relationships. These are to name only a few of the issues that have shaped and will continue to shape the global air network. The Middle East is no different in this regard, although perhaps there are more structural and geographical factors that will impact the region in the years to come.
Regional flows
The Middle East market has often been generalised as one that is focussed on services to/from other regions, with point-to-point traffic but also connecting those regions with each other (6th freedom traffic). Whilst that is undoubtedly part of the puzzle, it is not necessarily representative of the overall regional picture. Although the share of capacity on routes to/from/between other regions is forecast to be 46% of the total for 2022 (having declined slowly over the last decade), services within the Middle East region remain by far the dominant share of the overall market.
Of the seat capacity within the region, Saudi Arabia is the dominant market. It is forecast to account for 41% of the market in 2022 – over 40 million departing seats, with Iran the next largest.
Of the top five markets, it is also the fastest growing by some distance – average growth of 8% over the 2010-2019 period. The majority of the Saudi Arabia-originating volume is domestic capacity – forecast to be around 30 million seats (75% of the total capacity) in 2022. This provides a position of significant strength over the country’s regional competitors and is a bedrock of capacity and network depth that is unrivalled and impossible to match. By way of comparison, the United Arab Emirates, which has been a focus of international growth, has been declining as a market within the Middle East since 2016.

Airline expansion
At the beginning of the last decade, Saudia was the largest carrier in the region. However, Emirates has grown faster over the following years to become the clear leader in terms of capacity. The picture for 2022 is looking a little less clear. Whilst we would expect Emirates to return decisively to the number 1 position, the dynamics are changing. Emirates’ overall share of the market has dropped since 2019 – and of the carriers that have increased market share, it is noteworthy that these tend to be the low-cost carriers, along with Turkish Airlines, operating services to/from the region. Indeed, of the largest carriers, flydubai and Jeddah-based flyadeal are the two whose capacity levels already exceed those of 2019. Turkish Airlines will also get there shortly.

The emergence of LCCs
Collectively, low-cost carrier capacity grew faster than any of the larger, network carriers serving the region during the 2010-2019 period. LCC capacity grew at an average rate of 17% per annum, compared to 5% for mainline carriers, and for 2022 is already forecast to surpass 2019 volumes. As with other regions, the mix of airline model is changing, and changing fast.
However, the blurring of the lines between what it means to be a LCC or a network and regional carrier is as true in the Middle East as it is elsewhere. For many reasons it would be hard to look at the two largest carriers, flydubai and Riyadh-based Flynas, and consider them to be LCCs. Both operate with a business- or premium-class product on board, along with associated services, and have a variety of airline partnership agreements to extend their routes and network reach.
This is not exactly true to the foundation of traditional LCCs, but it is very much reflective of how airline models are changing and merging. In the case of flydubai, the relationship with Emirates allows the larger carrier to gain access and feed to/from markets that are too small for its widebody-only fleet, as well as to compete more effectively with (amongst others) Turkish Airlines. Flydubai is owned by the UAE government.
There is also very limited overlap in terms of destinations served, which demonstrates the complementarity of the two carriers. We would expect to see the partnership continue to develop with Emirates focussing on building back the larger markets post-Covid recovery, and flydubai increasing frequency on existing shorter haul routes as well as launching new destinations.
Air Arabia has also been growing aggressively and now has five active subsidiaries or joint ventures going beyond the Middle East into Africa and Central/South Asia. Conversely, Wizz Air has expanded into the region with the establishment of Wizz Air Abu Dhabi, and it has aggressive growth plans.
In an interesting side note, giant European LCC Ryanair now sneaks into the top 10 LCCs serving the region with its services to Israel and Jordan. The LCC competitive landscape in the Middle East is surely set to intensify in the coming years.

Turkish growth
A good illustration of how Turkish Airlines has stepped up in competitive terms is seen in its African network, which has grown dramatically over the last decade. This is a market that has been targeted aggressively by all the Gulf’s big three – Emirates, Etihad and Qatar Airways.
A decade ago, Turkish Airlines operated to 13 African destinations on a non-stop basis. In 2019, this had increased to 38 and now in 2022 is forecast to include 40 destinations; Emirates has 20. Over half of Turkish Airlines’ seat capacity is operated by narrowbody aircraft.
In addition to its natural growth of point-to-point traffic, Turkish Airlines has also secured a significant market share of Africa–Europe connecting traffic, which is an important source of business for Emirates and other carriers. As of 2019, Turkish Airlines had become the leader in terms of market share of Africa–Europe connecting traffic.

Saudi Arabia’s vision
Saudi Arabia’s market is set for startling growth in the coming decade with huge investment in the Kingdom’s travel industry planned. As part of Saudi Vision 2030, the strategic plan to reduce the country’s dependency on oil, there are incredibly bold plans to create air passenger demand to boost domestic and international connectivity.
In terms of air passengers, the target is to triple throughput to 330 million in 2030 (100 million of which will be foreign visitors). This would require growth of at least 14% per annum and in terms of volume growth, China is the only market to have been able to achieve this (with a population base of 1.3 billion to 1.4 billion people compared with Saudi Arabia’s 35 million). Naturally, these markets are very different, so comparisons are limited.
One main challenge is the rapid development of infrastructure. To support the 2030 vision, NEOM, “the world’s most ambitious tourism project”, is underway and already is gaining serious momentum as foundations are put in place for an incredible array of attractions as well as a new airport and at least one new global airline.
Alongside these plans, Saudi Arabia is planning to spend US$1 trillion over this decade to promote and develop itself as a leisure destination. And more recently still, the minister of tourism stated in an interview that there is a study underway to create an incentive programme to encourage airlines to set up new direct flights to Saudi Arabia. Although no figures were shared, given the ambitions of Saudi Vision 2030, it is safe to say the incentives will be significant, and many carriers will be enticed to commence new services on this basis.
However, Saudi Arabia is not alone. Other countries in the region also have their own vision and plans for growth and diversification away from economic reliance on the oil sector – Abu Dhabi Economic Vision 2030 is one such example, although in terms of overall scale, Saudi Arabia’s plans are significantly larger.

Shorter term obstacles
Of the non-regional markets that have service to the Middle East, there remains a notable reduction in capacity. China has the largest capacity deficit compared to 2019, which is no surprise considering the stringent Covid-19 restrictions that remain in place there. There is still little clarity on how or when the situation will change with any degree of significance.
In addition, although the conditions have eased more markedly, Thailand and the UK are the next two markets in terms of capacity deficit to 2019. However, we would expect this capacity to continue to return faster than China over the coming months.
Russia has long been an important market for the UAE – but the ongoing conflict has not impacted capacity too severely; if anything, it has been strengthened given the sanctions elsewhere.

What next?
Given the size and scale of the Saudi ambition, it is hard to see past it in terms of how it may shape the Middle East market in the years to come. The underlying growth rate is already very strong, underpinned by the domestic market; however, allied to the vision to grow internationally, it could become much more significant.
The continuing evolution of airline operating models, the establishment of new carriers and the morphing of LCCs, will shape growth in the Middle East in the short term. However, it is also worth noting that the number of active Middle Eastern carriers is currently the lowest it has been for over a decade. With the growth in capacity, the operating carriers are carrying on average over 50% more traffic than in 2010. So despite the growth, there are fewer carriers – and therefore there may be more consolidation to come in the short term.
Airline relationships and partnerships will continue to be redefined as the traditional structures are challenged and circumvented. All these factors will go on shaping the development of the region’s aviation market; however, they will be largely evolutionary in terms of their overall impact on air capacity.
Irrespective of the capability of Saudi Arabia to generate 330 million passengers or 100 million foreign visitors over this decade, the ‘giga’ scale of ambition is very clear and so Saudi Arabia could be set to redefine the Middle East aviation market.