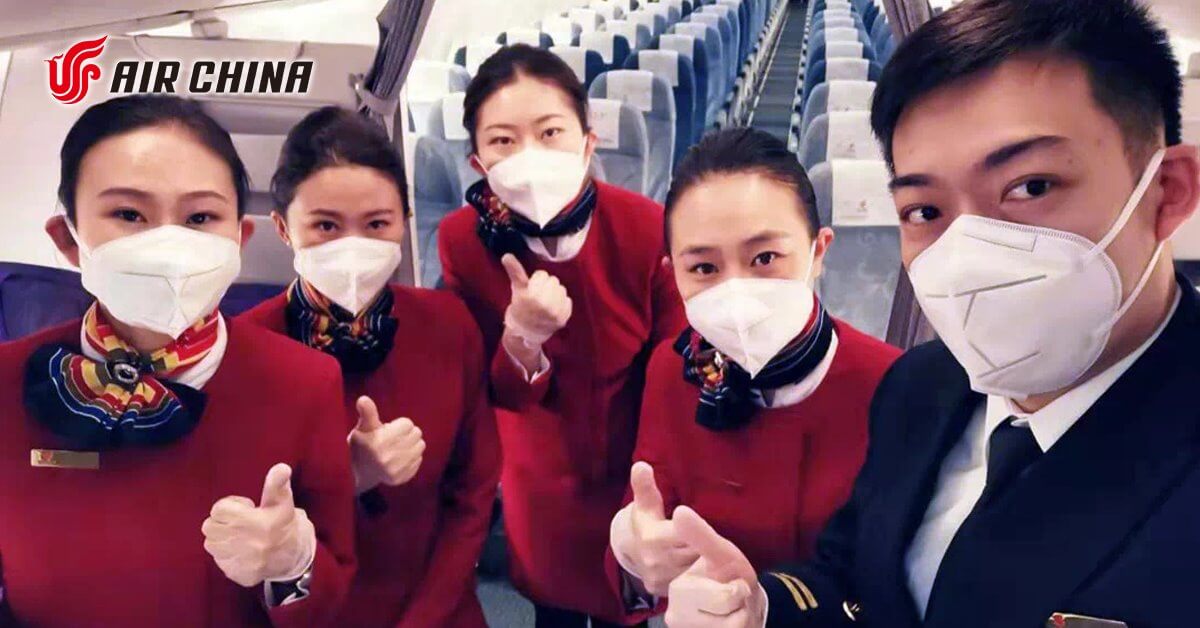 The coronavirus (COVID-19) is wreaking havoc on Chinese airlines – and there are major repercussions for the entire Asian aviation market, writes David Smith

The impact of the coronavirus means that Chinese carriers will inevitably face a tough six months. Within a few weeks of the first case, China plunged from its position as the world’s third-biggest aviation market to the 16th-largest. And China’s crisis is having a ripple effect, especially on countries like Japan, Thailand, Vietnam and Korea, where airlines depend on Chinese tourists.

“The next six months, at least, will be dismal and the question is whether or not the recovery will be fast enough for profits to return in 2020,” says Brendan Sobie, former chief analyst of CAPA (Centre for Aviation) and the founder of the consultancy Sobie Aviation, in Singapore.

“We saw after the SARS virus outbreak in 2002-3 that it took months for confidence to return to markets. We could see faster growth by the end of 2020, but there are so many unknown factors. If the virus has a big impact on airlines in North America and Europe, and national governments introduce similar policies to China, the effect on the entire global market will be severe.”

Sobie says the crisis has struck the Chinese sector at a particularly vulnerable time. Despite record profits across the global aviation industry, the profits of Asian airlines have been slim for some time. According to China Air Transportation data, China’s aviation sector racked up losses of 21.9 billion yuan (US$3.23 billion) between 2017 and 2019. Back in December, IATA predicted a modest 2.2 per cent net margin on US$6 billion profits in 2020, but those figures will have to be steeply downgraded and big losses are likely.

Even before the coronavirus forced airlines to cancel flights, there was a large profit gap between China’s operators and their competitors in Europe and North America.

“Asia is a story of rapid growth, but also of intense competition, which has impacted profits,” says Sobie. “We haven’t seen the consolidation and rationalisation of the market that has happened in Europe and North America.

“In Europe, especially, we’ve seen lots of buy-outs and mergers, whereas in Asia old airlines have pursued rapid expansion and new airlines have launched. When that happens, you have downward pressure on yields and profitability.”

China’s international market is dominated by outbound traffic. In 2019, flights in and out of China exceeded 160 million passengers – including Hong Kong and Macau – and the market recorded double-digit growth.

To some extent, during the crisis period, the large domestic market could continue to prop up the Chinese airlines. Last year, there were 586 million domestic passengers and most of these internal flights are likely to continue operating, depending on how the virus spreads to other parts of China. In the early stages, the Chinese government focused on virtually cutting off the virus-hit state of Wuhan from the rest of the country.

The drastic fall in China’s outbound traffic will send reverberations through airlines and economies everywhere in Asia. IATA was projecting a 2.2% net margin for Asia Pacific airlines overall in 2020, a slight rise on 2019, but this is unlikely now.

For many countries, their gargantuan neighbour has become the largest supplier of tourists and a lynchpin for major airlines. For example, Thailand received 11 million Chinese visitors in 2019, around 28% of the nation’s total number, and Japan attracted 10 million tourists, 30% of its total. This dependency is vastly greater than at the time of the SARS virus in 2003, when there were 450,000 Chinese visitors to Japan.

In addition, the timing of the coronavirus outbreak during the Chinese Lunar New Year could not have been worse for Asian tourism.

This is traditionally the period when hundreds of millions of Chinese people take holidays abroad, or return home to see their families. The China Outbound Tourism Research Institute said that 6.3 million Chinese tourists travelled abroad last year during the period, generating travel revenue of around 513.9 billion yuan (US$73 billion). The Institute had predicted the numbers would rise to 7 million this year.

Officials in Thailand, for example, estimated lost revenue of 50 billion baht (US$1.6 billion) over the 2020 Chinese Lunar New Year.

The special administrative region of Hong Kong has become a favourite destination for the Chinese. China provided 44 million of the city’s 56 million visitors last year. This year had already seen dramatic falls after the city’s riots. Now, the cancellation of flights, trains and Lunar New Year celebrations has landed a near knockout blow. Hong Kong’s flag carrier, Cathay Pacific, has borne the brunt.

“All Asian airlines are affected by the coronavirus, but Cathay is the most badly affected,” says Sobie. “It is 20% exposed in terms of capacity to and from China, and there are also the network impacts when Cathay loses passengers from China who are heading elsewhere. Coming on top of the riots and the resignation of its CEO in August, Cathay has slashed its mainland China capacity by 90% through at least March and cut global capacity by 30%.

“The situation is so desperate the new boss this month asked employees to take weeks of unpaid leave.”

After Cathay, AirAsia has the biggest exposure to China and is also in a fragile state. Even before the virus, AirAsia was wrestling with a decline in profitability which saw financial losses in 2019 at virtually all nine of its airlines and a corruption scandal which forced its two top executives to step down temporarily. Other major airlines with a lot of Chinese traffic (at least 5% of their total volumes) are Asiana, Korean Air and Singapore Airlines groups – the latter including SilkAir and Scoot.

One country in Asia that is potentially more protected from the fallout is India, the second-largest aviation market in the region. Sobie says India is somewhat shielded because there are so few flights to and from China.

“It’s surprising how few flights there are between Asia’s two largest economies. There have been attempts to increase economic ties, but they’ve not taken off yet. Having said that, there are lots of concerns about going to South East Asian countries right now and that will impact the Indian market,” he remarks.

Indian airlines have been struggling for profitability despite experiencing five years of double-digit growth in air passenger traffic from 2014 to 2018, although the growth slowed to 3.74% in 2019, according to ratings agency ICRA. In 2020, ICRA has predicted “muted domestic capacity growth” of 3%. The agency says two budget carriers – Indigo and Go Air – need to resolve engine issues and a third one, SpiceJet, is awaiting clearance for the B737 Max aircraft.
A lot of the Indian airlines are focusing on expanding their international routes. The main lever to increase traffic is the proposed development of 100 greenfield airports by 2024, which was announced in February this year.

The plans have led analysts to predict massive expansion of international routes, especially between India and the busy destinations in the Gulf. (Dubai and Abu Dhabi are the major transit points for Indians on their way to Europe and the US.)

The Indian Government has also attempted to boost overseas investment by announcing that investments by international sovereign funds in India’s infrastructure will be exempt from taxes.

“India has traditionally been an unprofitable market, but when Jet Airways collapsed in April last year, it started performing a bit better. Other airlines, such as IndiGo, which carries around one in every two passengers domestically, benefited,” Sobie says.
Wider impact

The effects of the coronavirus on airlines outside Asia are harder to predict. Undoubtedly, China’s aviation market and economy are both vastly larger and more interconnected than during the SARS outbreak in 2002-2003. In 2019, 750 million passengers either flew in and out of China, or internally, accounting for 16 per cent of the global total of 4.6 billion passengers, according to IATA. A majority of international airlines have ceased flying to China and the few that remain have reduced services to 20% or less.

Sobie expects the health crisis to have a much bigger global impact than the SARS virus, partly because the Chinese economy has quadrupled in size. He says it will severely dent IATA’s “optimistic” December prediction for 2020 of net profits of US$29.3 billion.

“There are far more cases and deaths than with SARS and China’s market is now bigger, but I still expect the impact to be much less in Europe, North America, and South America,” he says. “Whereas airlines in several Asian countries have between 10% and 20% exposure to China, in North America it’s much closer to 2%. It will hit profits, but the gap in profitability with their Chinese counterparts is likely to widen.”

Back in China, the long term, once the virus is tamed, will be “bright”, Sobie believes. Leading airframer Boeing predicts that the Chinese aviation market will become the world’s largest by 2028. Expansions include eight new airports by 2023 in cities such as Dalian, Chengdu, and Xiamen. China is also set to build nine new runways at existing airports such as Shanghai and Shenzhen by 2030.

“Aviation faces periodic crises when unexpected external events see major short-term setbacks, but they’re part of the DNA of the industry and it always bounces back stronger than before,” Sobie says.