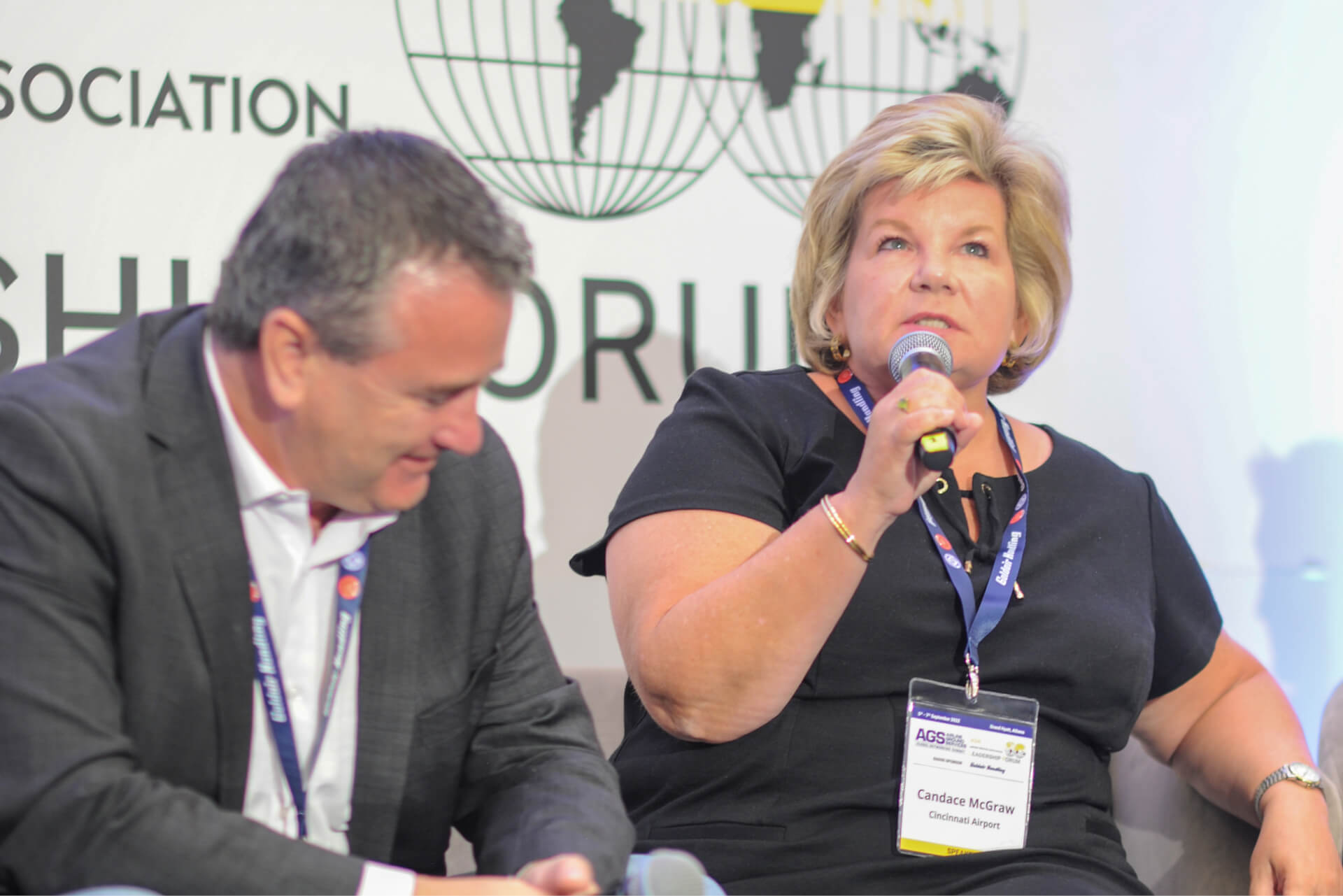 “I have never seen anything like it in my 12 years [as chief executive],” Candace McGraw, who runs Cincinnati International Airport, told delegates at the ASA Leadership Forum. She was speaking on a panel titled: Brain & muscle drain. How can we turn ground handling attractive again?
Panellists sought to explain why the sector is suffering from a haemorrhage of workers and how it could tackle tough working conditions, low pay and a lack of skills recognition as the industry seeks to hire thousands of urgently needed employees. Janet Wallace, senior director cargo transformation at Air Canada, said the carrier is struggling to recruit. “We are far from where we want to be,” she said.
Many operators have not only shed large numbers of staff; veterans and their experience were a major loss too. Then the challenge turns to training. “The time to become competent is a real challenge,” said Wallace.
Nick Careen, senior vice-president operations, safety and security at IATA, was typically blunt in his assessment, with airlines at the root of the problem. “We went through a massive amount of outsourcing and then we were racing to the bottom,” he said. Despite ground services being one of the least expensive of airlines’ major cost areas, carriers drove costs down and a blame culture on delays can be common.
Staff attrition rates at some airline handlers are high, as much as 75% in some cases, and Careen’s view is that “it is going to be a tough grind for the next year or so before we catch up.
“When coffee shops are paying more per hour than handlers, and when you are hired as a handler your gift is a midnight shift… That is going to have to change,” said Careen.
Competing on wages alone will not be enough, said McGraw. Her airport hiked pay by 15%, which stabilised attrition, but made less impact on hiring new recruits. Areas like providing good transport to a remote airport site and 24/7 childcare are important considerations and ones Cincinnati and local stakeholders are investigating.