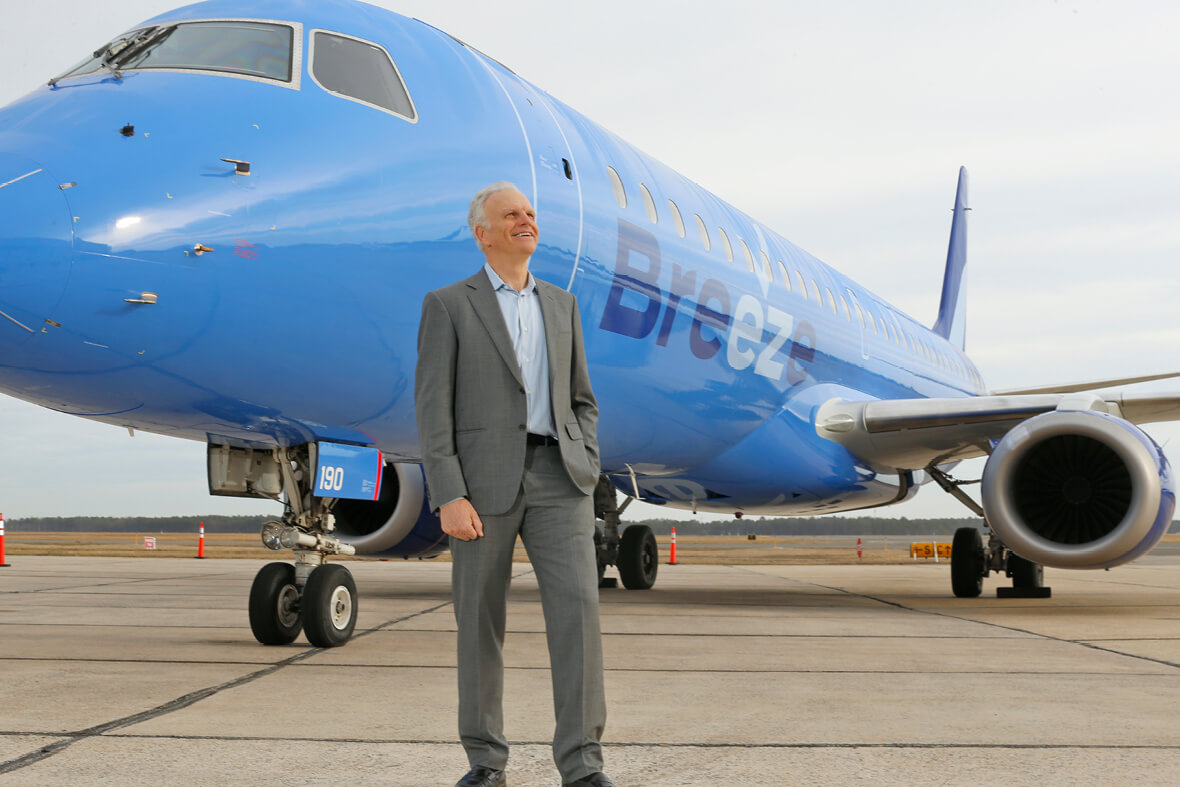 The US airline recovery is uneven, as ultra low-cost carriers attack to gain market share, and is touching airlines and airports differently as chaos in planning and staffing has disrupted millions of passengers during the summer travel season.

North American airlines pivoted during summer 2021 some more successfully than others from observing a trickle of passenger flying earlier in the year to planning to accommodate the flood of pent-up passengers emerging once pandemic conditions were eased in the US during April and May.

There was an expectation among leading airlines that passenger traffic would return in a gradual fashion during the summer and fall, and possibly reach 2019 levels by the end of 2021. They were mistaken.

The May-June spike in travel caught many airlines and suppliers unprepared, and airlines, including American and Southwest, were forced to undertake a schedule retrenchment and cancel several hundred flights each when their operations – and US supplier infrastructure – could not hire back fast enough to meet demand.

Southwest in mid-summer had an estimated 700 pilots in a training backlog, while American said in late June it was cancelling more than 900 flights from late June into July due to a shortage of crew, maintenance and supplier staff, including such vital cogs as catering and ground support.

US carriers had endured a year of being battered by a demolition of their route networks and shrinking employee rosters. More than one quarter of American’s customer service agents took voluntary leaves or buyouts and hiring back was slower than expected. Delta said it was hiring 1,300 new workers in late June, however by late July the airline said the number of airport staff, call center teams and other employee groups now amounted to a need for 5,000.

There was mostly a leisure passenger surge when demand returned starting in May and June, with business travellers still staying home and corporations cautious about sending employees on the road too quickly. The threat of Covid-19’s Delta variant disrupting travel during the remainder of 2021 is a very real possibility, say industry analysts.

“I collectively give the (US) airline industry a B+ grade,” says longtime travel analyst and Atmosphere Research Group President Henry Harteveldt. “There has been a phased re-opening while we’ve had mask mandates. It’s truly been unprecedented.”

Harteveldt gives top marks to United and low marks to Southwest and American Airlines. “Some airlines did a better job than others – United and Delta did well, and American’s and Southwest’s problems have been well publicized.”

He notes JetBlue, Alaska Airlines, Spirit and Frontier have performed well during the recovery, though he criticized Delta for changing catering suppliers at its Atlanta and Detroit hubs in the middle of summer. “No airline should change a major supplier at the start of the summer travel season,” he says.

Operational readiness waned. “Not all airlines did their due diligence to ensure their operation would run well,” Harteveldt notes.

Like hotel and rental car companies, many aviation vendors struggled to re-hire workers to meet a surge in travel. Vendor issues disrupted thousands of summer flights across the US, from reservations software problems, lack of catering availability, lack of baggage handlers and gate agents. Car rental supplies dwindled and prompted reports of $1,000-per-day rates, travellers renting moving vans during vacation and signaling another travel segment unprepared for families on the move.

During the recovery, a bright spot for the future of North America competition: two new airlines launched in the US. Avelo Airlines began service on 28 April in the West and Breeze Airways launched on 27 May in the East. This added a layer of uncertainty to how airlines were planning until both carriers began with flights on routes where there was virtually no competition.
All normal airline planning processes were tossed out of the window and new routes were brought back one week and stopped a few weeks later. “Internally it’s been chaos every day for us,” said one airline planner in June, on condition of anonymity.

As the US market quickly re-opened domestically, Canada was more cautious. Pressure to allow some trans-border flights culminated in Canada finally opened on the 9 August.

The chaos eases
Predicting where travellers might fly during the pandemic was a little bit like throwing darts on a board. Typically, airlines plan new routes and schedules six- to 24-months in advance. “Recently that dropped to just 6-8 weeks in advance of a flight’s departure,” notes Kevin Schorr, Vice-President of Washington DC-based aviation consultancy Campbell-Hill Aviation Group. “A reduction in the decision timeframe has been difficult for every airline,” he says.

“It’s easy to criticize moves in this recovery, but I’d say that every airline has handled this unprecedented situation to the best of their abilities,” Schorr believes.

Now, while fall schedules are being adjusted, US airlines finally are considering the winter schedules, four- to six-months away, Schorr says, noting that summer 2022 is still too far away to plan. Campbell-Hill sought to bridge the information gap and scheduled 101 airline-airport webinars during the pandemic to help both sides share data and help both sides plan for recovery.

JetBlue-American alliance grows
A new acronym popped up in 2021 to join aviation’s expansive lexicon: Northeast Alliance (NEA). American Airlines surprised many observers by joining with JetBlue Airways to link schedules in the Northeast US. The teaming gives AA a ‘just-add-water’ instant boost to its domestic and international network, focused on lucrative New York and Boston metropolitan areas.

JetBlue gains not only access to new passengers inside the world’s largest airline – AA is five times larger than JetBlue in passengers carried as of 2019 – but also gains insight into international markets just as JetBlue launches its first transatlantic flights from New York to London.

“JetBlue’s new low-fare flying – along with the broader growth made possible with American through the benefits of the NEA – is well-timed for us to best meet the needs of more travellers in the Northeast and introduce more competition with new flying,” says Dave Fintzen, vice-president, Northeast Alliance, JetBlue.

The NEA was enlarged in July to include 700 American and JetBlue flights from New York and Boston alone, making it the largest alliance to 47 international cities around the world. The two carriers are adding lie-flat beds on 11 East-West transcontinental markets, a decade after JetBlue disrupted the transcontinental market with beds and private cabins in its Mint Airbus A321 flights.

“I don’t think anyone had Spirit’s Miami announcement on their airline pandemic recovery bingo card,” Harteveldt says.
The chart shows 12 new international and Caribbean destinations for Spirit at Miami, and 28 of 30 markets added are served by American.

“It doesn’t look like Spirit is scheduling for connectivity in Miami,” Campbell-Hill’s Schorr says after reviewing the arrival and departure times of the flights. Fort Lauderdale’s structure is different, he says. MIA changed its rate structure prompting renewed interest in the airport, Schorr adds.

The announcements marked “one of our largest international expansions ever,” said Daniel Shurz, Frontier’s Senior Vice-President Commercial when debuting their Orlando expansion. “When we look to add new routes to the system, including new destinations, we look for a couple of things. We look for markets that don’t have enough service, markets where there is demand and no nonstop service, and we look for situations where fares are very high.”

Campbell-Hill’s Schorr notes that Frontier’s major expansion “is incredibly encouraging”, and cited Southwest’s move to add airports like Chicago O’Hare, Miami and Houston Intercontinental – on top of nearby hubs in Chicago Midway, Fort Lauderdale and Houston Hobby – as indicators that airlines are throwing out traditional expansion playbooks.

AA builds mini hub in Austin
American Airlines is one of several carriers adding capacity into the Texas capitol. While other airlines added point to point flights, American and its partners in Autumn 2021 will grow to nearly 100 daily flights from Austin, which is widely regarded as one of the hottest business markets in the US.

New service also will be fed by passengers from partners Alaska Airlines, British Airways and JetBlue. Austin had never received nonstop flights to either Costa Rica or San Juan.

American’s Austin additions not far from its Dallas-Fort Worth hub is similar to Spirit’s two-regions Fort Lauderdale-Miami expansion, says Campbell-Hill’s Schorr. “DFW is focused on connectivity while Austin flights are focused on the local market. Both airports will work,” he says.

After a spring-loaded growth to 39 routes by July, the airline scaled back on 13 routes in late July. Its first flights use single-class 108-seat E190s and 118-seat E195s, while Breeze will take delivery of 60 new two-class Airbus A220-300s starting from October 2021, continuing one per month for five years.

Neeleman revealed to ARGS that the 120- to 150-passenger A220s will focus on long-haul flying, with a range of 4,300 nautical miles, or enough range to fly Orlando-Seattle or even Miami-Sao Paulo, Brazil, where his most recent airline, Azul, is based.

“While the Embraer routes are under two hours, the A220s will fly five- to seven-hour routes,” he says. “While we won’t share city pairs until closer to launch, it will certainly include coast to coast flying and eventually international also.”

While leisure travellers took to the skies en masse, business travellers are concerned about being caught outside their country if there is another lockdown or deep restriction in travel. Bellwether tech giant Apple, for example, postponed the return of all employees to its headquarters office.

“Travel managers are almost working on an hour-by-hour basis because of so much uncertainty,” Harteveldt says. “This will be a very different type of business travel recovery.

Meanwhile, airlines are climbing all over each other to grab returning leisure passengers. Frontier and Spirit have made large early moves before the pandemic is over. The CEOs of both airlines said separately at Routes Americas in April that both carriers will double in size during the next five years.