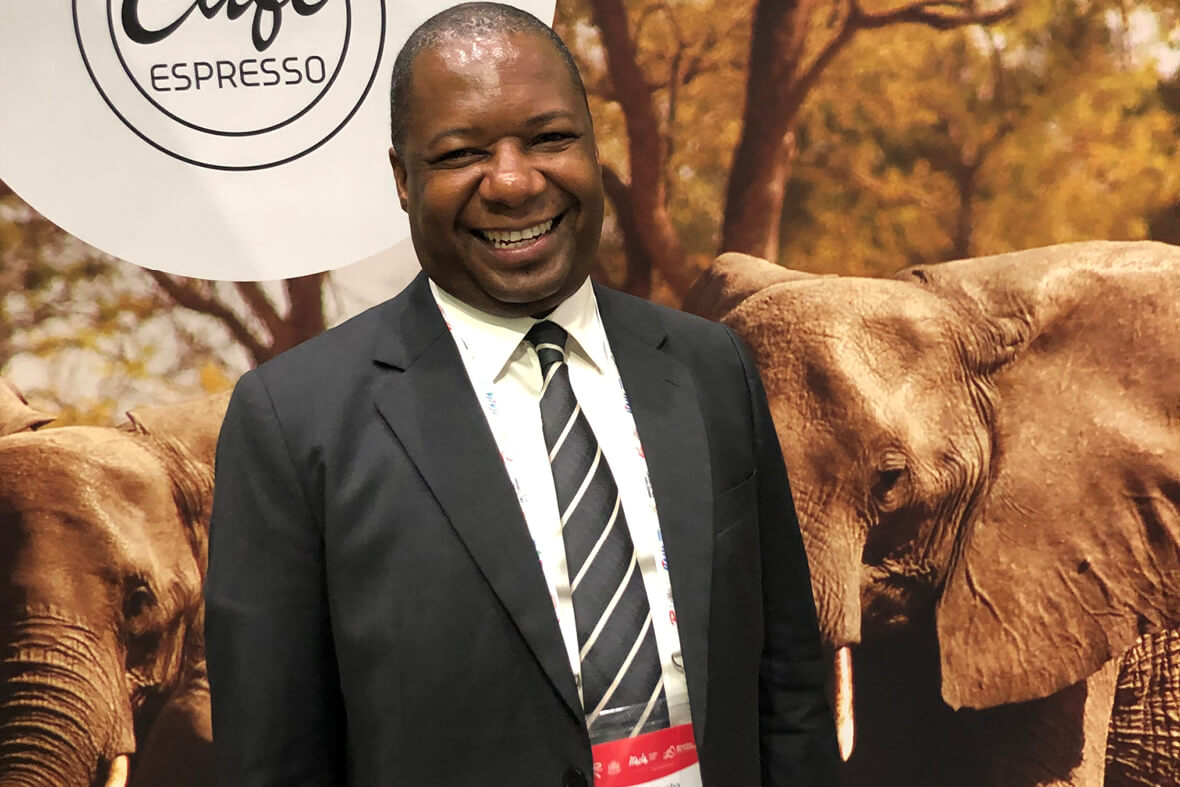 Victoria Falls is one of the destinations that is going to benefit from the launch of German tourism carrier Eurowings Discover. In March 2022 the newly launched carrier will be the first long-haul airline to serve the region in western Zimbabwe – which is home to one of the world’s most spectacular waterfalls, located on the Zambezi River.
Speaking to ARGS at World Routes, Tawanda Gusha, chief executive of The Airports Company of Zimbabwe (ACZ), said that the target is to make Victoria Falls a tourism hub. The airport has been upgraded to enable long-haul flights and there has been substantial investment in hotels and properties in the region. “There are a lot of camps coming up, high-end accommodation properties located right in the bush where visitors can be close to nature,” he said.
ACZ was created in 2020 when the government separated the Civil Aviation Authority (CAA) of Zimbabwe into two entities as part of civil aviation reforms. “The idea is in line with international best practice to separate regulators from the operating company,” said Gusha, who became ACZ’s inaugural head.
The pandemic of course caused a total shutdown of Zimbabwe’s airports in 2020, with only Ethiopian Airlines continuing to operate up to September that year. The recovery has been slow, but ACZ was at Routes to drum up business with an eye on further European service and Asian connections, although the latter will take longer to achieve.
Gusha is hopeful traffic will be back to pre-Covid-19 levels at its main hub in capital Harare by mid- to late 2022. ACZ managed to attract Qatar Airways to Harare in August this year, with the Doha-based carrier beginning Boeing 787 service three times a week, he said.
The Eurowings Discover Airbus A330 service, meanwhile, will route from Frankfurt to Windhoek to Victoria Falls three times a week. Talks with the German carrier’s team began at the last World Routes in Adelaide in 2019, said Gusha. It is one of the first successes of ACZ’s new Air Services Development Program, a collaboration between ACZ and the country’s CAA, guided by the Ministry of Transport and Infrastructural Development.
Another carrier welcomed back has been the newly revived South African Airways, which started daily A320 services from Johannesburg in September. Regional carriers Air Zimbabwe and Fastjet are also serving Harare, while Emirates is working on introducing daily flights to Dubai again (it currently offers six per week), said Gusha.
A new arrival at Victoria Falls is Mack Air, a Botswana-based airline that began offering twice-daily Cessna Caravan flights from the safari town of Kasane in April, making it possible for tourists to sample both destinations in a single day.