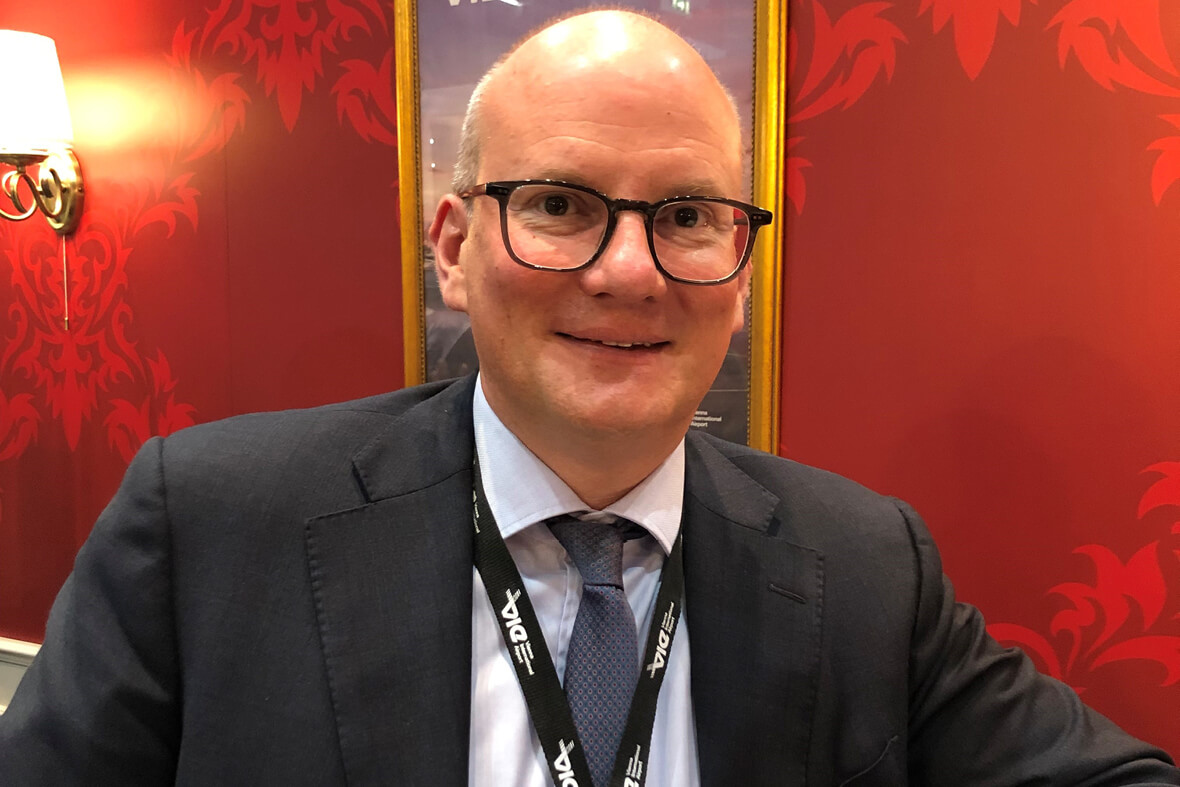 Julian Jäger, joint chief executive and chief commercial officer at Vienna International Airport, is pleased that the support his airport has received from the Austrian Government and sensible business management during the pandemic, means his team will not need to increase charges substantially in the years up to 2026.
Vienna is not alone among European airports able to peg charges to its airline customers, but its fee structure is in stark contrast to some bringing in double-digit rises that have received heavy criticism from IATA (the International Air Transport Association). According to Jäger, Vienna will increase charges by 1.5% in 2022. Anyhow, the regulatory environment in Austrian means it cannot raise fees by more than inflation.
A recovery in traffic over the coming years will influence what price rises Vienna does in fact implement, if at all.

Government support
Overall, Vienna has had a “comfortable situation because of significant support from the government” in the form of a short-working scheme where the state paid 80% of staff salaries, explained Jäger. The airport has seen its workforce fall by about 50%. In terms of financial performance, Vienna will manage to have a small positive operating result this year, he said.
In an interview with ARGS at World Routes in Milan, Jäger listed the advantages he sees for Vienna as it works its way back from the pandemic crisis. Firstly, Vienna has a relatively low charges structure for a hub airport. Secondly, it has always had a strong share of traffic transiting to Eastern Europe, with half of its catchment area located to the east. Thirdly, it is an attractive incoming market. “I eagerly await city tourism coming back. Vienna is an excellent place for congresses,” he said.
Like all airport chiefs, Jäger is looking forward to a traffic rebound, which has already started. The pandemic came after Vienna had finished a record year in 2019 with nearly 32 million passengers handled, and this came on the back of strong growth in the previous two years.
After traffic flatlined in 2020, this summer has been reasonable, with throughput at 57% of 2019 levels in July and August, said Jäger. The following months were “not bad”, leading him to believe that “the worst is over”. The return of European traffic this summer has been driven by a pent-up demand for leisure travellers going south to holiday destinations.
This winter the airport has announced that about 90% of the travel destinations offered from Vienna before the pandemic crisis can once again be reached via direct flights. Jäger is cautious about traffic levels this winter as no one quite knows if the virus will flare up, but there are good reasons to be positive for 2022.
“I am very optimistic for North America as soon as markets open up,” said Jäger. “Even now, Austrian Airlines has been doing good business to the US with strong connecting traffic to Eastern Europe,” he added. However, he acknowledges that it will take the Asian market longer to recover as travel restrictions make reopening more difficult on that sector.

Carriers return
Carriers like Air Canada and EVA Airways have resumed at Vienna, while Ethiopian Airlines, which has served the airport for 75 years, never stopped its service throughout the crisis, said Jäger. Air Canada is the only North American carrier serving the airport – but the slower resumption of Asian travel leads Jäger to think there will be a shift of capacity from the Pacific to the Atlantic. “We think there is a good opportunity now to attract North American carriers to Europe and Vienna.”
Although the rebuilding of the former airline base is essential, Vienna has succeeded in bringing in new carriers too. “We managed to get Etihad started in July – it was a complete newcomer. We were a blind spot on their map,” said Jäger. Etihad is now operating between Abu Dhabi and Vienna twice a week with Boeing 787-9s.
Meanwhile, low-cost carriers (LCCs) have taken the opportunity to expand their route networks at Vienna. Wizz Air and Ryanair announced a total of 13 new destinations from their winter schedules. “LCCs want to increase their market share in 2022 – it’s the right time to attack,” observed Jäger.