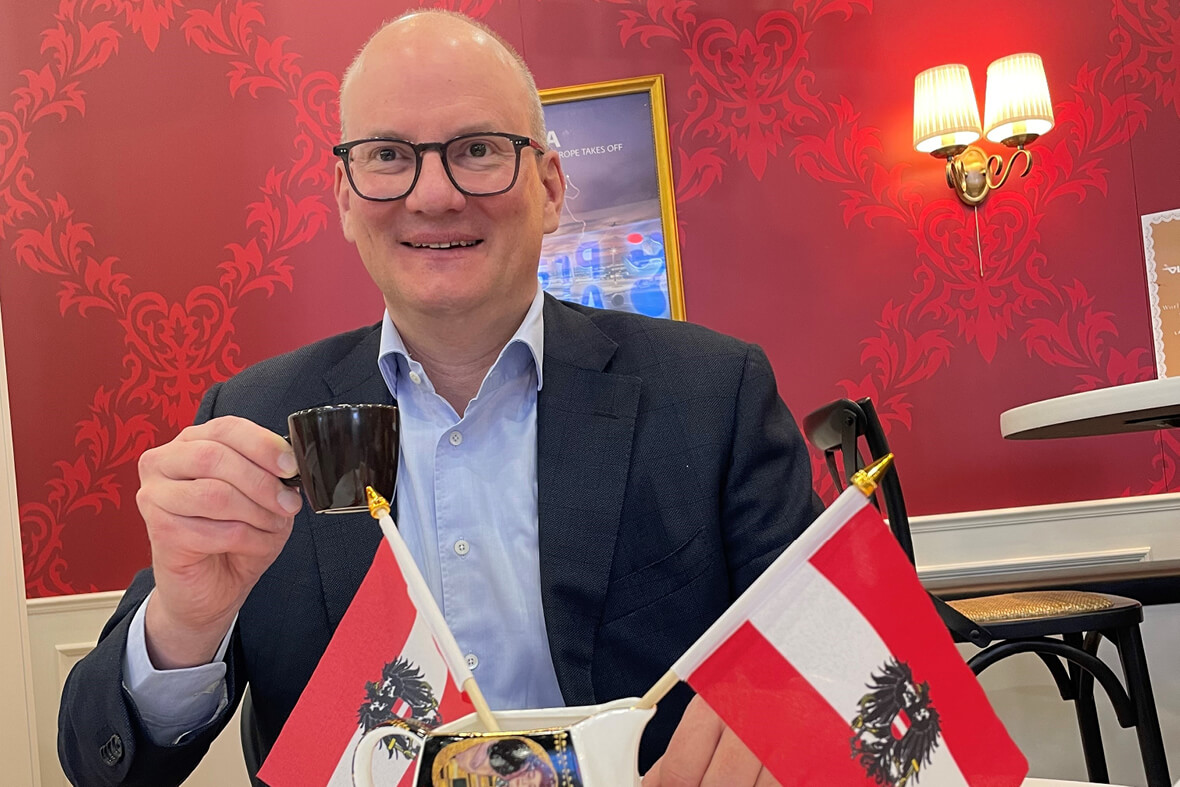 While his airport is one of many that have enjoyed a strong burst of summer traffic, Vienna International Airport’s (VIE) Joint Chief Executive and Chief Operating Officer Julian Jaeger warns that the operational issues faced by the industry over recent months may resurface in 2023 if traffic rebounds to 2019 levels without the appropriate measures in place.
“The industry’s general operational stability this summer concerned me and right now many places in Europe are not geared up for the traffic [levels] of 2019,” he said. “The staff shortage will not go away in the next six months and next summer will be tight as well.”
VIE planned for demand to be at 75% of 2019 levels at the beginning of 2022 with the ability to manage up to 85%, said Jaeger. The airport runs the security operation and has a 90% market share in ramp handling, meaning it “really has an influence on the quality of the airport and operational processes”, he explained.
VIE took advantage of the Austrian government’s scheme to protect jobs but lost 20% of its staffing numbers anyway, said Jaeger. It gave a summer bonus for its security workers to assist with retention; good co-operation with home carrier Austrian Airlines and others to trim capacity and de-peak operations helped keep delays and disruption at VIE to a minimum.
Going forward, VIE is hiring aggressively, and discussing improved pay and better working conditions with its employees, said Jaeger. The industry must also look hard at improving airport operations, with self-bag drop an obvious benefit. “It is a tough one, but many of our ground handling processes have not changed in 30 years. It is very labour intensive, and we must discuss how to make ground handling and security less labour intensive,” he said. “In the end it is about the whole package.”
This summer has seen VIE recover to 90% of its pre-pandemic level. It will handle over 23 million passengers in 2022, up from the 10 million in 2021, but still far from its peak in 2019 of 31.7 million.
The resumption of more Asia routes is a major focus, with Bangkok, Seoul and Taipei all restarted and enjoying strong traffic. Jaeger hopes All Nippon Airways will fly to Tokyo again in 2023, while demand for India is robust and will likely need more capacity next year – but China will take longer to open up.
Austrian Airlines has re-opened all its USA destinations except for Miami and demand has been high across the board in North America.
Closer to home: “In Europe there are not too many white spots left. We are very happy with Europe, although there are several destinations where we need more capacity,” said Jaeger. “Overall, our industry has proven to be resilient. When we met in 2021 [at Routes World in Milan] I would not have expected such a quick recovery.”