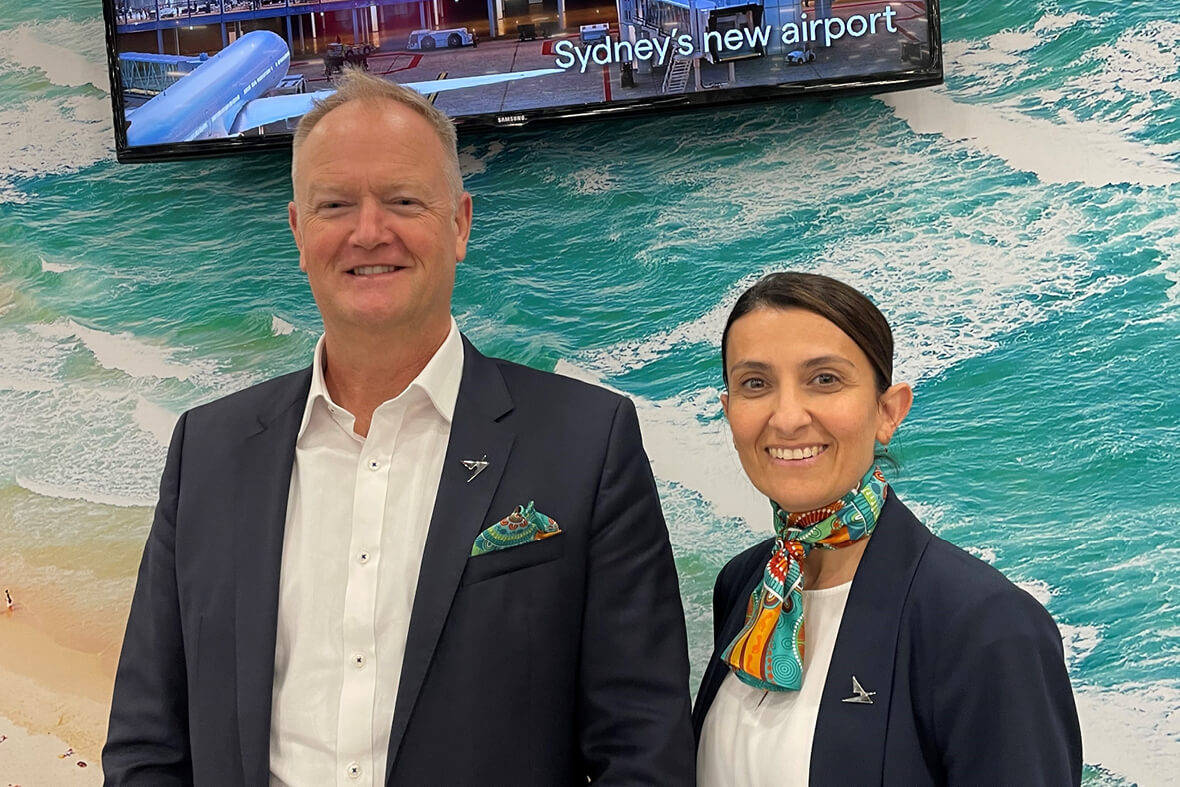 World Routes in Las Vegas was the first marketing mission for the Western Sydney International Airport (WSI) team to a route planning event outside of their homeland of Australia.
Construction of Western Sydney International Airport is underway and the airport is on track to begin operations in 2026. This timing means that “Western Sydney is starting to come into the planning window” in the longerrange network planning of airlines, said Ian Bowring, General Manager Airline Partnerships at WSI.
For this reason, the WSI team of Bowring, Helen De Nuntiis, Marketing and Customer Manager, Stevan Sipka, Executive Manager Airline Partnerships and Matthew Coutts, Airline Partnerships Manager, were in Las Vegas to build awareness of the WSI story.
A new airport in any country is a big deal and especially for cities like Sydney where the current airport is slot constrained. WSI’s website describes the airport as “a transformational infrastructure project that will generate economic activity, provide employment opportunities closer to home for people in the Western Sydney region, and meet Sydney’s growing aviation needs.”
On opening WSI will have a single runway and a capacity of 10 million passengers annually, linked by more than AUD$15 billion (US$9.5 billion) of road and rail infrastructure.
The marketing tagline for WSI is “opportunity meets choice”, said Bowring. As the city’s only 24/7 airport, WSI will finally put Sydney on a level playing field with other major cities around Australia and the world. As Sydney’s new airport, WSI will mean that for the first time, airlines and passengers will have a choice about which airport they want to use, he added.
The airport has signed MOUs with Australia’s two largest airlines, Qantas and Virgin Australia, and is actively engaging with more than 70 airlines globally.