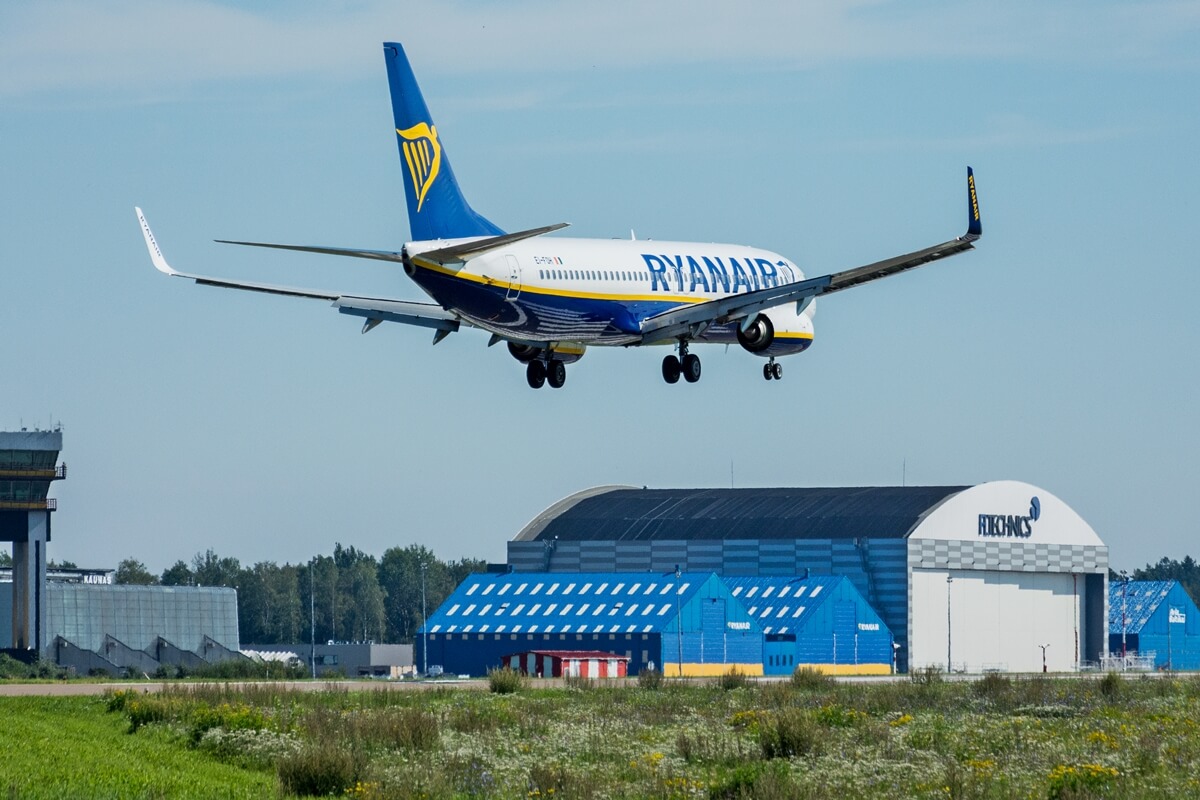 Kaunas Airport aims to have the most developed infrastructure for further expansion of MRO (Maintenance, Repair and Overhaul) facilities in the region. At the moment, the airport is entering the final phase of the expansion project. In the final phase, the airport apron will be expanded, a new 15 000 sq. m taxiway will be constructed, and other necessary infrastructure will be built that is necessary for MRO facilities.

“The main focus of this project is the expansion of our Northern apron by constructing a new taxiway. The new taxiway will be 325 metres in length, using which airplanes will be able to reach the newly planned MRO hangars. In the meantime, the new taxiway will act as a temporary spot for aircraft parking”, – states Karolis Matulaitis, Director of Kaunas Airport.

According to Mr. Matulaitis, more than 70% of the necessary works have already been done, with the last phase of the project set to be complete by June 2020. The total value of the project is 3 471 019 EUR.

With the completion of this project, the airport aims to prepare the necessary land and infrastructure for three new MRO hangars. According to a contract signed last year, one plot of land is dedicated for the construction of an aircraft-painting facility. The project, leased through an auction, will be developed by MAAS Aviation, an Ireland-based company which is the third-largest aircraft-painting provider in the world. MAAS Aviation is responsible for applying aircraft liveries for newly delivered Airbus jets in its facilities in Germany and the USA. The company also provides aircraft-painting services for aircraft lease and other aircraft providers in its hangars in the Netherlands and the US state of Alabama.

After MAAS Aviation starts operations, MRO facilities at Kaunas Airport will collectively be able to service 11 aircraft at one time. The soon-to-open aircraft-painting facility will service aircraft commonly seen at Lithuanian Airports – the Airbus A320 and Boeing 737 family.

“Currently, Kaunas Airport – the largest MRO centre in the Baltic States – houses multiple MRO providers: KAMS (Ryanair), FL Technics, DOT, Aviabaltika, and OS Technics. With the arrival of MAAS Aviation, our positions as an MRO hub will be further strengthened.

“I am profoundly pleased that with the completion of the MAAS Aviation facility, Kaunas Airport will have made a quality step into the future. Kaunas Airport will become a true one-stop-shop MRO hub for airlines, aircraft leasing companies and other aircraft owners. After completing necessary repairs, it will be possible to re-paint the airplanes at the same airport, which will be very convenient. This will, in turn, further strengthen the positions of Kaunas Airport and will attract more customers for MRO providers currently present at the airport. We are not stopping here – we will continuously seek to attract even more MRO providers to set up shop here at our airport” – tells Mr. Matulaitis.