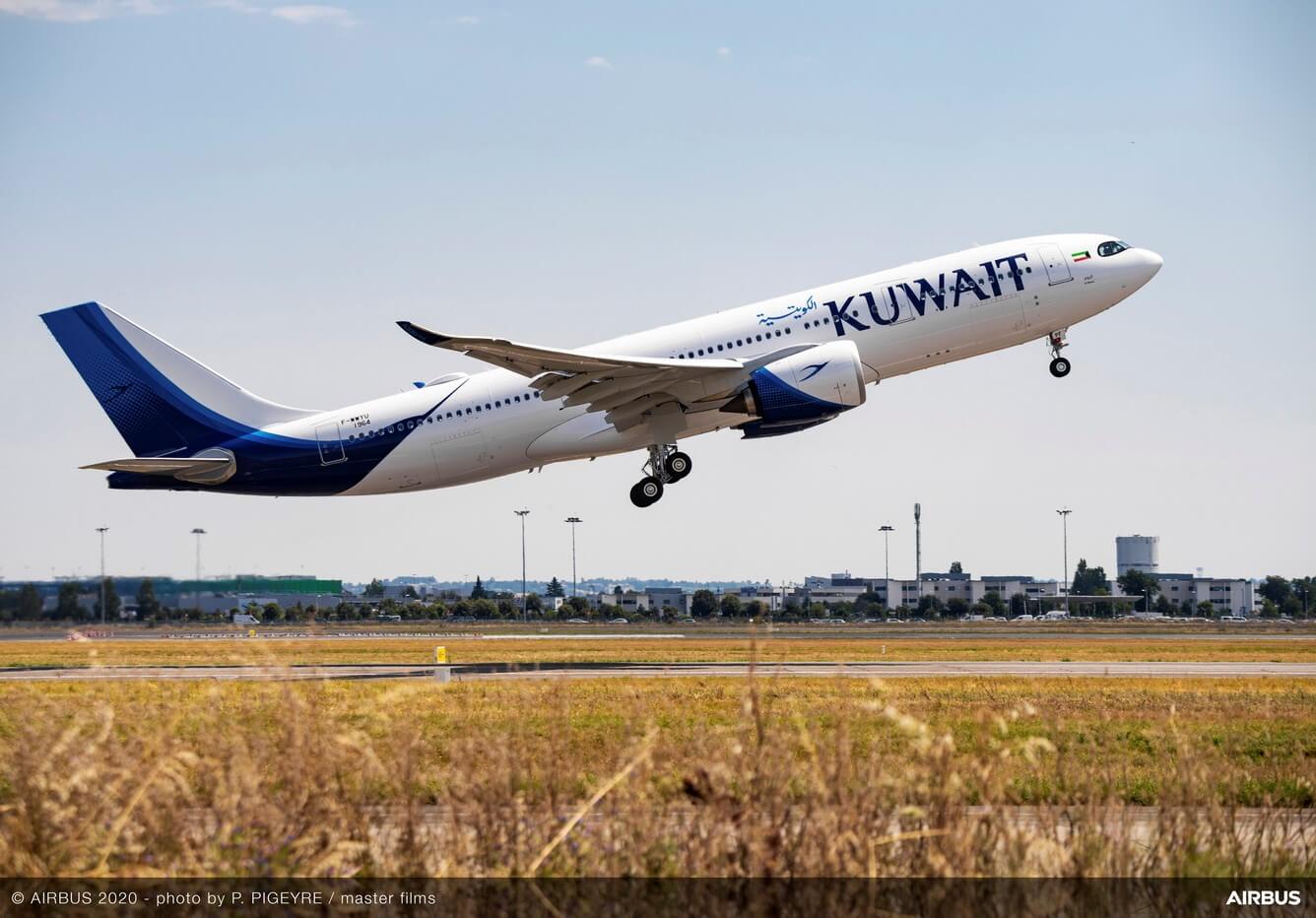 Kuwait Airways, the national airline of Kuwait, has received its first two A330neos. These aircraft are the first of eight A330neos ordered by the airline. The carrier currently operates a fleet of 15 Airbus aircraft comprising seven A320ceos, three A320neos and five A330ceos.

This event also marks Airbus’ first A330-800 delivery. The new generation widebody aircraft is the latest addition to Airbus’ product line, highlighting the company’s strategy to keep offering its airline customers unbeatable economics, increased operational efficiency and superior passenger comfort with proven latest technology platforms. Thanks to its tailored mid-sized capacity and its excellent range versatility, the A330neo is considered the ideal aircraft to operate as part of the post-COVID-19 recovery.

Kuwait Airways Chairman, Captain Ali Mohammad Al-Dukhan stated: “Kuwait Airways takes pride in its continued relationship and cooperation with Airbus for the past four decades.
The delivery of the first two A330neos is yet another significant milestone for Kuwait Airways as we progress towards our goals and implementation of our fleet development strategy,” said Al-Dukhan. “The introduction of the A330neos to our expanding fleet strengthens Kuwait Airways’ position as a prominent airline in both the regional and global aviation sector. As we are continuously reviewing our passenger requirements to provide excellent services, combined with comfort and safety during each flight, the arrival of the A330neos commences a new phase in the services we provide to our passengers on board, in addition to efficient and comfortable air transport services with Kuwait Airways”, added Al-Dukhan.

“The A330neo is the right aircraft for Kuwait Airways in these challenging times. This unique product is spot-on with Kuwait Airways’ ambition to expand its network in the most efficient and versatile way,” said Christian Scherer, Airbus Chief Commercial Officer . “With its Airspace best-in-class cabin comfort the aircraft will quickly become a passengers’ favourite. Thanks to its high level of commonality and cost advantages, the A330neo will easily and efficiently integrate into Kuwait Airways’ current fleet of A320s, A330s and its future fleet of A350s” he added.

The A330neo is a true new-generation aircraft, building on the features of the popular A330 and leveraging technology developed for the A350. Powered by the latest Rolls-Royce Trent 7000 engines, and featuring a new wing with increased span and A350 XWB-inspired Sharklets, the A330neo provides an unprecedented level of efficiency – with 25% lower fuel burn per seat than previous generation competitors. Equipped with the Airspace cabin, the A330neo offers a unique passenger experience with more personal space and the latest generation in-flight entertainment system and connectivity.