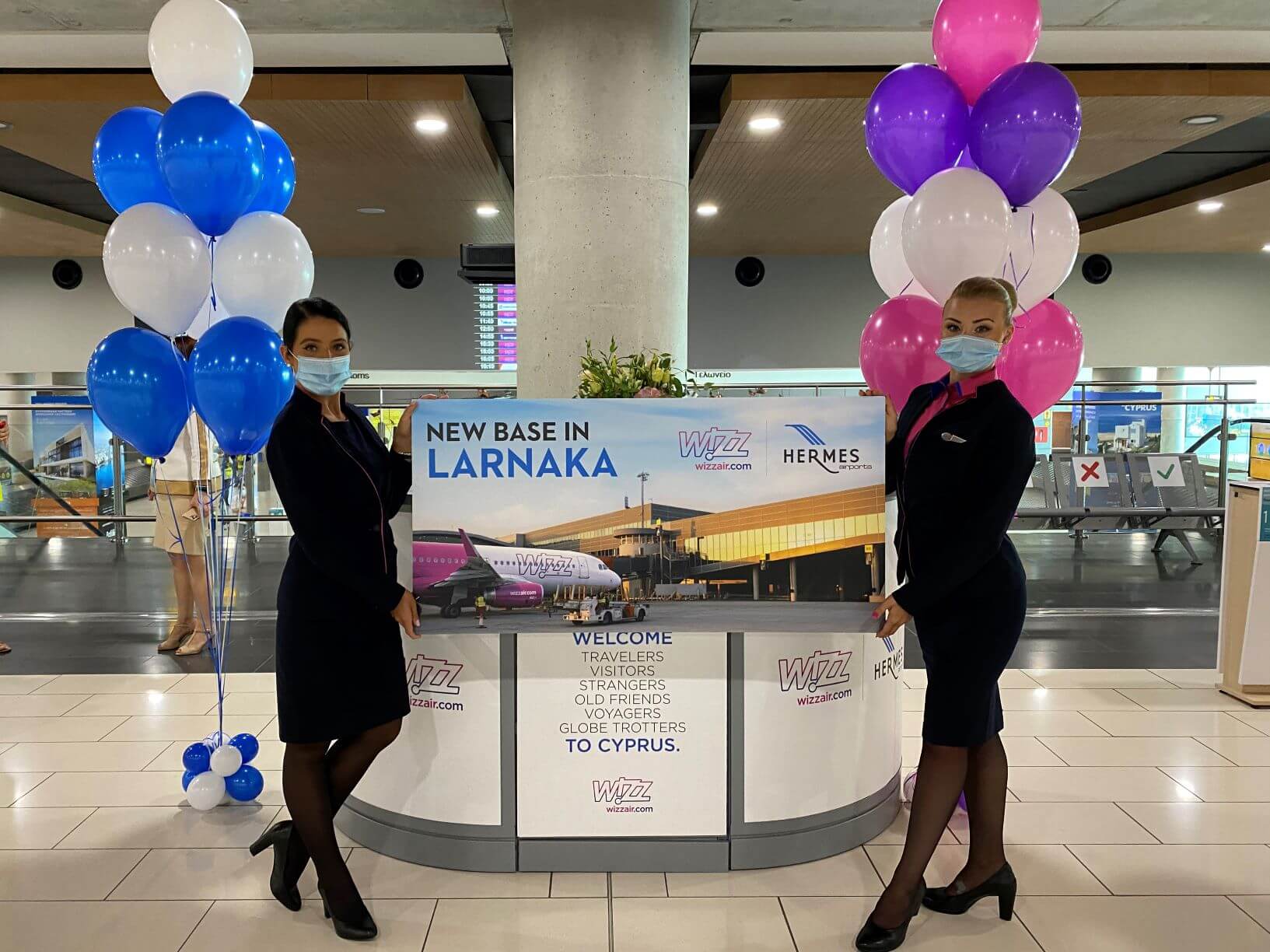 Hermes Airports and Wizz Air inaugurated the base of the airline in Cyprus and welcomed the first two of the three aircraft that will be based at Larnaka Airport. This is a positive development which will further enhance the connectivity of the country with the operation of 36 routes in 20 countries.

The welcoming of the flights at Larnaka Airport was made with consecutive water arch salutations whilst the passengers were greeted received welcoming gifts from Hermes Airports, so that they can take a piece of Cyprus back with them.

Yesterday, the airline operated 20 flights, 10 arrivals and 10 departures, 6 of which were base flights to Athens, Thessaloniki, and Copenhagen (3 arrivals and 3 departures).

The below table includes the base routes from Cyprus

The table below includes the rest of the flight schedule of the airline from Cyprus: