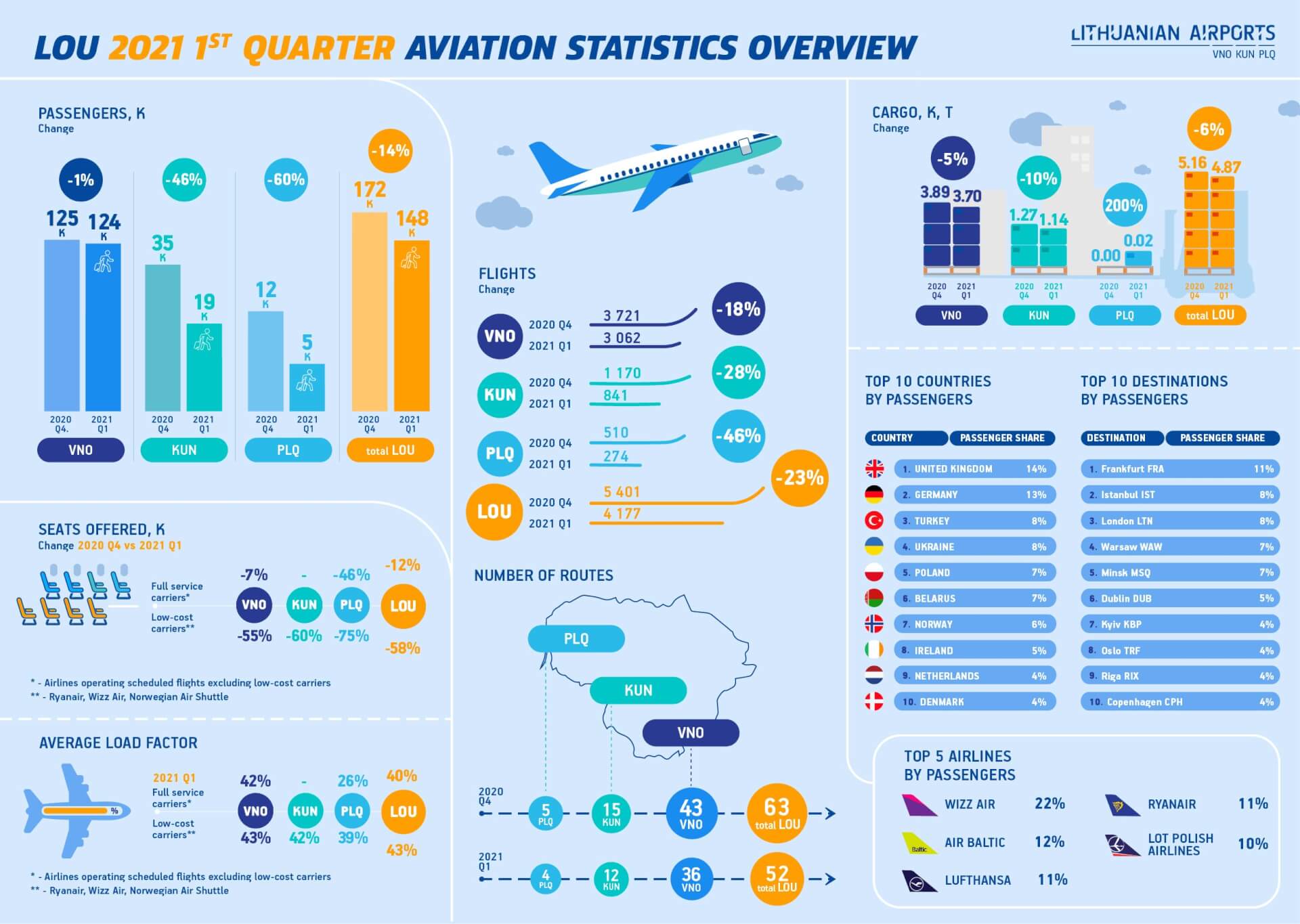 Due to a complicated pandemic situation in the world, during the first quarter of this year, Lithuanian Airports recorded lower flight flows, number of passengers and quantities of cargo transported by air compared to the last quarter of 2020.

According to Aurimas Stikliūnas, Head of Aviation Services at Lithuanian Airports, consistent recovery of the aviation sector and better results are expected to be achieved in the second quarter of this year, which is associated with the beginning of the summer season and accelerating, albeit slowly, global vaccination.

In the first quarter, the number of flights in all airports reached 4.2 thousand – 23% less than in the last quarter last year. In Vilnius alone their number decreased by 18% to 3.1 thousand, in Kaunas – by 28% to 841, in Palanga – by 46% to 274. The main flight directions remained almost unchanged. Most passengers chose flights to the United Kingdom, Germany, Turkey, Ukraine, Poland, Belarus, Norway, Ireland, the Netherlands and Denmark.

“The beginning of this year can be identified as particularly difficult period for aviation because the challenges of the pandemic had not yet been controlled in many countries, vaccination processes have been accelerating slowly. National security requirements for travellers also varied and have been changing at every turn“, said A. Stikliūnas.

According to A. Stikliūnas, people did not stop wanting to travel, interest in travel is growing rapidly.

“This is also shown by our research on travellers and growing actual flight and passenger indicators at the beginning of April. It is important that mass vaccination of people would be successfully carried out in Europe and that countries would gradually impose less strict travel restrictions. These are essential factors for market recovery in the second quarter of this year“, says A. Stikliūnas.

“We all are in a new reality, in which we will live for a long time, and it is hard to say if there will soon come a day when the pandemic will simply go away. Therefore, we need to learn to live following safety requirements, to adapt and move forward”.