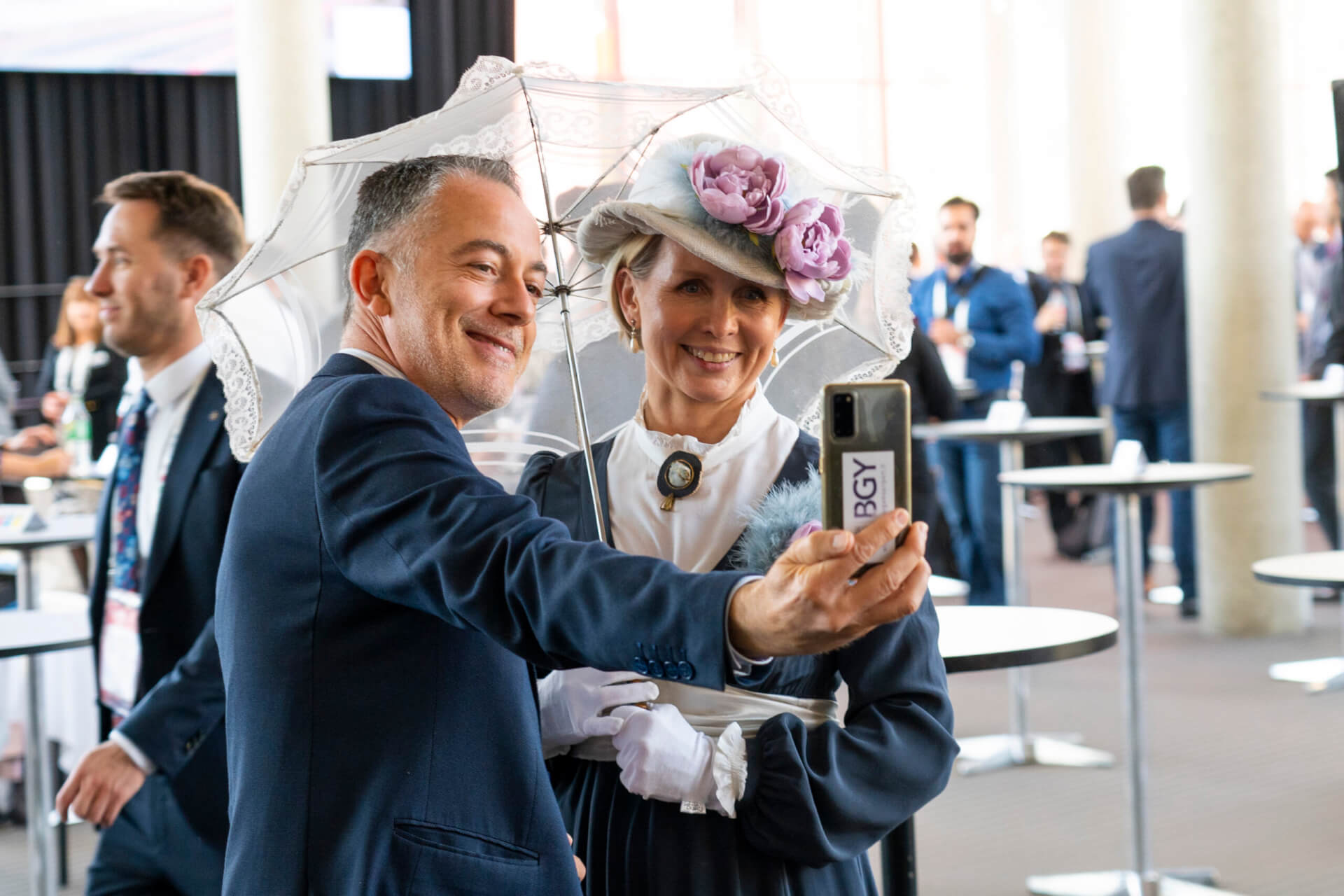 The Lodz team at Routes Europe, including its president Anna Midera, dressed up in traditional costume to celebrate being named as the host of the 2023 event (photo: Routes).

With socks in the colours of Ukraine’s flag, a draw to win a weekend trip to the city, and best of all being announced as the host city for Routes Europe 2023, Lodz Airport was going all out to get noticed at the Routes Europe 2022 event in Bergen, Norway.

Located 90-120 minutes’ drive to the south-west of capital Warsaw, Lodz (pronounced “woodz”) is underserved for a city with a population of 600,000. It is the third-largest city in Poland after Warsaw and Krakow and yet today only counts Ryanair (serving London Stansted and Dublin) as a scheduled airline customer, in addition to a handful of outbound charter services to Bulgaria, Greece and Turkey.

It is airport president Anna Midera’s job to grow Lodz. “We are Europe’s last undiscovered city,” she said. It has a rich history dating back to the 15th Century with a once-thriving textile industry, which is still active today.

“We are becoming a host [for Routes Europe] because we want people to see the real picture of Lodz. Airlines will see there is real potential here, a good market opportunity,” said Midera.

The airport has been on an airline recruitment drive since 2017 and had attracted SkyUp Airlines of Ukraine and Greek carrier Lumiwings with Italian routes, but these have gone for now. “Our aims are London Luton, Paris, Amsterdam, Eindhoven and Stockholm,” said Midera.