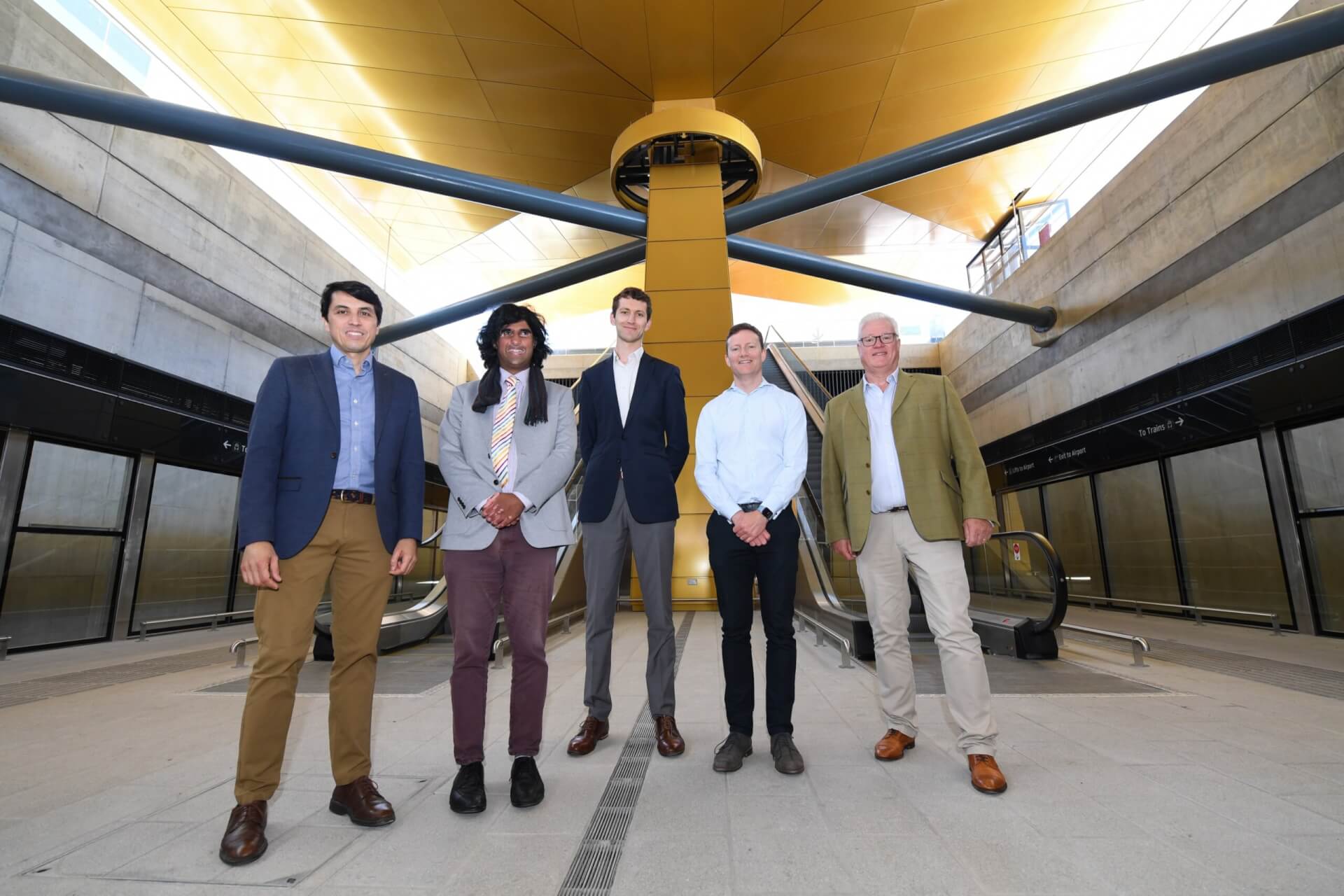 London’s Deputy Mayor for Transport and Deputy Chair of TfL Seb Dance has been learning about London Luton Airport’s work to improve connectivity with the capital.

During a visit to the airport Mr Dance was given a tour of the Luton DART (Direct Air-Rail Transit), an automated people mover that will whisk passengers from the terminal to Luton Airport Parkway railway station in well under four minutes.

The Luton DART, which is due to open later this year, will reduce overall journey times between the airport and 22 stations across Greater London served by Luton Airport Parkway station.

Eight trains an hour serve London St Pancras, with an express service every half-hour taking just 22 minutes. The DART project is being delivered by the airport’s owner Luton Rising.

During the visit, Mr Dance met with the airport’s senior management team to hear about the airport’s recovery following the pandemic, as well as its plans for future sustainable growth.

The tour also provided an opportunity to meet with LLA’s passenger services, security and operations teams and those working at the airport’s Ukrainian humanitarian hub.

Alberto Martin, CEO of LLA, said: “It was a pleasure to welcome London’s Deputy Mayor for Transport to London Luton Airport and have an opportunity to highlight the improved connectivity to the capital.

“When it opens later this year, the DART will transform the passenger experience and create the fastest rail connection to Central London after Heathrow, helping us in our goal to support more sustainable modes of transport.”

Seb Dance, Deputy Mayor of London for Transport, said: “I was pleased to visit Luton and see the new DART, which is a crucial development that is set to deliver vastly improved connectivity to those visiting our city.

“As London recovers from the pandemic, delivering high quality public transport connections is vital to boosting economic growth and encouraging visitors from around the world back to London.”

Graham Olver, CEO of Luton Rising, added: “We are delighted to have had this opportunity to showcase the Luton DART and the benefits it is set to deliver to LLA, its passengers and the surrounding community.

“A sustainable approach is vital to the future success of the aviation industry and the Luton DART will see a significant amount of passenger traffic shifting from road to rail.

“This was an important opportunity to reaffirm our environmental commitments and the role the Luton DART will play in helping to deliver the Luton 2040 Carbon Neutral target.”