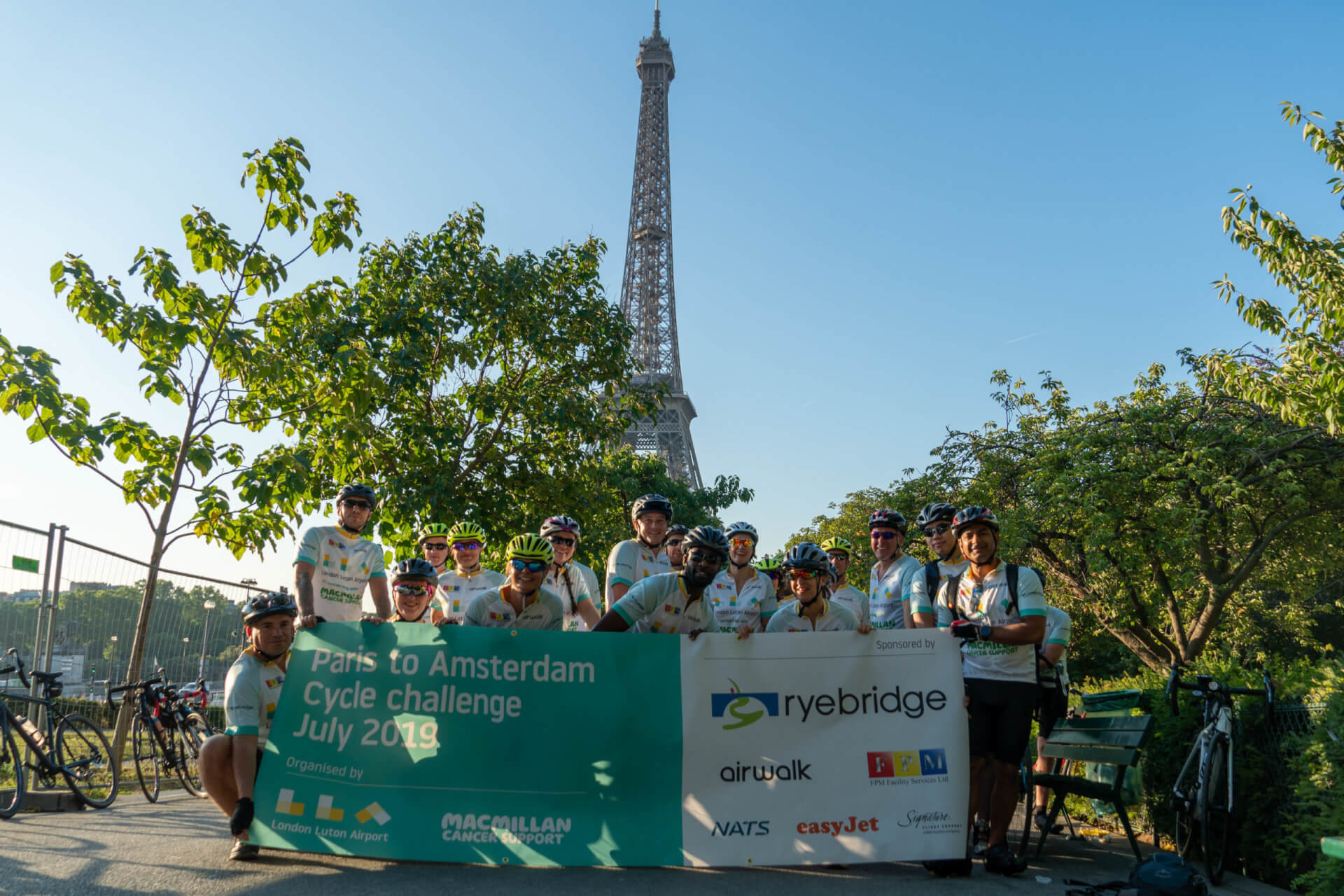 London Luton Airport (LLA) has renewed its partnership with Macmillan Cancer Support for a further 12 months, following a successful two years of fundraising. The airport has so far raised £145,000 for the charity, surpassing the original £80,000 target set out when the partnership began in 2018.

The money has been used to fund 360 Macmillan Grants in the area, helping local families meet the costs that can arise from cancer and its treatment.

Staff from the airport have raised the money in a variety of different ways from cake bakes and collections in the terminal to a Santa Dash, Summer Solstice Runway Run and an epic four day charity bike ride from Paris to Amsterdam.

Commenting on the renewed partnership, Richard Quaife, Corporate Partnership Manager, Macmillan Cancer Support, said: “Without the support from partners like LLA, Macmillan would not be able to reach as many people to reduce the financial burden a cancer diagnosis can cause. So, a big thank you to all the employees and passengers at Luton Airport for your dedication and support over the last two years.”

Also commenting on the renewed partnership, Caron Hooper, community relations executive at London Luton Airport said “We’re delighted to extend our partnership with Macmillan Cancer Support for another year. All our colleagues at the airport have really thrown themselves into raising money for this great cause, and we’re all looking forward to another year of supporting the invaluable work that Macmillan does in the local area.”