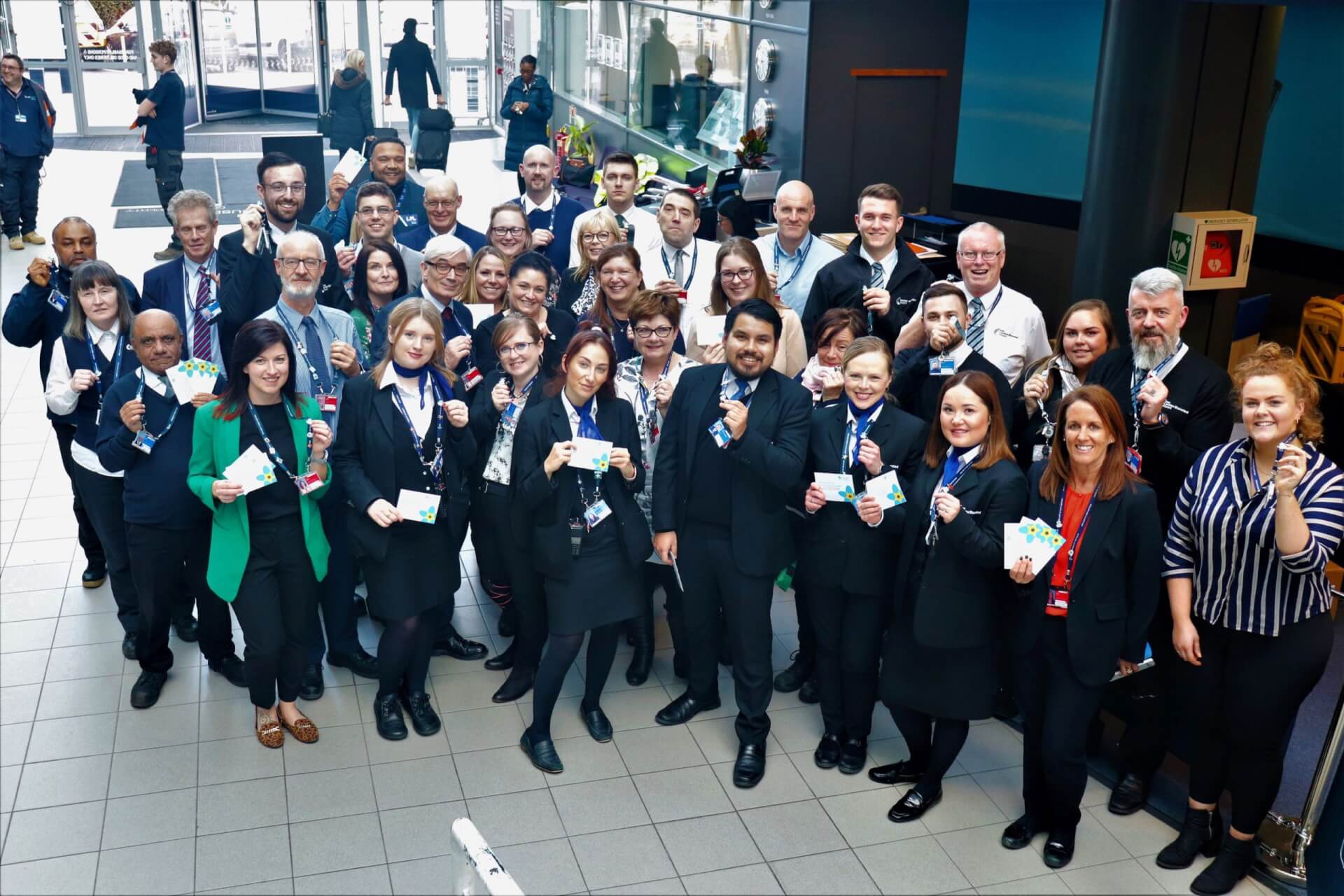 A major milestone has been reached at London Stansted to help staff better support passengers and their families affected by dementia.

More than 1,000 Stansted Airport staff have become Dementia Friends and completed awareness training so they can help passengers with hidden disabilities when the travel through the airport.

The airport is working with the Alzheimer’s Society to train all its staff, from security officers and office workers to firefighters and engineers, to become a dementia-friendly community.

It’s now rolling out the scheme even further and encouraging the 200 on-site businesses to make all 12,000 people who work at the airport dementia aware.

“We’re delighted to reach this major milestone which will help our staff better support passengers and their families affected by dementia and make their journeys as smooth and comfortable as possible. An airport can be particularly stressful for a passenger living with dementia, so we’ve teamed up with the Alzheimer’s Society to make sure that they get the best support possible at every point during the airport journey. Our aim is to train all our staff across all levels and roles and encourage the 200 on-site companies to adopt the training too and work with us towards London Stansted being a dementia-friendly airport.”

“This milestone really shows a united approach at Stansted Airport. We know that busy environments, like airports, can often cause confusion and stress for people living with dementia. By having a better understanding of the condition and making adjustments, big and small, airport colleagues can make this experience much smoother. Alzheimer’s Society’s Dementia Friends initiative is the UK’s biggest programme to change people’s perception of dementia. It aims to transform the way people think, act and talk about the condition. There are now more than 3 million Dementia Friends across the UK and we are delighted that the airport is part of this.”

The training looks at the whole airport environment and how it can present extra challenges to people living with dementia. It’s one of several schemes the airport has in place to make the airport accessible for people with hidden disabilities, including dementia, autism, and disabilities which aren’t obviously visible to others.