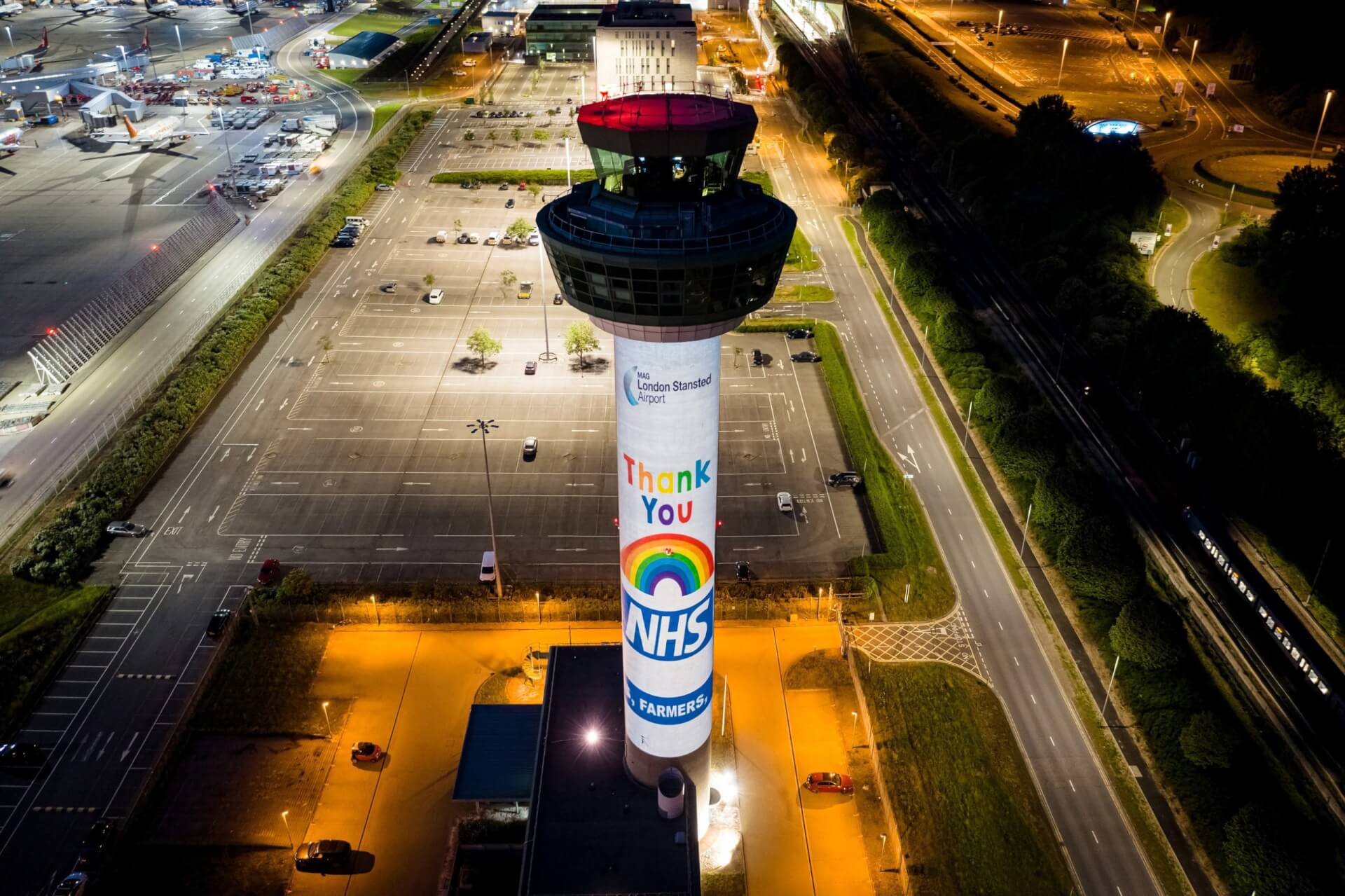 Stunning visuals lit up the 63 metre NATS Air Traffic Control tower at London Stansted last night (May 21) in appreciation to the NHS and key workers.

The giant projection was captured on camera by a drone as the nation took to their doorsteps once again to ‘clap for carers’.

The dazzling images of thanks were displayed on the airport’s tallest building from 8.30pm until just before midnight.

The idea was dreamt up by Matthew Silcock from NATS and Ross Barker from Stansted’s airfield operations team.

“The NHS is something very close to my heart. I thought it would be really nice to illuminate one of the airport’s most iconic buildings with a tribute to the country’s brave NHS workers, carers and key workers to recognise their fantastic efforts and say a big thank you from everyone at Stansted Airport.

“It took a lot of hard work to organise, but it was a great team effort. I’d like to say a huge thank you to NATS Stansted, EMF Technology and photographer Paul Hinwood for making it happen.”

This is the second NHS tribute Ross has organised at the airport. In April he arranged a giant ‘thank you NHS’ to be painted on its main taxiways adjacent to the runway.

“The whole country has come together to recognise the fantastic efforts being made by our brave and brilliant NHS and healthcare workers in the tireless fight against Covid-19. As part of that tribute, colleagues working at the airport join the weekly ‘clap for carers’ applause, but Ross has gone that bit further and created a special thank you message on the airfield and last night on the control tower, which I think you’ll agree looked absolutely incredible. Both were brilliant ideas and a very fitting way for the airport to say an even bigger thank you to all those NHS staff working so hard to protect us all at this time of immense difficulty and challenge for them personally.”

Outdoor projection company, EMF Technology, produced the visual, while local photographer Paul Hinwood captured the moment using a drone which had special permission to fly near the airport by air traffic control.