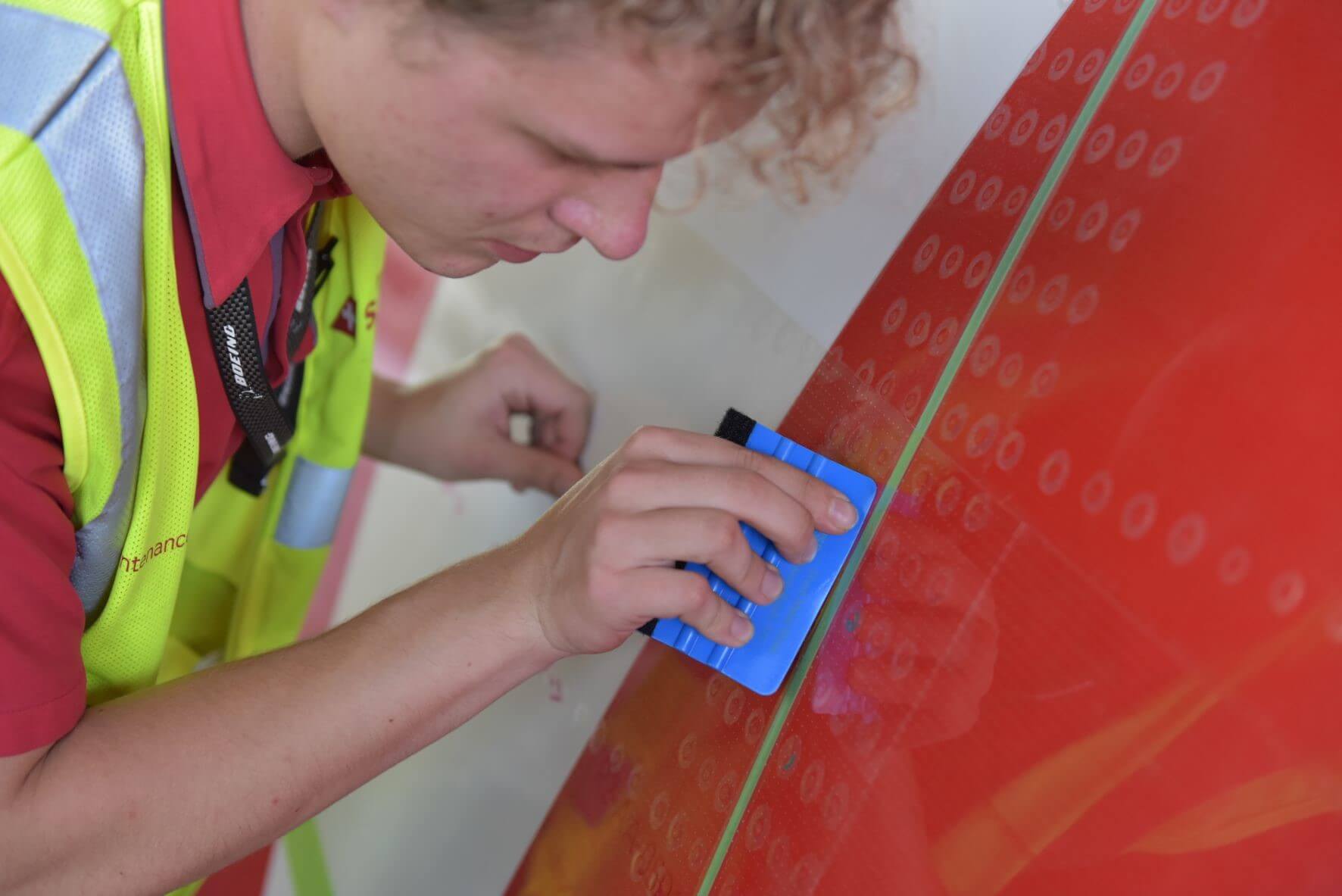 The film is modeled on the microscopic structure of shark skin and is applied to the aircraft’s outer skin.

The Lufthansa Group will be the first airline group in the world to equip more than 20 long-haul aircraft in its fleet with aerodynamic sharkskin film.

In the future, all twelve long-haul B777-300ER aircraft at SWISS will fly with the fuel-saving surface technology.

The first SWISS aircraft equipped with AeroSHARK (registration HB-JNH) has already been in scheduled service since October.

This aircraft had also completed the flight test program for the certification it has now received.

In January 2023, the next Boeing 777 aircraft in Frankfurt and Zurich are scheduled to be modified with the riblet films.

“For a more sustainable future in aviation, we are consistently driving change in our industry,” said Christina Foerster, Member of the Lufthansa Group’s Executive Board, responsible for Brand and Sustainability.

“With the broad rollout of the AeroSHARK surface technology developed by Lufthansa Technik together with BASF, we are once again underlining our innovation leadership.

“We are the first airline group worldwide to use this new technology.

“By covering more than 20 aircraft with the new sharkskin film, we will reduce the Lufthansa Group’s CO₂ footprint by more than 25,000 tons annually.”

AeroSHARK consists of millions of ribs around 50 micrometers in size, known as riblets.

They imitate the properties of sharkskin and thus optimize aerodynamics at flow-relevant points of the aircraft such as the fuselage or the engine nacelles.

As a result, less fuel is required. By covering 950 square meters of a Boeing 777-300ER’s outer skin, for example, annual savings of around 400 tons of kerosene and more than 1,200 tons of CO₂ can be achieved. 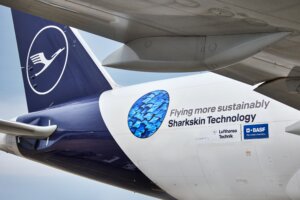