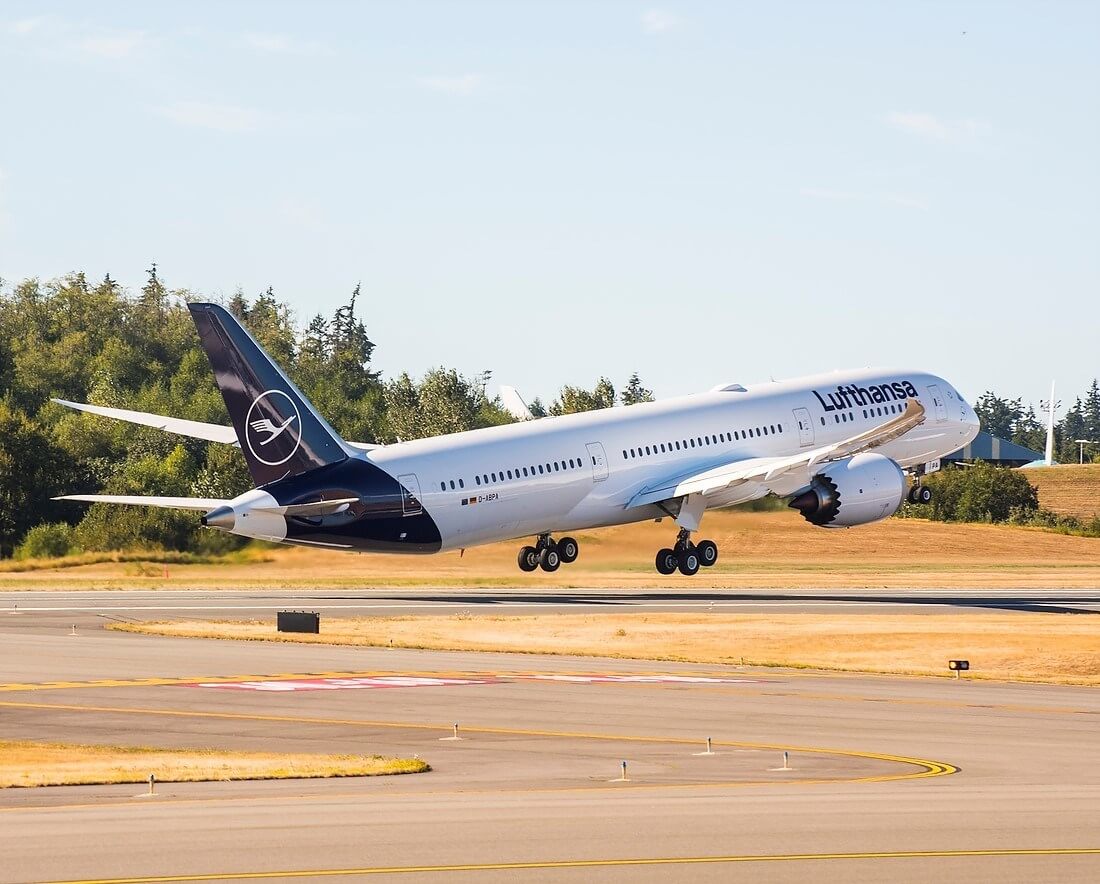 Boeing and the Lufthansa Group today celebrated the delivery of the first 787 Dreamliner, a 787-9, to Europe’s largest airline group at Paine Field, Everett, Wash.

The Lufthansa Group has 32 firm orders for the 787 and joins nearly 50 customers worldwide in operating the industry’s most fuel efficient and capable airplane.

Boeing designed the 787 family with superior efficiency, which allows airlines to profitably open new routes and fly people directly where they want to go in exceptional comfort.

Using 25% less fuel and creating 25% fewer emissions than the airplanes they replace, the 787 family has avoided more than 125 billion pounds of carbon emissions since entering service in 2011.

“With the Boeing 787, we are introducing another modern aircraft type that is one of the most fuel-efficient long-haul aircraft in our fleet,” said Jens Ritter, CEO Lufthansa Airlines.

“This will allow us to significantly further improve the average CO2 balance.

This aircraft is sustainable and offers customers a premium flying experience.”

Since revenue service began in 2011, the 787 family has launched more than 325 new nonstop routes around the world, including approximately 50 routes opened since 2020.

“Today’s delivery to the Lufthansa Group is a significant milestone for both companies as we resume European 787 deliveries and Lufthansa receives its first 787,” said Stan Deal, president and CEO of Boeing Commercial Airplanes.

“I am delighted to see Lufthansa join a growing set of airlines worldwide operating the industry’s most capable twin-engine airplane.

“With unmatched fuel efficiency and huge passenger appeal, the 787 will play an integral role in the Lufthansa Group’s long-haul network.”