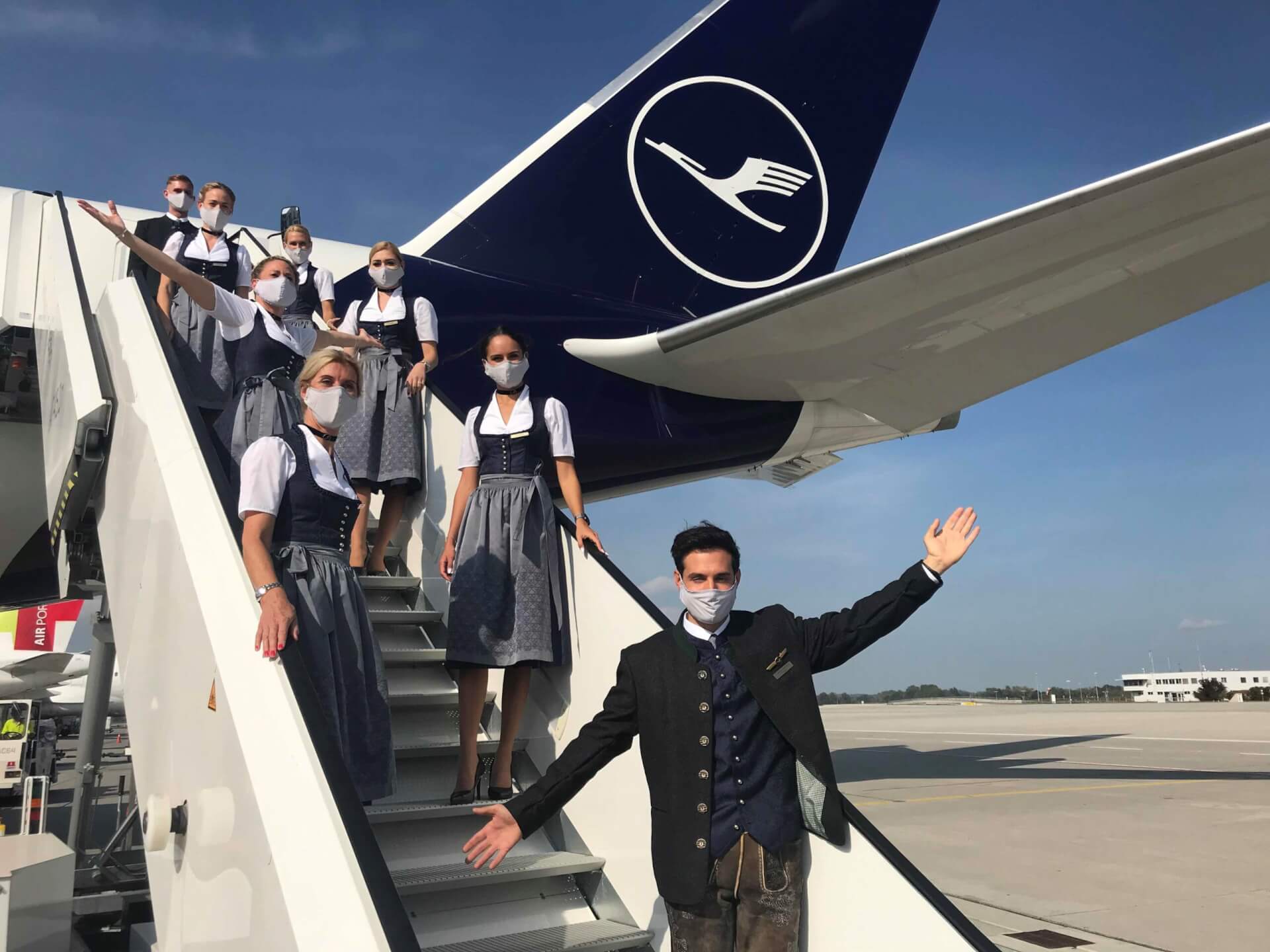 Lufthansa is keeping up the tradition of flying in traditional costumes – even if the actual Munich Oktoberfest cannot take place this year.

As a tribute to the world-famous folk festival, nine flight attendants will take off from Munich to Charlotte/USA with the Airbus A350 on September 22, followed by Denver on October 3.

At the same time, Lufthansa is celebrating a special anniversary: The first flight from Frankfurt to Denver took place 20 years ago, followed by Munich-Denver five years ago.

This year, the Trachtencrew will also be traveling within Europe more frequently than in previous years: already yesterday  on September 15, it flew from Munich to Málaga and on September 18, the original start of the Munich Wiesn, it will fly to to Funchal.

Lufthansa CityLine’s Trachtencrew takes off for about 40 flights in Germany and Europe.

From September 20 to October 3, they will fly to Copenhagen, Dublin, Alicante and Sofia, among other destinations, as well as to Münster/Osnabrück, Bremen, Paderborn and Dresden.

As in previous years, the Lufthansa crews’ traditional costumes were designed by Munich-based costume specialist Angermaier.

The flight attendants’ Wiesn dirndl is dark blue with a silver-grey apron, while the men wear short leather trousers with a dark blue vest in the same fabric as the dirndl.

For years, it has also been a tradition for Lufthansa’s passenger service staff in Terminal 2 to greet passengers in dirndl and traditional costume during the Wiesn season.