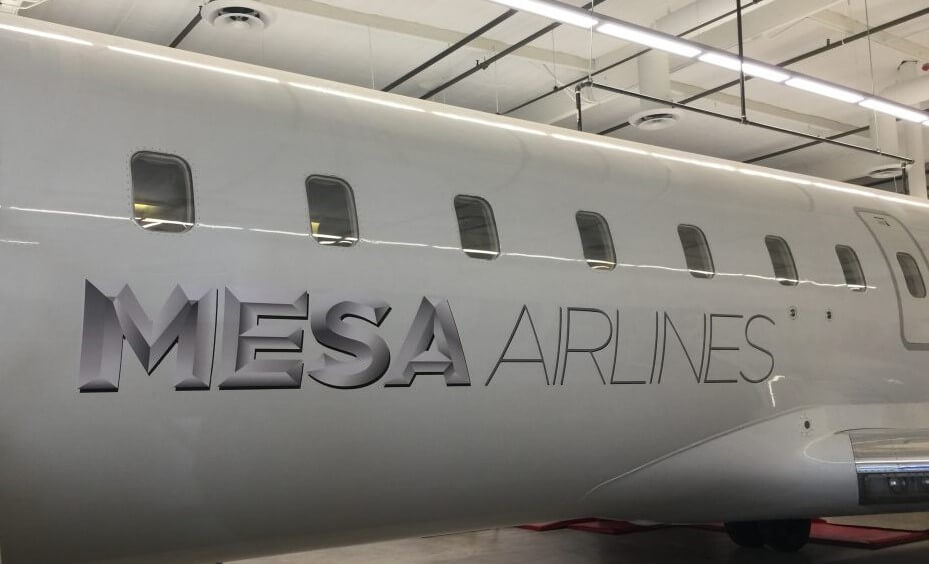 Mesa Airlines announced today that it has purchased 29 state-of-the-art Pipistrel Alpha Trainer 2 aircraft, with the option to buy an additional 75 over the next year.

The new fleet will be the backbone of the Mesa Pilot Development Program (MPD), a major initiative to close the pilot shortage gap that has been affecting the industry over the last several years.

As part of the program, pilots will be provided with the opportunity to accumulate up to 1,500 flight hours required to fly a commercial aircraft at Mesa Airlines.

The company is investing in the new program to alleviate the pilot shortage while giving new pilots a direct route to a long-term career.

Jonathan Ornstein, Chairman and CEO of Mesa said, “The pilot shortage could become a permanent feature of the airline industry if we don’t get more aviators into the system.

“It is basic math. If there aren’t enough trained pilots, customers suffer from loss of service and high-ticket prices.”

The aircraft will go into operation in Inverness, Florida starting in October 2022, with expansion to Arizona over the next year.

At full strength, the fleet will have capacity for up to 2,000 daily hours of flying time and is expected to accommodate more than 1,000 pilots per year.

Ornstein continued, “We believe there is no faster way for a new aviator to enter commercial aviation and ultimately be employed at a major airline.”

In April of 2022, Textron Aviation acquired Pipistrel Aircraft, an award-winning pioneer and global leader in training, utility, and recreational aircraft.

Pipistrel was also the first manufacturer to certify a fully electric aircraft.

There are more than 2,700 Pipistrel aircraft operating in the US and other countries throughout the world.

Qualified pilots who join the program will be offered up to 40 hours of flight time each week.

Flight costs of $25 per hour, per pilot, will be fully financed by Mesa with zero interest, providing no upfront out-of-pocket expense for flight time while the candidate is accruing the required hours to earn their Airline Transport Pilot (ATP) certificate.

As part of their commitment, flight costs will be repaid over three years during the term of employment at Mesa Airlines.

Mesa first year pay rate of $100/hour is currently the highest in the regional industry.

In addition, all Mesa pilots can join United’s Aviate program which offers a direct flow to United Airlines.

“Our program will be the most cost effective and one of the fastest routes to a long-term career as a professional pilot” said John Hornibrook, SVP Flight Operations.

“We want to make it as easy as possible for a whole new field of candidates to join Mesa, including and especially people who might not have traditionally considered aviation.”

The 1,500-hour federal mandate has made it particularly difficult for minority and other disadvantaged communities to become commercial pilots due to the high costs and training time needed. This program helps mitigate this significant barrier to entry.

According to federal statistics, the airline and commercial industry needs approximately 14,500 new pilots annually; however, average annual production of new pilots only meets approximately 44 percent of the need.

The US produces an average of 6,335 newly certified pilots each year that are eligible for hire by the airlines.

This leaves a gap of 8,165 jobs unfilled across the aviation industry. This is despite many airlines dramatically raising pilot pay.

The shortage has forced airlines to reduce routes to many destinations and increase ticket prices, adding to overall inflation.

“In some cases, routes that get cut as a result of the pilot shortage are the only commercial air services to those communities,” said Ornstein.

“Without action now, the U.S. air travel system may be snarled for the next decade. The stakes are high for both passengers and the U.S. economy.”

Fewer pilots coming out of the training pipeline is largely influenced by the 2013 Federal Aviation Administration (FAA) regulation that increased the number of flight hours prospective pilots need for an ATP certificate from 250 to 1,500.

After graduating from flight school, newly licensed pilots may have to pay up to $250,000 to accumulate enough flight hours to qualify to fly for a commercial carrier—and the process often takes two to three years.

“Mesa’s Pilot Development program is an example of the private sector working to solve the challenges created by new regulations,” said Ornstein.

“No other country in the world has adopted the 1,500-hour rule.

“This creates a situation where many foreign licensed pilots can fly over this country and into some of the world’s busiest airports even though they would not be considered experienced enough to fly a commercial aircraft by the FAA.”