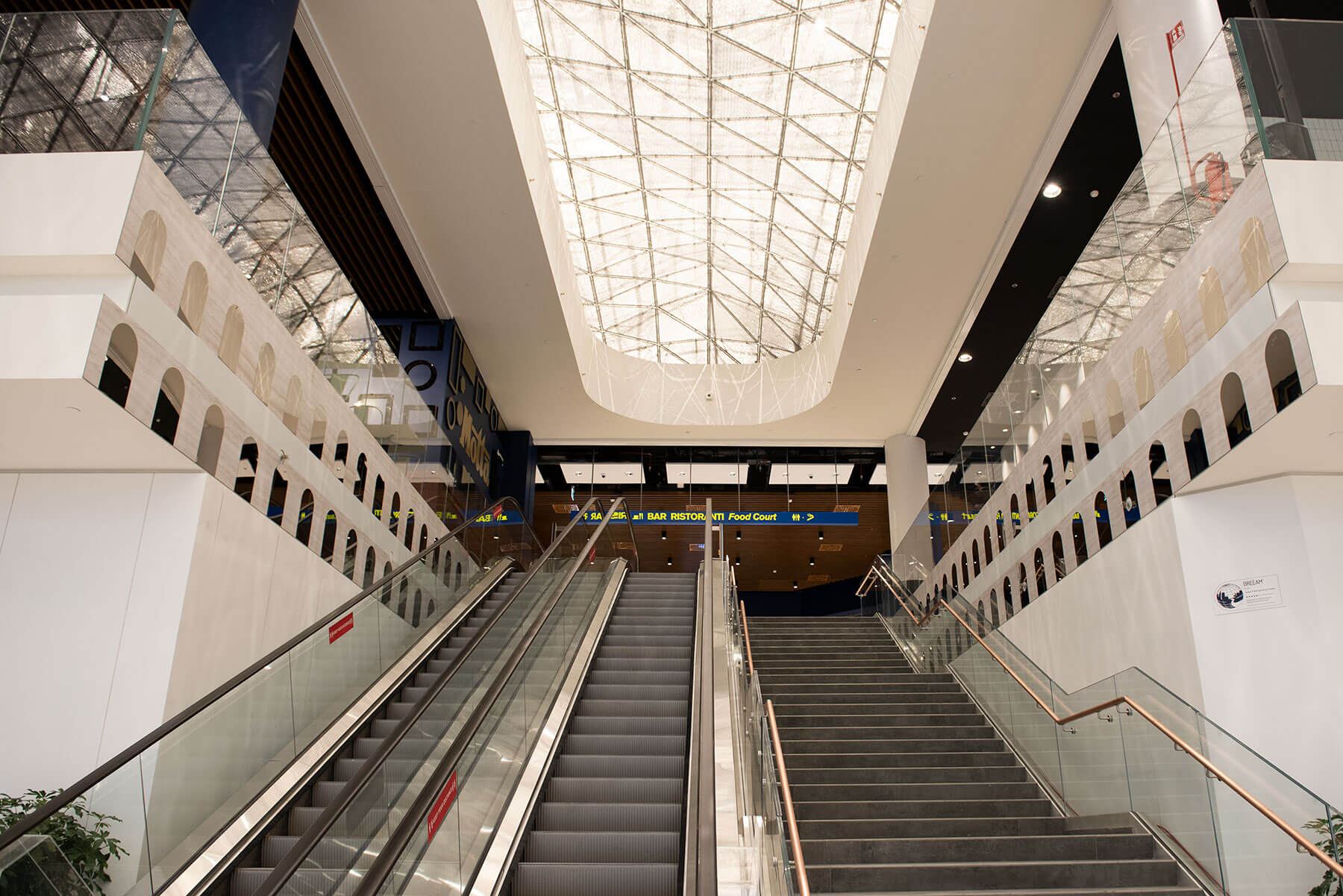 The restyling of Milano Linate airport was presented early June with the President of the Italian Republic, Sergio Mattarella, in attendance. After major redevelopment work that began in 2019 and has been completed on schedule, Milan’s city airport has an all-new look.

After the façade makeover in 2018, the terminal’s architectural and ambience restyling project began.

The aim was to give the Milan city airport a new identity that would characterise the spaces, atmosphere and materials, in order to improve the traveller experience and customer satisfaction of passengers.

For the operational areas, the project was inspired by the guidelines of neuroarchitecture, which is neuroscience applied to architecture, aiming to create spaces capable of fostering well-being while reducing stress and anxiety to a minimum.

Work on the Linate terminal involved the architectural and functional redesign of the check-in area, security filters and duty-free area.

The terminal has also been expanded with a new area developed across three levels, including new gates numbered 1 to 8, a new shopping arcade and a new food court.

The check-in area has been redesigned with a double-height ceiling and with the inclusion of plants overlooking the first floor, giving the environment a ‘green’ touch.

The existing suspended ceilings have been replaced with wood-effect baffle slats alternating with plasterboard sails that enhance the perception of the surrounding space.

An integrated lighting system emphasises the curved lines of the sails and the LED profiles alternating with the baffles.

The check-in desks have been redesigned to identify the SEA brand, with a design with soft edges, covered in brass.

Ad hoc lighting has been arranged above the desks with an overlying band in line with the design of the desks.

The architectural elements, colours and materials used for the walls, floors and ceilings were chosen to reduce as much as possible the stress that security checks can cause passengers.

Not only that, but latest generation technologies have also been incorporated into the security area to simplify and speed up security checks.

The high efficiency of the system allows for screening without the need to separate electronics and liquids from carry-on baggage, further enhancing the travel experience.

The innovation of Linate’s security system starts from check-in: with the Face Boarding system, passengers can associate their biometric fingerprint with their ID and boarding pass and they now no longer have to show any ID until they board, speeding up transit through the various checkpoints.

In order to create a sense of place in tune with Milan, which has always been at the forefront of Italian design in the world, a partnership has been set up with the Triennale Design Museum.

This has enabled the installation of historical works by famous Italian designers along the passenger flow, enriching the airport’s cultural value and giving more of an identity to the airport terminal, historically considered a ‘non-place’.

The new terminal area has obtained BREEAM In-Use excellent certification, the environmental certification for buildings constructed according to sustainability principles.