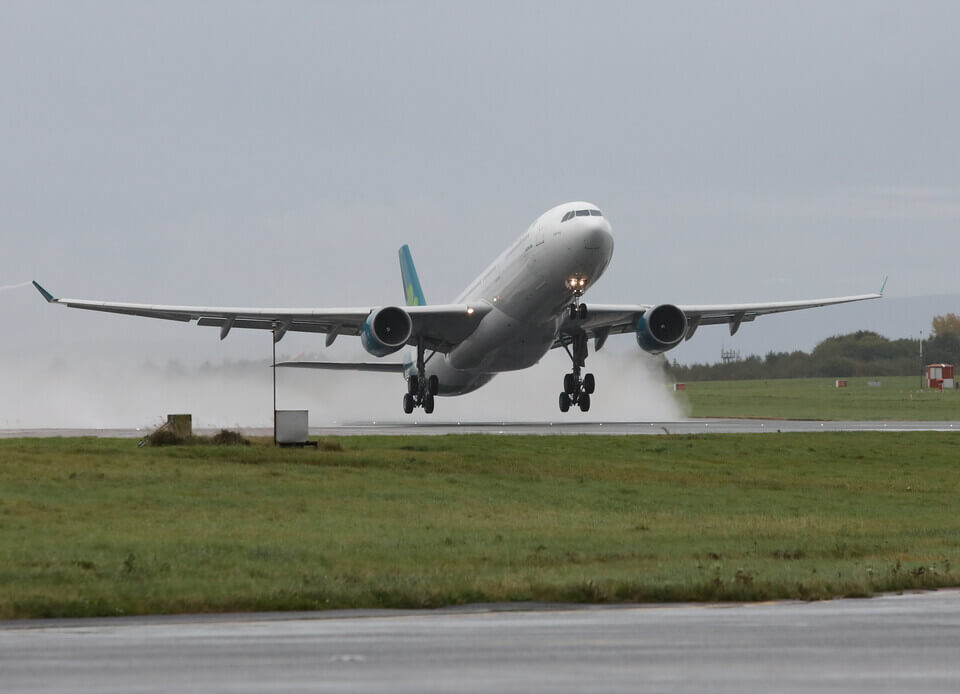 A number of additional Aer Lingus flights have been cancelled this weekend due to a spike in Covid-19 cases among staff.

The airline had already announced the cancellation of three return services today between Dublin and London, Dublin and Amsterdam, as well as a return flight between London and Knock.

Three further return flights, which had been scheduled for tomorrow, have now also been cancelled.

Industrial action by ground-handling workers at Lyon Airport in France has also required the cancellation of two return flights to Lyon today.

It means a total of 16 flights have been cancelled this weekend, following dozens of cancellations earlier in the week.

Aer Lingus has renewed its apology to the affected passengers.

The airline said teams are working to accommodate those affected “on the next available services as efficiently as possible”.

In a statement, Aer Lingus said it “anticipated the return of demand for travel once Covid restrictions were removed and built appropriate buffers into our plans in order to deal with a reasonable level of additional disruption”.

“System pressures and ongoing issues at some airports and among third party suppliers have created considerable operational challenges which have been compounded by a significant spike in Covid cases in recent days,” it added.

Aer Lingus has also advised customers affected by the flight cancellations that details of their rights and the airline’s obligations under EU regulations can be found on its website.

A number of other airlines have also grounded services today, including two TAP Air Portugal flights between Dublin and Lisbon.

An Eastern Airways flight from Southampton, England, to Dublin has also been cancelled.

The Consumer Association of Ireland (CAI) said passengers who have had their flights cancelled are “well provided for under EU law”.

The CAI’s Policy and Council Adviser, Dermott Jewell, said a number of options are open to those who are impacted.

Mr Jewell said carriers are “obliged to meet at least one of those options” under the EU regulations.

He also said if a passenger “needs to be sent away from the airport and brought back, then you’re entitled to a number of e-mails or phone calls to facilitate that, transportation to and from, and if necessary to be accommodated in a hotel with some meal for a night or whatever it takes to get you to that re-routed point of being able to take off again”.

Mr Jewell said those impacted may also be “potentially entitled to compensation” and he advised passengers to “keep a record of anything and everything and every receipt most definitely”.

Meanwhile, Spain-based cabin crew at Ryanair plan to strike for 12 days this month to demand better working conditions, the USO and SICTPLA unions said today, raising the prospect of travel chaos as the summer tourist season gets under way. The announcement came on the final day of the crews’ current strike, which began on Thursday and forced Ryanair to cancel 10 flights in Spain on Saturday.

Cabin crew will strike on 12-15 July, 18-21 July and 25-28 July across the 10 Spanish airports where Ryanair operates, the unions said in a statement.

“The unions and crew of Ryanair…demand a change of attitude from the airline,” they said in a statement, calling for Ryanair to resume negotiations on working conditions.

The unions also urged the government “not to allow Ryanair to violate labour legislation and constitutional rights such as the right to strike”.