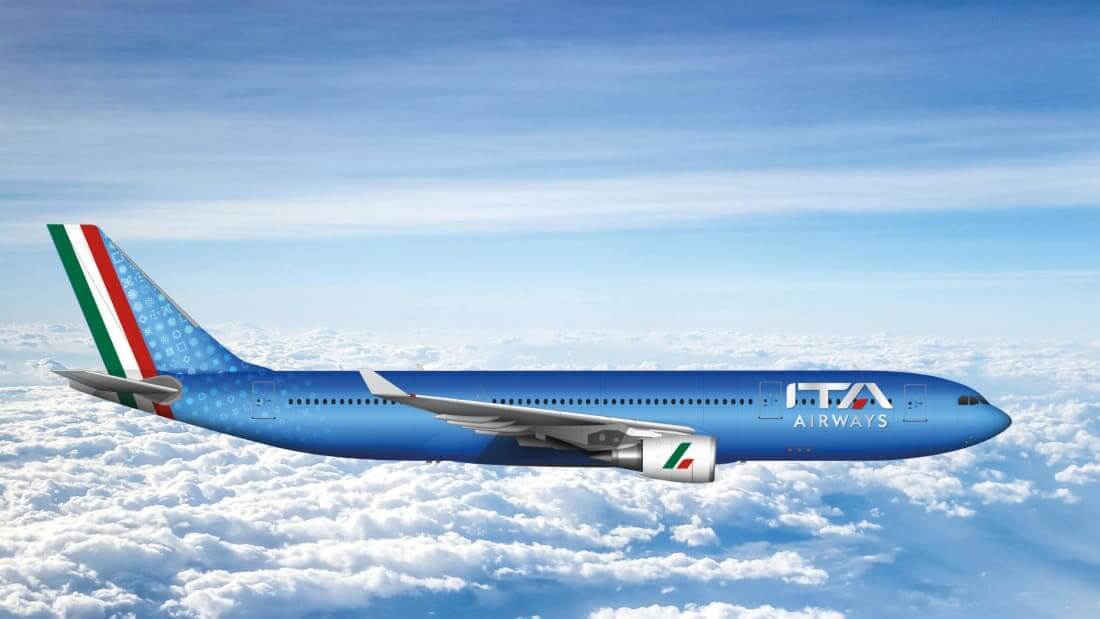 The transaction would have a value of between 1.2 billion euros ($1.4 billion) and 1.5 billion euros, according to people familiar with matter who asked not to be identified disclosing private information.

Lufthansa would act as an industrial partner and will consider equity involvement, it said separately. The German firm is unlikely to make an immediate investment, other people close to the situation said.

ITA, the successor to defunct Alitalia, is attractive for the synergies it would offer in both the cargo and passenger sectors, according to MSC.

The Geneva-based shipper, owned by the Italian Aponte family, recently became the world’s largest container line in an industry flush with cash after pandemic-driven demand for consumer goods propelled it to the most profitable year ever. MSC also operates the world’s third-largest cruise brand.

Interest in ITA has heated up since it began flying in October. Chairman Alfredo Altavilla has made plain he’s positioning the firm for investment from a major airline in an industry dominated by bigger players, setting a goal of finding a deal by the end of this year.

Lufthansa, linked frequently to ITA, would help develop a commercial strategy for the business, though this work is not yet advanced, according to people with knowledge of the situation. The stock traded 2.1% higher at 6.7 euros as of 1:31 p.m. in Frankfurt Tuesday.

Executives at the German firm have previously said that the new airline’s network would complement its own, with ITA’s Rome hub, for example, bringing more passengers to African flights operated by its Brussels Airlines unit. Collaboration on North Atlantic flights would also neutralize competition between Lufthansa’s flights from Munich and the Italian firm’s Milan services.

Lufthansa is exiting restrictions on merger activity that came with its 9 billion-euro government bailout. Germany still owns a stake, but Europe’s biggest airline group has paid back all of its state loans, freeing it up for foreign investments should it so choose.

“We will use the next 90 days to explore all possible options for collaboration, including a possible equity investment,” Lufthansa said in an email.

The approach provides a significant boost for ITA, given the standing of MSC and Lufthansa, German newspaper Handelsblatt cited Altavilla as saying. He also highlighted the proposal’s industrial logic, including freight synergies and ITA’s ability to fly passengers to MSC’s cruise ships, according to the report.

One other possible contender, Delta Air Lines Inc., said this month that it’s not interested, though ITA has taken Alitalia’s place in the Atlanta-based company’s Sky Team global alliance.

A bid for ITA could herald another chapter in the decades-long saga of Italy’s search for a viable national carrier. It comes as airlines seek to move beyond Covid-19, which has crushed demand for two years. The pandemic proved to be the final blow for Alitalia after it had already racked up debt.

Altavilla has also made progress thinning down the ITA predecessor’s payroll and set plans to modernize the fleet with a deal for 59 Airbus SE jets. Still, he has said the company is too small to survive alone, even after Italy provided it with more than 700 million euros about three months ago.

MSC has benefited from a surge in shipping fees during the pandemic, with freight rates out of Shanghai jumping about five-fold over the last 18 months. The company has overtaken A.P. Moller-Maersk A/S as the world’s No. 1 container line by capacity, according to Alphaliner data published this month.

The group, founded by Gianluigi Aponte, who remains chairman, operates of a fleet of 560 container vessels calling at about 500 ports around the world. It also controls MSC Cruises, the world’s largest closely held cruise company, while holding a majority stake in port-management firm Terminal Investment.

While tieups between the marine and air-transport sectors are relatively rare, MSC’s French container rival CMA CGM SA has begun a major push into aviation with moves to establish a fleet of nine Airbus freighter aircraft.

MSC said it requires a period of 90 business days to conduct exclusive talks on a potential deal. The group is already pursing a major takeover after offering to buy the African transport and logistics business of Bollore SA for 5.7 billion euros including debt in December.

— With assistance by Alberto Brambilla, and William Wilkes